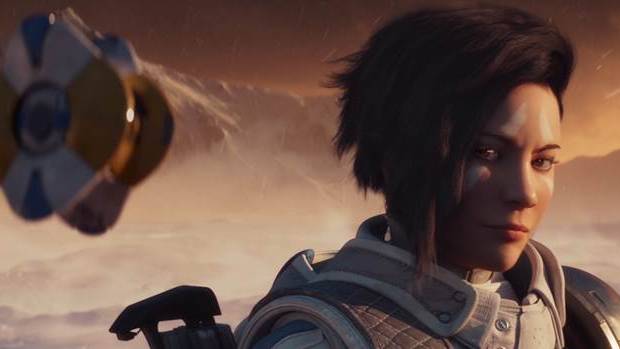 This Week at Bungie, we introduced you to Warmind

This week at Bungie, we introduced you to Warmind.

Several waves of developers talked about what you’ll find in the game on May 8. Creative Director Brent Gibson from Vicarious Visions joined Design Lead Evan Nikolich from Bungie on our Twitch stream to talk about Destiny 2: Warmind. It was the first conversation about a new story created by two studios working as partners. After a quick tour of Hellas Basin and an introduction to Ana Bray, the team dove into a bit of gameplay. Design Lead Jacob Benton and Design Lead Ben Wommack walked through Escalation Protocol, a new cooperative endgame activity with some intense challenges and exclusive rewards. For the final act, Senior Crucible Designer Kevin Yanes gave the team a preview of Seasonal Crucible Rankings and Private Matches, with Cozmo riding “shotgun,” while Senior Sandbox Designer Jon Weisnewski and Sandbox Design Lead Josh Hamrick spiced the live fire exercise with some commentary about how Exotic weapons are evolving for all players in Season 3.

If you missed the stream, catch up here.

There’s a lot more to share today about Season 3…Read on for more!

How do you make an Exotic feel more Exotic? It’s a two part question, including how it feels to acquire and upgrade the weapon and how it feels to use the weapon. Investment Designer Mark Uyeda is here to walk you through the process. To read more, head over here.

Over the last few weeks, Senior Sandbox Designer Jon Weisnewski has been giving previews on how some Exotic weapons are evolving at base level to feel more powerful in Season 3. Let’s keep the streak up. Up for conversation this week are:

To stay in the loop with development updates and video, make sure you’re following @Bungie on Twitter. For more information, head over here.

Since their original announcement, Seasonal Crucible Rankings have been a hot topic. The Crucible team has been hard at work to implement the system. Starting with Season 3, Crucible Ranks will be available to all players of Destiny 2. Senior Crucible Designer Kevin Yanes gave a quick overview on stream of what to expect. We’re diving deeper into the weeds to answer some of your burning questions, including:

To read more, head over here.

Playing the role of matchmaker isn’t an easy feat. In Destiny 2 Update 1.2.0, the Crucible team will be addressing player feedback about pre-made Fireteams being matched against solo players. PvP Design Lead Derek Carroll has a quick breakdown of the changes that are going in, and what players can expect starting May 8:

Derek: From reading your feedback and looking at data, it’s clear that solo players are facing an uphill battle in the Crucible when they encounter well-coordinated opponents. Players in Fireteams have a substantial advantage, particularly as average skill increases. In the current Crucible, solo players at virtually all skill levels win fewer than half of their games.

We’re making some under-the-hood adjustments to try to ensure that even when solo players do end up fighting against Fireteams, they’ll be doing it on a more-even battlefield.

Instead of using your normal skill value when in a Fireteam, we will use a modified value that takes your Fireteam size into account. The larger your Fireteam, the larger the potential modification. We don’t want to try to completely nullify the benefit of team-play, so our initial values are conservative and can (and will) be tuned as we see the system working in the wild.  All of these settings can be configured on our servers without waiting for a new update, so we’ll be able to make additional tweaks based on what we see.

Lord Saladin returns for the final bout of Iron Banner in Season 2.

Begins: Wednesday, May 2 in ANZ

Ends: Wednesday, May 9 in ANZ

The game is Control!

As some of you may have noticed, the team are diving back into the Iron Banner playlist pretty quickly compared to previous months. Senior Designer Jeremiah Pieschl gave a quick rundown of initial feedback we’re looking to address since 6v6 went live:

Jerpie: While we continue to evaluate the feedback and data from the last Iron Banner Control with 6v6, we’ve heard two messages very clearly. Having more opportunities to play 6v6 is highly desired and Control remains the most popular mode for 6v6. As such, you can expect Iron Banner to feature 6v6 Control exclusively moving into Season 3.

As a warning, this will be your last chance to earn Season 2 ornaments, so make sure to jump in and complete those objectives.

With the introduction of Exotic Weapon Masterworks and Crucible Ranks, the team are expecting to see many players challenging themselves to master activities that they may not have engaged with before. The videos you find here may be a source of inspiration or even strategy for approaching engagements in a different manner.

If you’d like a chance to earn the Lens of Fate emblem, make sure to submit your video to the Creations page on Bungie.net and include #MOTW in your title.

Last week, The Arms Dealer was the featured Nightfall for the first time since Nightfall Strike Scoring was introduced. On May 8, the team will be addressing the Lost Sector strategy used to boost scores to the moon and back – but it’s great to celebrate those who are reaching for the stars. Shout out to Johny_Hopkins for appearing on two of the top scoring fireteams!

We’re less than two weeks out from Warmind and the beginning of Season 3. Restoring the hobby in Destiny 2 has been a major goal throughout the development process, and what you’ve read above are a few steps in that direction. Soon, it’ll be in your hands – and the team will be at the ready to process your feedback.

See you in the Crucible? Before you go – if you’re excited for Warmind, Associate Artist Joseph Biwald cooked up a few Twitter banners for you. Enjoy!