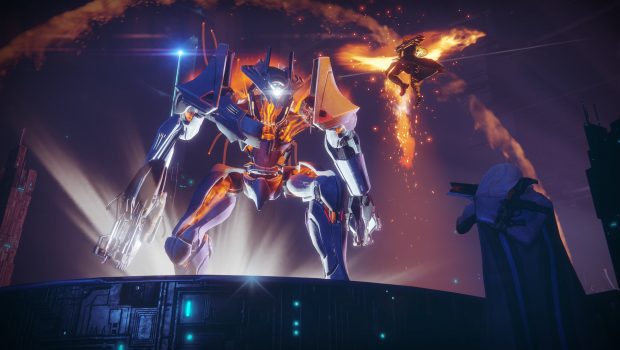 This week at Bungie, Lord Saladin returned to host the final 4v4 Iron Banner. New weapons are directly available from Saladin’s stock, or can be earned through Iron Engrams. This isn’t your last chance to earn those Season 2 ornaments, as Iron Banner will return after Destiny Update 1.1.4 is released, featuring 6v6 gameplay.

Last week, the Cozmo asked readers to set an agenda on what would be discussed in this week’s article. The overwhelming response was: Sandbox!

While the team is still in the process of finishing development 1.1.4, Senior Crucible Designer Kevin Yanes and Design Lead Josh Hamrick are here to get a bit more granular with what’s coming on March 28 in ANZ. To read more, head over here.

Companions to us all

As Destiny 2 continues to evolve, the Bungie.net team is also hard at work processing feedback and bringing updates to the Companion experience. Today, Associate UX Designer Joey Carpenter is here to walk us through some changes that the team deployed to the Companion App earlier this week. To read more, head over here.

Whether you run solo or with a fireteam, the Creations page is open to all who wish to submit moments of greatness. We’re constantly on the lookout for footage that inspires, and this week, we’ve witnessed some stellar gameplay in both PvE and PvP. Give them a watch, maybe you’ll be inspired to take on a Raid boss solo.

Here are this week’s winners:

Cheers to this week’s winners. If you’d like a chance to receive the Lens of Fate Emblem, make sure you tag your submission with #MOTW.

Since Tuesday, we’ve had quite a few players asking about the top Nightfall scores recorded for the Tree of Probabilities Strike. We’ll be highlighting top fireteams each week. As a note: we’re aware of an issue where Lost Sectors are currently contributing points to the Nightfall scorecard, which we are aiming to resolve by Update 1.2.0. Until resolved, you may find the top scores to be… huge!

While the Lost Sector strategy will live until May, we are actively collecting data on scores from percentiles of the player base. Score pars for emblem variants are still at 20, 40, 60, and 80k points, but expect these to be adjusted in the future. High scores achieved through creative use of Lost Sectors will not be factored in when setting these new score pars. We’ll keep you informed through @Bungie on Twitter for what to expect!