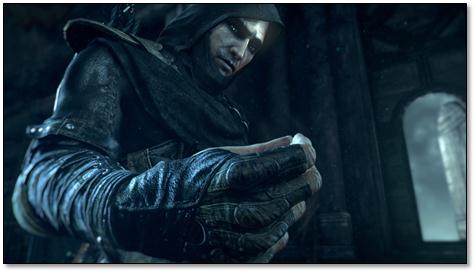 Get your first in-game look at Garrett’s hideout, the dark alleys of the City, and your old friend and fence Basso. See all the pillars of Thief gameplay in action – Infiltration, Theft and Escape – as Garrett enters Baron Northcrest’s manor to steal the Heart of the Lion before making his escape.

THIEF is due for release on Windows PC, PlayStation®3, PlayStation®4, Xbox 360 and Xbox One across Australia & New Zealand on the 27th February 2014.