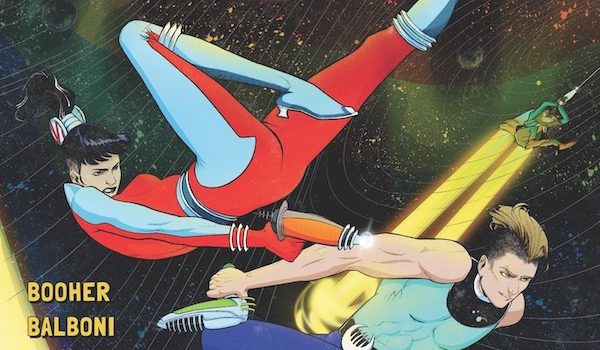 They Put the Sass in Assassin! 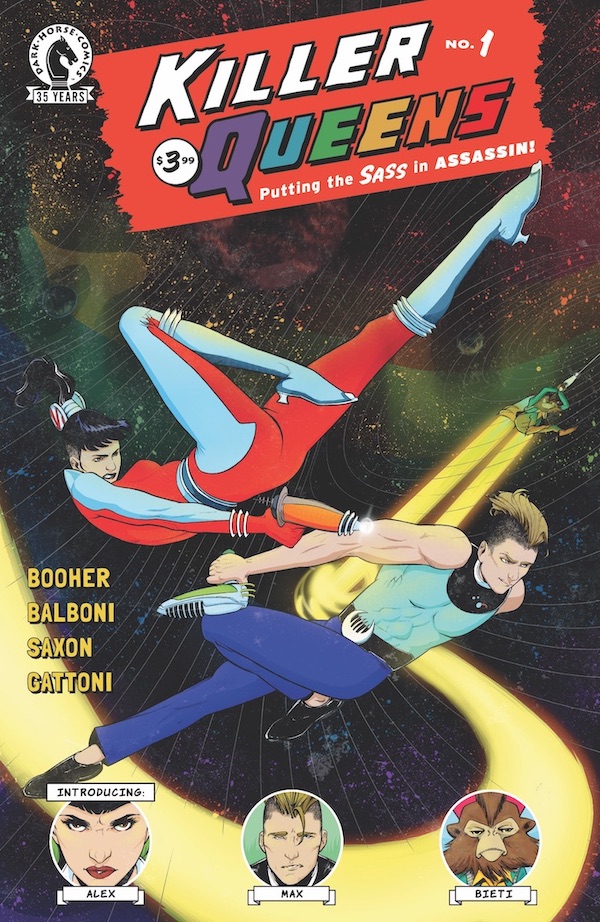 Meet Max and Alex, two gay reformed intergalactic assassins-for-hire on the run. Their former boss—a fluffy monkey with a jetpack—is hot on their tail to take back his stolen ship. Even reformed assassins have to eat, so they take a mission from Alex’s old flame: your standard no-kill, casualty-free kidnapping recovery from a nearby moon. Only complication? Half the moon is ruled by a fascist dictator hostile to foreigners. They’re the Killer Queens, so what could possibly go wrong?

Killer Queens #1 (of 4) arrives August 18, 2021, with covers by Balboni and Saxon, Chris Ables, and Jen Bartel. It is available for pre-order now through your local comic shop.

Quotes from the creative team:

“Killer Queens is a wide right turn from Canto, but that’s what I love about it. LGBTQ representation matters, and we’ve created a fun, funny space romp that features queer characters but isn’t your typical LGBTQ storyline. The entire creative team has put their hearts and souls into making this gorgeous series, and Dark Horse has put their full faith behind it. I couldn’t be more thrilled to have readers come along for this wild ride.”—David M. Booher

“When I read this story I got excited. Space, adventure, queer characters with a retro flavor style and a lot of fun. I really enjoyed drawing this queer universe and I’m thrilled to be a part of this explosive team.”—Claudia Balboni

“Killer Queens is a fresh and funny comic with queer characters and a retro feel, that’s also in space! That’s something I would have been really excited to read when I was younger and, if someone told me the team that created it was LGBTQ and that I’d be a part of that very team…? It’s a dream come true! I’m really proud to be working with really talented people and I hope the readers will enjoy reading Killer Queens as much as we enjoy creating it.”—Harry Saxon

“Lettering this book is a dream come true, and I hope readers have as much fun with it as we all had creating it. It’s an irreverent tale with very current and lovable characters, and I think its unique retro look (from the art to the letters) is a real heartfelt homage to the books we read and enjoyed in our younger years.”—Lucas Gattoni