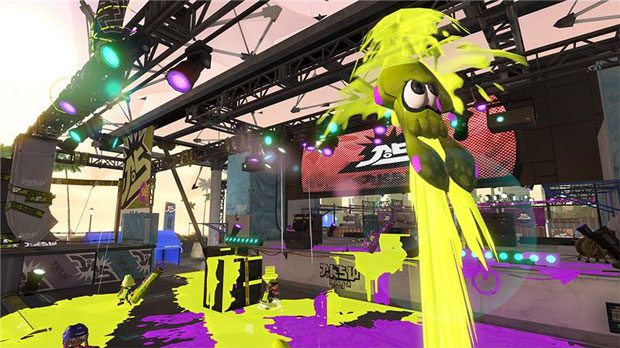 20th April, 2018 – The time is nigh for Australia and New Zealand’s finest Inklings to splat it out for ultimate glory when they meet at Supanova in Melbourne, Australia at the 2018 AUNZ Splatoon 2 Cup. Using their own Nintendo Switch consoles and copy of Splatoon 2, two highly skilled teams – last year’s runner-up “ScarthAce” and new team on the block “Yeah Nah” – will duke it out for the title of Australian and New Zealand champions and the opportunity to compete at the Splatoon 2 World Championship at E3 2018 in Los Angeles, having won the online qualifying series that have been held over the past month.

On 21st April at 1:00pm AEST, the gripping final will be played live on stage at Supanova in Melbourne and broadcast on ESL Australia’s Twitch channel, with members of the winning team walking away with the title of Australian and New Zealand Splatoon 2 Cup Champions. Furthermore, the winning team from this Saturday’s grand final event will head to E3 2018 in Los Angeles to represent Australia and New Zealand at the Splatoon 2 World Championship, competing against the best teams from Japan, Europe and the U.S./Canada.

Sharing a namesake with the most Australian of colloquialisms, Yeah Nah took the victory in Online Qualifier #1 of the 2018 AUNZ Splatoon 2 Cup.

Yeah Nah’s Charger main, Latias, competed in last year’s E3 2017 Splatoon World Inkling Invitational with Blue Ringed Octolings… and will vie to introduce her new teammates to the world stage when they take on ScarthAce this Saturday.

Not only do ScarthAce comprise the competition’s two remaining New Zealanders, but in a display of great showmanship, Clash Blaster wielder Spaceman accompanied Blue Ringed Octolings to E3 last year as their sub player for the Splatoon World Inkling Invitational.

Follow us on Twitter on the 21st of April for updates on the teams as they battle it out to be named Australian and New Zealand Splatoon 2 Cup Champions.

Don’t miss the finest Splatoon 2 teams from across Australia and New Zealand battling it out at the 2018 AUNZ Splatoon 2 Cup. The climactic grand final streamed live on 21st April at 1:00pm AEST on ESL Australia’s Twitch channel.