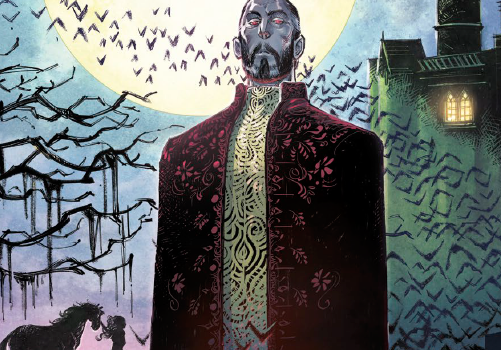 Summary: This latest entry in These Savage Shores is as stunning as it is beautiful, and poses the question "what makes a monster?"

In the wake of Hyder Ali’s betrayal, Bishan is out for blood. What makes a man a monster? These Savage Shores #4 explores this question in this tale of supernatural horror set against the backdrop of colonial era India. Written by Ram V, illustrated by Sumit Kumar, colored by Vittorio Astone and lettered by Aditya Bidikar, this issue in the series is just as beautiful and compelling as the previous entries.

With his company slain due to the sultan’s treachery, Bishan prowls the night in his bestial form slaughtering British soldiers and striking fear into the hearts of the enemy. Meanwhile the prince pleads for Bishan to return home. The vampires have come to Vikrampura in search of the one responsible for the death of one of their brood and close in on the palace. With no other recourse, the palace defenders turn to their prisoner for aid—the vampire hunter, Zachariah Sturn.

Sturn is an interesting character, and one of my favorite things about this issue (and there is a lot to love about it). An antagonist in issue #2, he’s back now as the last line of defense against the vampires. When the vampire lord asks if he killed Pierrefont, he neither confirms nor denies it, simply asking “S’pose I did?”. When asked why he did it, he tells the vampire that he’s seen things in these lands which has made him question things and how perhaps it is in our nature to thirst and hunger for blood and dust. He then suggests “Perhaps we are all monsters, eh vampire?”

In contrast to the sweltering heat felt in the earlier parts of this series, the tone in this issue is much darker. The shading and shadows are a much murkier, shadowy affair, which fits the growing darkness of Bishan’s journey as he drifts closer to his true raakshas nature. There is plenty of blood and carnage in this issue, all rendered with a real and visceral feeling. Some of the scenes during the battle with the undead horde later in the issue are particularly spectacular.

In today’s pop culture, vampires feel too watered down or overdone. That’s not the case in These Savage Shores. These vampires are more of a return to their roots. These are monstrous demonic creatures that certainly don’t sparkle. They’ll tear you limb from limb, and revert to a powerful more sinister form that’s drawn in such an awe inspiring manner.

Bishan and Kori’s tree has undergone such a huge transformation from the start of the series, having served as a metaphor for the events of the story. What began as lush and full is now withered and dying. It’s such a powerful symbol and Sumit Kumar and Vittorio Astone have done such a wonderful job representing its change.

When I was first introduced to These Savage Shores, it was a break from my usual sort of book. I’m not typically into stories involving vampires. Ram V and his team have fully won me over with this series. I’m eagerly anticipating the next entry! These Savage Shores is as powerful as it is beautiful. The story sticks with me for weeks after I’ve finished reading. A stunning work of art, and a joy to read! Giving this another perfect score. 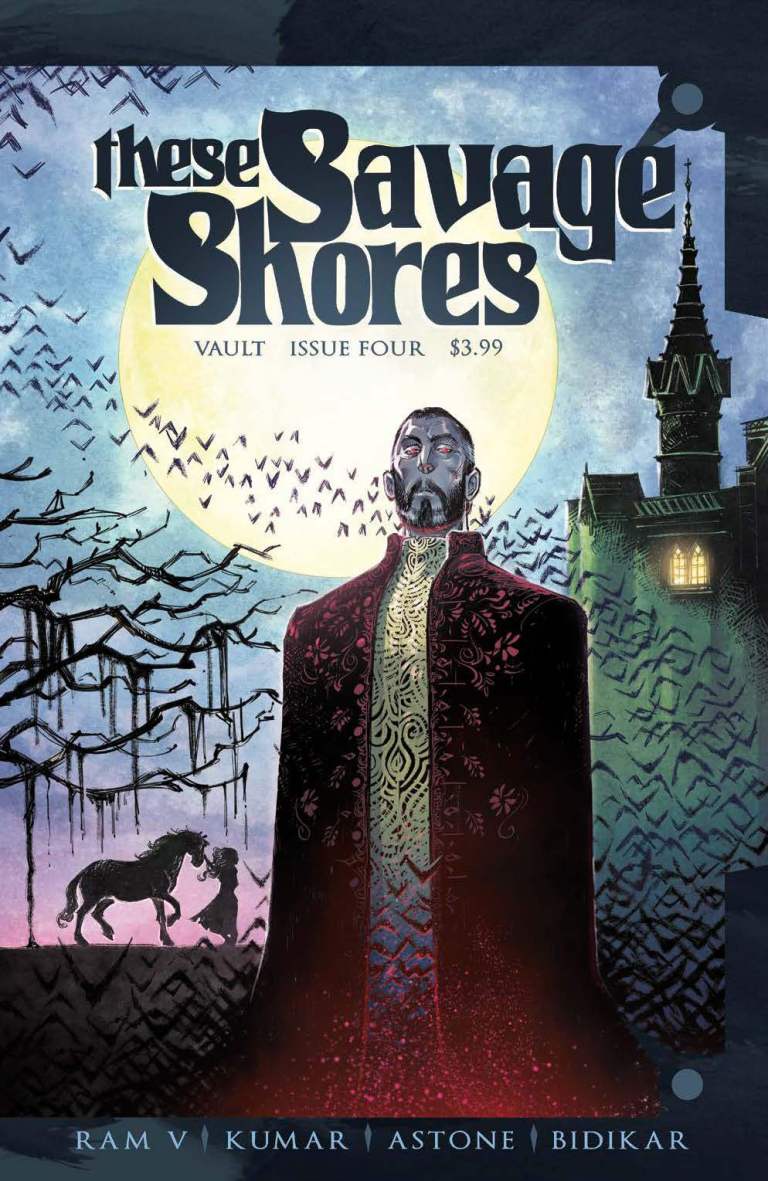