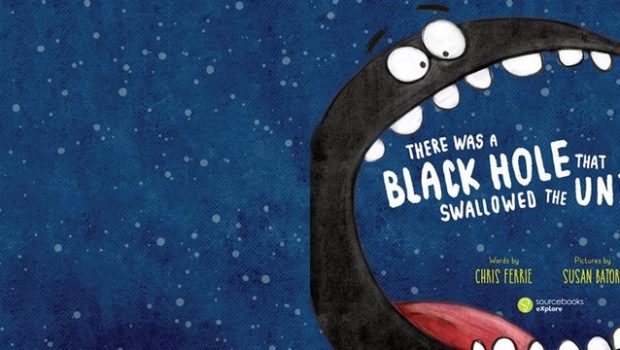 There Was a Black Hole that Swallowed the Universe Book Review

Summary: There was a Black Hole that swallowed the Universe is a fun and edutainment read from start to finish!

This entertaining beautifully presented hardcover book is based on the classic nursery rhyme of There Was an Old Lady Who Swallowed a Fly but of course (and from the title obviously) is from the perspective of a black hole!

While the author gives this black hole a personality as it gobbles everything up around it, the title also serves as “edutainment” as it touches upon various scientific and planetary elements such as stars and even cells and quarks to workings of the universe but in a fun and easy to understand way.

There was a BLACK HOLE that swallowed a STAR. It couldn’t get that far, that bright shining star.

Furthermore, the author behind There Was a Black Hole that Swallowed the Universe takes the original premise to a new level with modernity that not only reads quite well but when matched with the stylised and amusing cartoon-like illustrations, it really draws you into this enjoyable story of a black hole with a personality from the get go. Lastly, there is an element of rhyming in this clever book about a black hole that swallowed the galaxy plus the humor of … I don’t know why it swallowed the universe – oh well it couldn’t get WORSE… but it does! 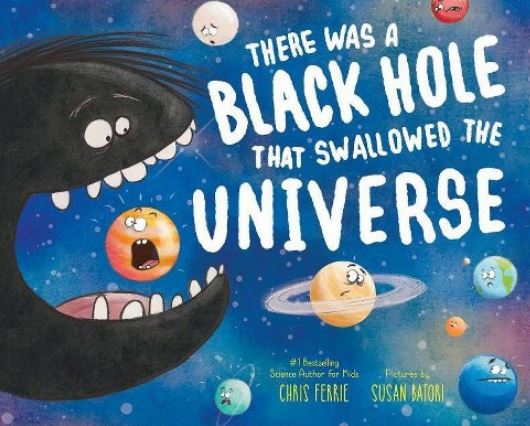