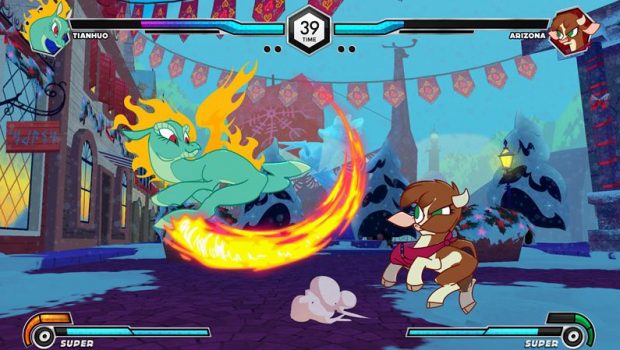 Modus Games and Mane6 have sent the hit indie 2D fighting game Them’s Fightin’ Herds stampeding onto PlayStation 4, PlayStation 5, Xbox One, Xbox Series X|S and Nintendo Switch. The release was accompanied by a new trailer showcasing the spirited four-legged fighters ready for action in the arena.

Tussle in Arcade and Local Versus Modes, practice in Tutorial and Training Modes, then dive into the game’s many online matchmaking features (with GGPO rollback netcode) to test yourself against players from around the world. Or explore an episodic Story Mode that blends top-down adventure with fighting game combat challenges.