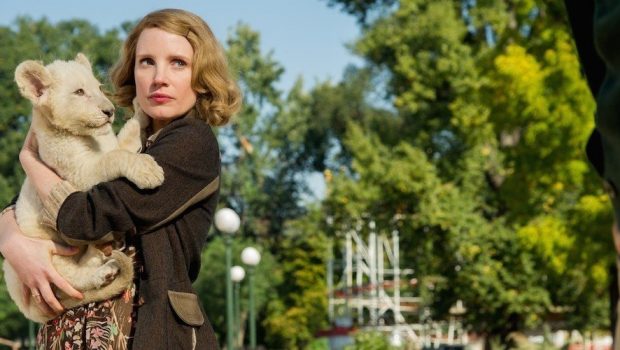 Blockbuster movies set during the Holocaust are not a rare specimen; but The Zookeeper’s Wife offers a unique unfolding of an untold story in wartime Poland, where the zookeeper of the still-standing Warsaw Zoo, Jan and his wife, Antonia – transform their zoo into a hiding refuge for over 300 Jews during World War II. At the risk of their own lives, the Zabinski’s real-life heroism pins an arresting starting point for Niki Carlo’s feature to soar, and while it stumbles in suffusing its characters with proper development, it achieves a humanist undertone unmatched in films realised in this context.

The picturesque depiction of pre-war peace swells in its beauty as the camera tracks Antonia Zabinski (Jessica Chastain) waking up the zoo, light streaming through the blue skies as she speaks to the animals as though they were humans. But this too-perfect setting is brutally shattered as Carlo unrelentingly shows the chaotic effects of the first Nazi bombs on the zoo, killing animals and sending them fleeing onto the streets – familiar territory turned into a disorderly mess, only a taste of what is to come. This is the Nazi’s image of an ideal “picture”, where the death of animals (a parallel to the Jewish extermination?) is simply part of the ‘war effort’; where the regal eagle is stuffed into an ornament, and majestic animals, previously frolicking and untroubled, destroyed into war resources. 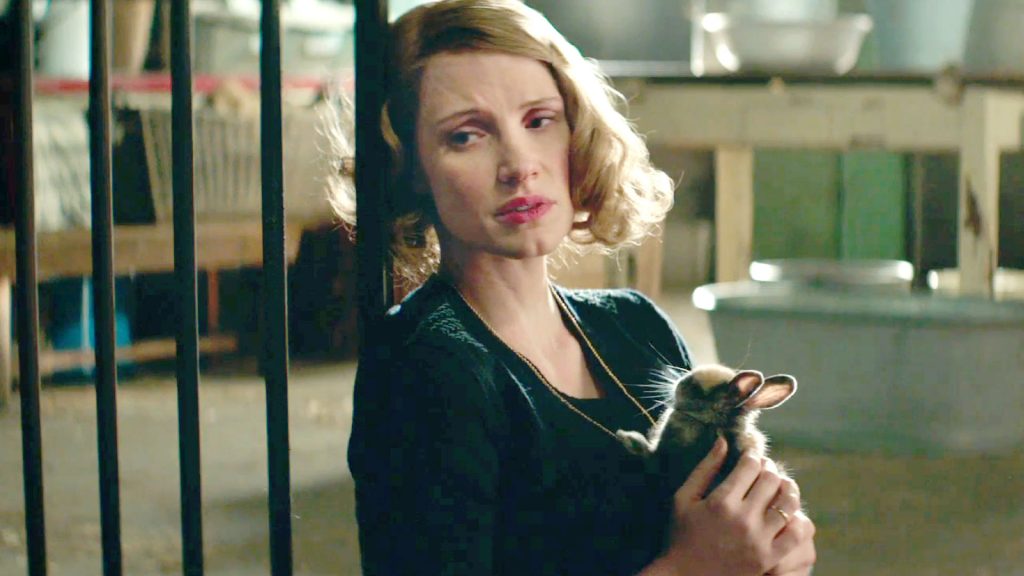 The change in perspectives results in protagonists that are no longer the victims but the middle-(wo)man. Stakes are still high as Carlo effectively crafts a tense but quiet drama that sees the transformation of the zoo into a pig-farm, and the Zabinski’s occupation in the smuggling of Jews from the Ghetto into their home. Through the stained window of Jan Zabinski’s (Johan Heldenbergh) truck, we see the appalling state of the Ghettos, but we only see what Jan does, and it is so brief; the truck must move on. 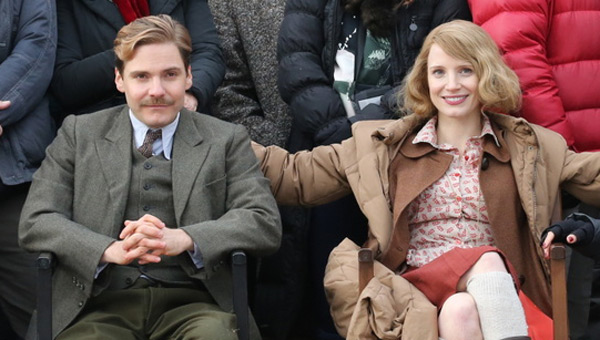 It is this frustrating impediment that Carlo’s film struggles with despite its well intentions. Although a winning and torn performance by Chastain oozes compassion that delves the film with emotive feeling, both Antonia and Jan’s inability to exercise action beyond hiding their occupants signifies their limitations in a crisis that effected millions of people. In one scene, Jan lifts children to their unknowing fates on what audiences would recognise as the carriages that would transport them to Auschwitz – a feeling of doom puts into perspective the limitations of their bravery. 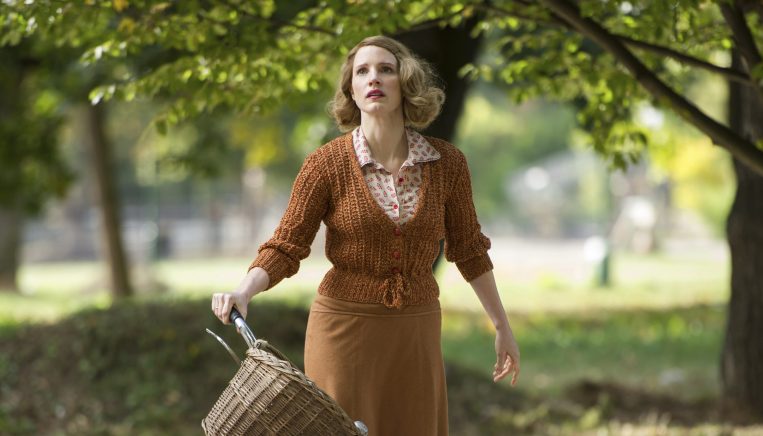 Victims of the German regime are also brushed over in Angela Workman’s script, which render them only familiar faces; seen as a collective than individuals. The potential depth of stories is sacrificed, even so for Zabinski’s own child, whose upbringing in the zoo household leads him to shout anti-Nazi rhetoric that turns the head of German zoologist Lutz Heck (played creepily by Daniel Bruhl in yet another Nazi role). 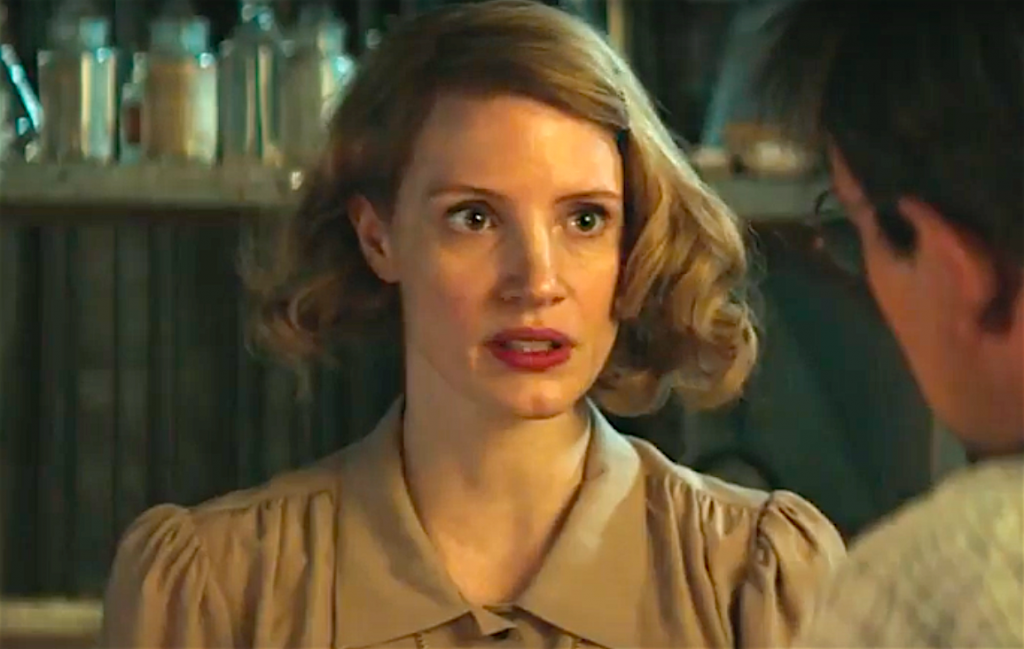 But where the film is lukewarm towards development of its supporting characters, it makes up in its tender treatment of the subject material. Carlo’s fearless use of silence is when The Zookeeper’s Wife becomes most disarming, and it’s when the courageous hearts of the Zabinskis’ are on full display.

Summary: While it stumbles in suffusing its characters with proper development, it achieves a humanist undertone unmatched in films realised in this context.