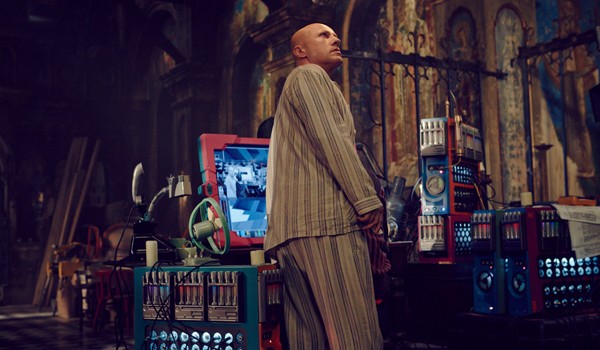 When the trailer for The Zero Theorem started appearing on the internet, Terry Gilliam fans across the world were instantly hypothesising about what was to be the outcome for the latest film from the director of the cult classic Brazil (1985). Did it look too over the top? Is the director still capable of creating visually stunning futuristic worlds with an engrossing story line? What the hell was it actually about? The end result will divide many in their opinions but there is a lot for Gilliam fans to relish in The Zero Theorem. It is a film worth watching on the big screen purely for the visual spectacle of an often bizarre but entertaining future. Not only impressive in style, the film also has a delicate human touch amongst the absurdity and life questioning thought driven narrative.

Christoph Waltz plays Qohen Leth, often shortened to Q in the film. Q is a talented hacker in a digitally controlled future where the ruling power is a mighty company simply called Management. Q who is already ridden with an inner existential turmoil is hired by Management to discover the reason for human existence. To distract him from going completely crazy during this unfathomable process Management send across the alluring Bainsley and young computer genius Bob. Played by Melanie Thierry and Lucas Hedges they are a part of strong supporting cast that also includes David Thewlis, Matt Damon and Tilda Swinton. 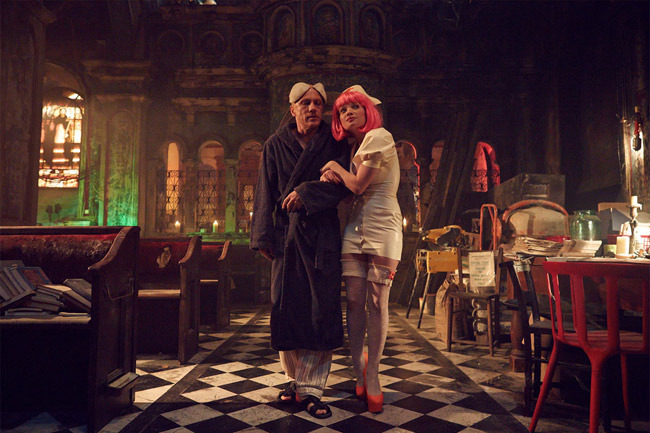 The design of the film is a multicoloured fantasy similar is style to both Brazil and the more recent Fifth Element. Plastic materials and fluorescent colours in both costume and set are mixed with graffiti strewn streets and architecture that blends a visually engaging mix of the past and present. The world itself doesn’t have the over used dark realism of Blade Runner and still it is an engrossing metropolis with much to catch the eye. An interesting and beautifully composed set is Q’s own home and base of operations. Gilliam has his main character living in a church, an interesting choice for a man who is consistently questioning his own existence and the job he is performing within this automated future. Q is at odds with his world and strives to find the reason of his existence while residing in the place that many can find this emotional safety, the house of God. There are many visual links to the existential comments that this film is making which helps The Zero Theorem stand amongst other classic science fiction films. Films that transcend the genre in which they are made use space to create and to comment not just to entertain on a purely visual basis.

The script for The Zero Theorem has a lot of comedy both written and visual. The strong cast adds weight to this bizarre film by delivering these comedic moments with perfect timing. Like many Gilliam films these moments are just as weird as they are humourous. The director has also kept the running time short (about half the time of the director’s cut Brazil) which helps viewers engage the material easily and perhaps even more efficiently. It is a dialogue based script with no explosive action and when the motion of the film starts to get buried deep in conversation the characters are lead outside to the bustling futuristic world. This succeeds in continually engaging the audience and acts as a welcome visual breather. 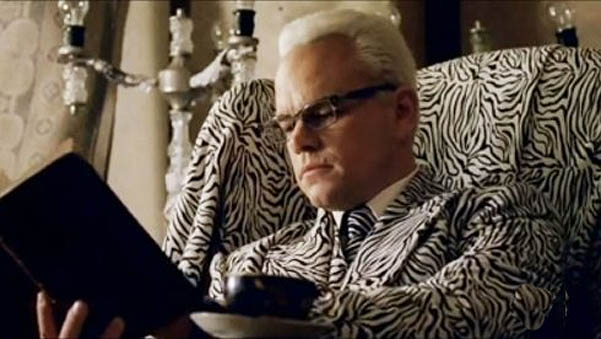 Within the science fiction genre absurdity can seem more possible or feasible because often the films deal with unknown theories, events or ideals of far reaching possibilities. These possibilities propel this film in a direction that isn’t for everyone, notably the casual science fiction fan. The Zero Theorem is as much a cerebral journey as it is a genre based character film, perhaps even more so. The characters are strangely endearing and each are grounded by their own neuroses which only makes you like them more. It is a bizarre film akin to the cult classic Brazil; however this film is structured with a dreamlike, deep human thought at its core as opposed to the latter’s social and politically driven narrative. The Zero Theorem is art house, mind trip science fiction. It isn’t a film cut for the masses but Gilliam knows this and runs it in this style right to the finish line.

Summary: Not only impressive in style, the film also has a delicate human touch amongst the absurdity and life questioning thought driven narrative.