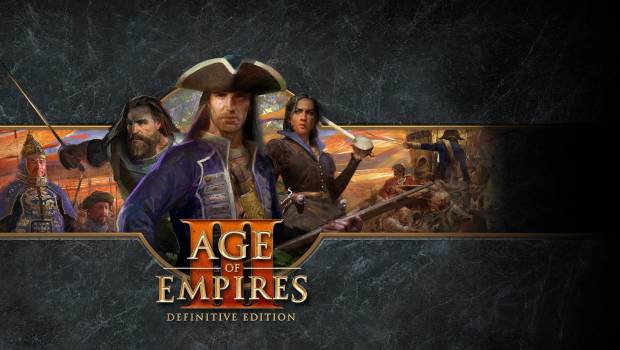 Xbox have announced a whole wealth of new games for their XBox Game Pass for both console and PC which inludes Cricket 19, Katana Zero and Age of Empires III Definitive Edition to name a few!

We have new games, we have classics, we’ve even got games on your consoles, on your PCs and on your Android devices. It’s not literally raining games (because that would hurt), but what I’m saying is that there are a lot of games.

Heave Ho (PC) ID@Xbox – October 15
Grab one another’s hands, climb across dangling bodies, and swing your pals to safety in a wobbly, dangly mass of limbs. Heave Ho tasks up to four players with a simple goal: don’t fall to your death! Players will use their own two hands and the outstretched grip of their friends to grapple across each level on their way to victory. Customize your character with stylish accessories in a vain attempt to remember which of your hands is the only thing between you and the plummet of doom.

Tales of Vesperia: Definitive Edition (Console & PC) – October 15
The fate of two friends will collide in an epic journey that threatens the existence of the world in Tales of Vesperia: Definitive Edition! A power struggle begins with a civilization dependent on an ancient technology, the Blastia, and the Empire that controls it. Relive the most beloved “Tales of” title beautifully remastered in HD with new playable characters, new stories, and more special attacks!

The Swords of Ditto: Mormo’s Curse (PC) – October 15
A compact action RPG that creates a unique adventure for each new hero of legend in the relentless fight against the evil Mormo. Explore a delightful but dangerous overworld, brave menacing dungeons, and improve your hero in a charming village, during your quest to overcome the evil that plagues the island. Grab a co-op friend for an unforgettable adventure filled with delightful characters, extraordinary loot, and heroic battles!

ScourgeBringer (Console) ID@Xbox – October 21
From the developers of NeuroVoider, ScourgeBringer is a fast-paced free-moving roguelite platformer, much like a crossbreed between Dead Cells and Celeste. Set in a post-apocalyptic world where a mysterious entity wreaked havoc on all humanity, ScourgeBringer puts you in the shoes of the deadliest warrior of her clan: Kyhra. Help her explore the unknown and slash her way through ancient machines guarding the seal of her past, and maybe the redemption of humanity.

Cricket 19 (Console) – October 22
The official game of the 2019 Ashes Championship is the complete cricket simulation. Featuring a suite of exciting all-new features that add even greater depth and rich new content to Big Ant Studios’ acclaimed cricket engine. Tackle historical scenarios for classic matches through the ages, develop the career of a junior right through to national captaincy. Participate in the fully-licensed Ashes Cricket mode, or lead your nation to the greatest world championship in the classic 50-over one day mode.

Supraland (Console) ID@Xbox – October 22
Save the red-stick figure village in this hit first-person, open-world, action-puzzle platformer. Roam and explore a grand interconnected world, unlock new versatile abilities, and combine them to overcome imaginative puzzles or uncover shrouded secrets. Defeat charging hordes in fast, frenetic first-person combat as you battle your way for an audience with the Blue King. Supraland is the ultimate “sandbox” adventure game and offers players of all ages a unique take on puzzles, exploration, and adventure!

Grounded Game Preview Update
Grounded is back with another update! Check out a new lab that you can reach in the Hedge, also explore these not-so abandoned hallways that were once inaccessible with the help of the newly added ziplines throughout the Hedge. In the spirit of Halloween, some new items will be appearing in the backyard throughout the month of October. Some are for decoration, others are for harvesting if you like that sort of treat, while others still can be used for recreation with friends or by yourself. Also, localization updates! The game is getting localized text for French, Italian, German, and Spanish. More languages are on the way, so be on the lookout for them in the future.

Destiny 2: Festival of the Lost 2020 – Until November 3
Grab a mask and join the party by braving the Haunted Forest and collecting new rewards. A new Exotic Sparrow, ship, and Ghost are all wrapped up and ready for your collection. There are also new Triumphs to unlock, new masks to wear, and more chances to get a perfect roll with new perk possibilities on the Braytech Werewolf and Horror Story Auto Rifles.

Doom Eternal Halloween 2020 – Until October 29
Halloween 2020 is an in-game event running until October 29 and features cosmetics, icons and nameplates that players can earn by playing the campaign and Battlemode. Completing weekly challenges (which get refreshed every Thursday) is the fastest way for players to level up through these events.

Overcooked! 2: Moon Harvest Festival – Free Update Out Now
Get ready to prepare, cook and serve new recipes with the Overcooked! 2 Moon Harvest festival! Bringing a new lily pad mechanic it’s sure to give players something to shout about. The update is available free for all players with the base game Overcooked! 2.

State of Decay 2 Update 21 & Open Range Pack
The Open Range Pack introduces fresh Cowboy/Western themed weapons and clothing. This will include the first ever lever-action weapons – a necessary inclusion for a proper cowboy update. Difficulty sliders allow players to customize their difficulty along independent gameplay axes. Axes include combat, map, and simulation difficulties, ranging from Green (easy) to Nightmare. Want hard combat, but easy looting? We’ve now got you covered.

One new Perk to share this week, but it’s a big one! Read below for more details, and don’t forget to claim it by going to your Perks gallery via your Xbox One console, Xbox App on Windows 10 PC, or the Xbox Game Pass mobile app on iOS and Android.

New October Quests this week! There are dozens available, but here’s a few of our monthly Quests:

Check back for daily, weekly, and monthly Quests on your console or see all your Quests in the new Xbox Game Pass mobile app! Redeem points for more Game Pass, Xbox gift cards and giveaway entries.

This is your reminder to dive into these games before they leave the Xbox Game Pass library on October 15! Remember you can buy these incredible games and use your Xbox Game Pass membership discount to save up to 20%!

We’ll be updating the leaving soon collection (you can find it on your mobile app or Windows 10 app if you haven’t installed those yet) soon with these games that will be leaving at the end of the month:

As always, we’ll be back here with more games soon. You never know, we might have some more news and updates, so be sure to stay plugged into our social channels: Xbox Game Pass PC news on Twitter, and Ultimate and console news on Twitter and Instagram. See you next time!