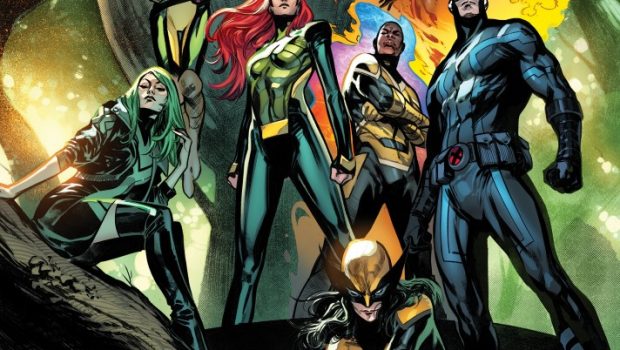 THE X-MEN CONFRONT SECRETS THAT COULD SEND MUTANTKIND INTO A SPIRAL AS THE DESTINY OF X ERA MARCHES ON!

Prepare to enter the DESTINY OF X, the radical next era for your favorite X-Men titles! Ushering in the second age of Krakoa, DESTINY OF X will see the emergence of new enemies, the formation of new X-Teams, and bold paths for your favorite characters. It all kicks off later this month and right now, fans can peek ahead to discover what’s to come this June in their most anticipated X-Men ongoing series!

Gerry Duggan and Pepe Larraz present the grand climax to the Krakoan X-Men’s first year in X-MEN #12! On the eve of the Hellfire Gala, threats have closed in on the X-Men from all sides. The secret machinations of Doctor Stasis, the terror of Gameworld, even the threat of the X-Men’s own secrets getting out…it’s all led to this!

Kieron Gillen teams up with artist Michele Bandini for a Hellfire Gala story ripe with drama, revelations, and betrayal from a shocking uninvited guest in IMMORTAL X-MEN #4! Emma Frost will do anything to protect the children, including the metaphorical child that is the Hellfire Gala. Last year’s was a fantastic success. She would not like it if someone ruined the second. She would not like it at all… The events of this year’s HELLFIRE GALA will lead directly into Gillen and Valerio Schiti’s A.X.E.: JUDGMENT DAY, the next Marvel Comics crossover epic launching this summer. Stay tuned next week for more HELLFIRE GALA announcements.

In Benjamin Percy and Robert Gill’s X-FORCE #29, X-Force make their last stand AGAINST KRAKOA, THE ISLAND THAT KILLS LIKE A MAN! As Cerebrax captures and turns the mutants’ powers against them, it sets its sights on the biggest mutant of all — Krakoa itself! A fight this big is going to take all the power X-Force can muster…and the true Omega to live up to his potential!

Wolverine runs out of allies to trust in Benjamin Percy and Adam Kubert’s WOLVERINE #22. Wolverine is trapped in an adamantium prison, and it’s probably Deadpool’s fault.  But the betrayal of Maverick stings worst of all! Just what is so valuable in that briefcase that it pits mutant against mutant…against C.I.A.?

Mutantkind’s great Otherworld quest is in jeopardy in Tini Howard and Bob Quinn’s KNIGHTS OF X #3. Gambit and his team gain a momentary victory over the Furies in Crooked Market, but as the group is hit by another wave of attacks by Merlyn’s army, Rachel Summers’ connection with Captain Britain is severed before she can call in reinforcements. In Sevalith, the Captain and her team face off against blood thirsty vampires as they seek out a lethal potential ally. Their quest required ten knights to begin, but no one said anything about the end. A knight dies here – and the hateful quest goes on.

Meet the FIRST GENERATION OF MUTANTKIND in Steve Orlando and Eleonora Carlini’s MARAUDERS #4. The Marauders have gotten some jailbreak mixed into their heist! Pryde and her crew might’ve convinced Xandra to confront the Shi’ar’s crimes against mutantkind together, but the fanatical Kin Crimson are ready to defend those secrets to the death. What hidden truths and horrors does the Shi’ar Chronicle hold? Deep in a pandimensional prison lies the answer – but will it unite two societies in progress, or destroy them both?

Al Ewing teams up with Juann Cabal, Andrés Genolet, and more for a harsh lesson about the Martian way of death in X-MEN RED #4! Recent revelations threaten to profoundly alter the Destiny of X – and Arakko isn’t immune from the fallout! With the clock ticking down to interstellar war, Storm faces a Galactic Illuminati… Magneto attends a meeting of his own that might decide both their fates…and Roberta Da Costa ponders a recent return from the grave alongside the strangest guest star of all!

Nightcrawler’s squad faces a divine threat in Si Spurrier and Jan Bazaldua’s LEGION OF X #3. An Arakkii fugitive god is lurking somewhere in the shadows of Krakoa, and Weaponless Zsen must track them down or face destruction at the hands of the terrifying Ora Serrata. After hitting a number of dead ends, Zsen and Nightcrawler turn to the astral plane for answers. Meanwhile, Pixie lures the Skinjacker out of hiding with the help of Juggernaut and…Dr. Strange?!

Fall into the looking glass in Vita Ayala and Rod Reis’ NEW MUTANTS #27. With her Soulsword shattered, Magik spirals into unfamiliar territory as she confronts her legacy in Limbo – dragging Mirage and Wolfsbane down with her! And while Magik faces the demons of her past, present, and future…Madelyne Pryor inches closer to the throne.

Check out the covers now and pick up these exciting new issues when they hit stands in June! For more information, visit Marvel.com. 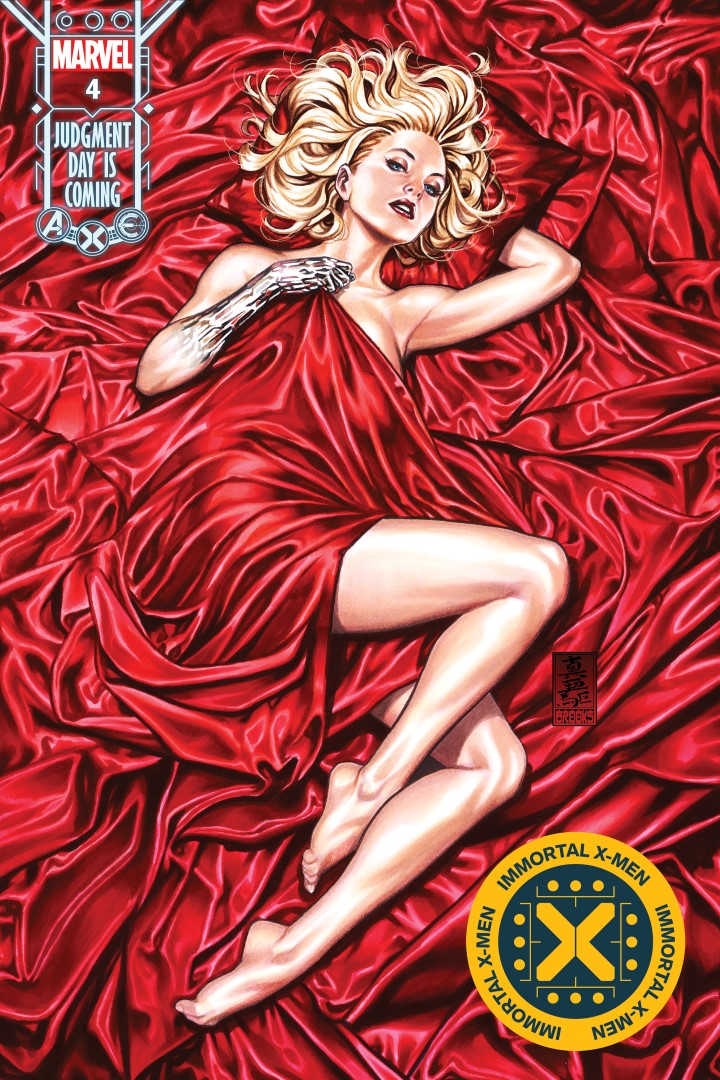 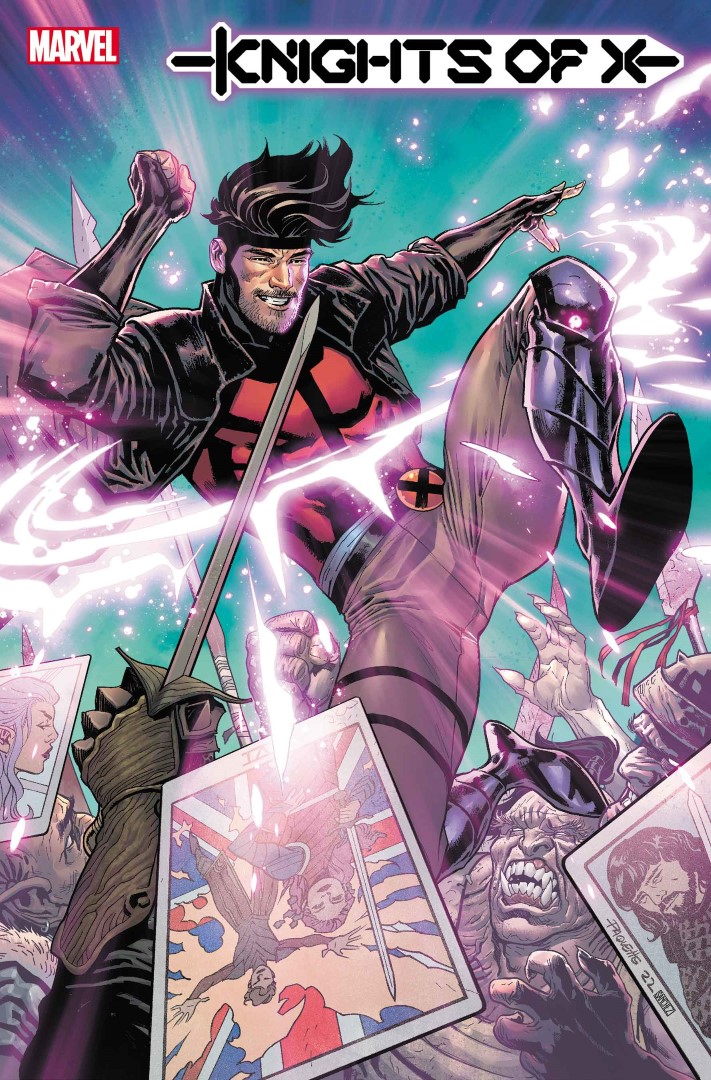 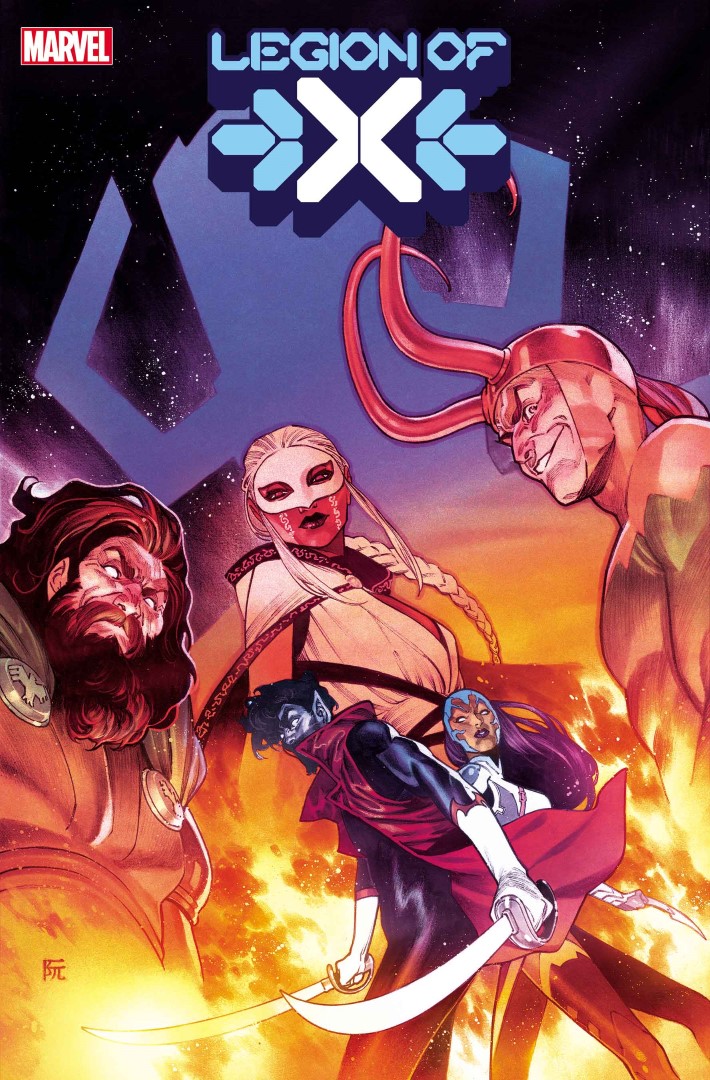 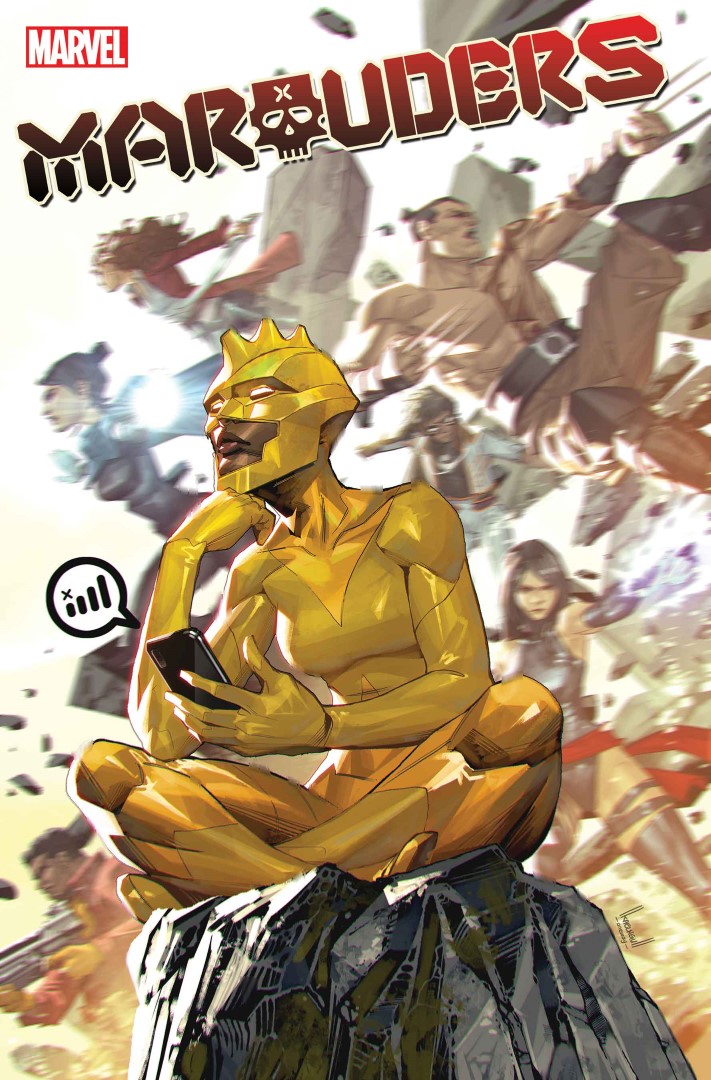 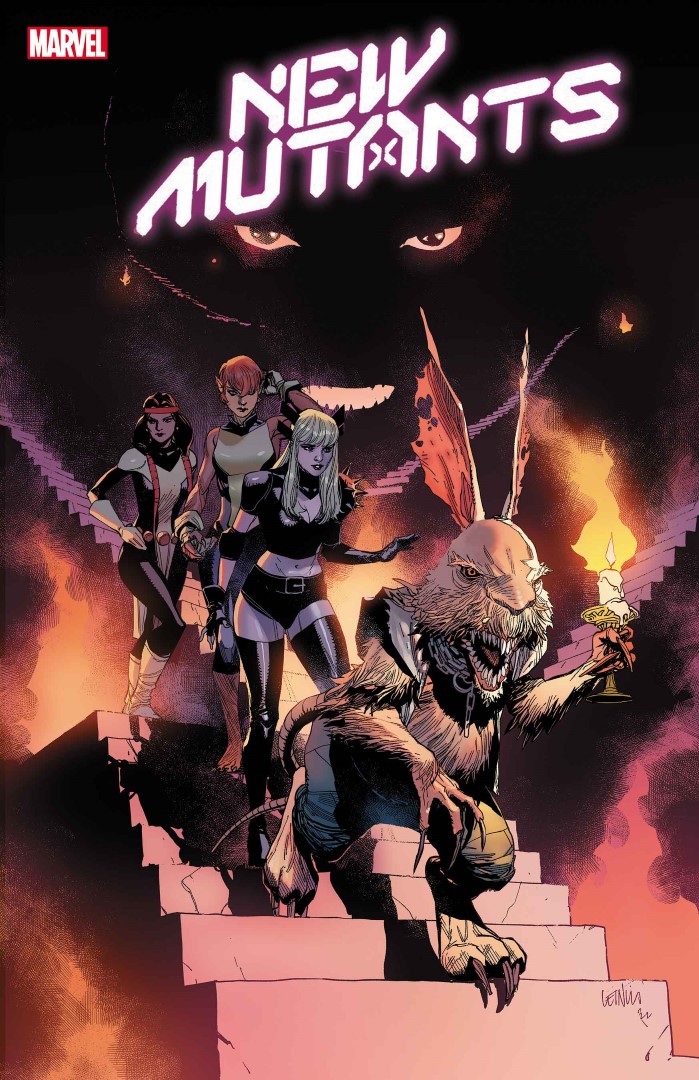 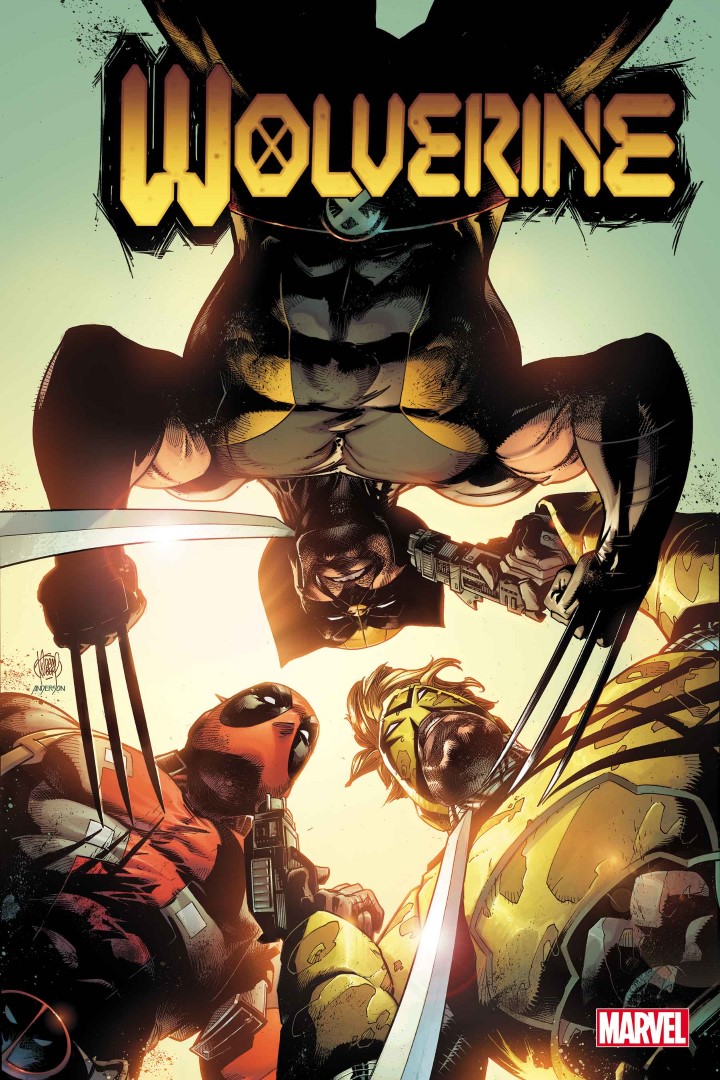 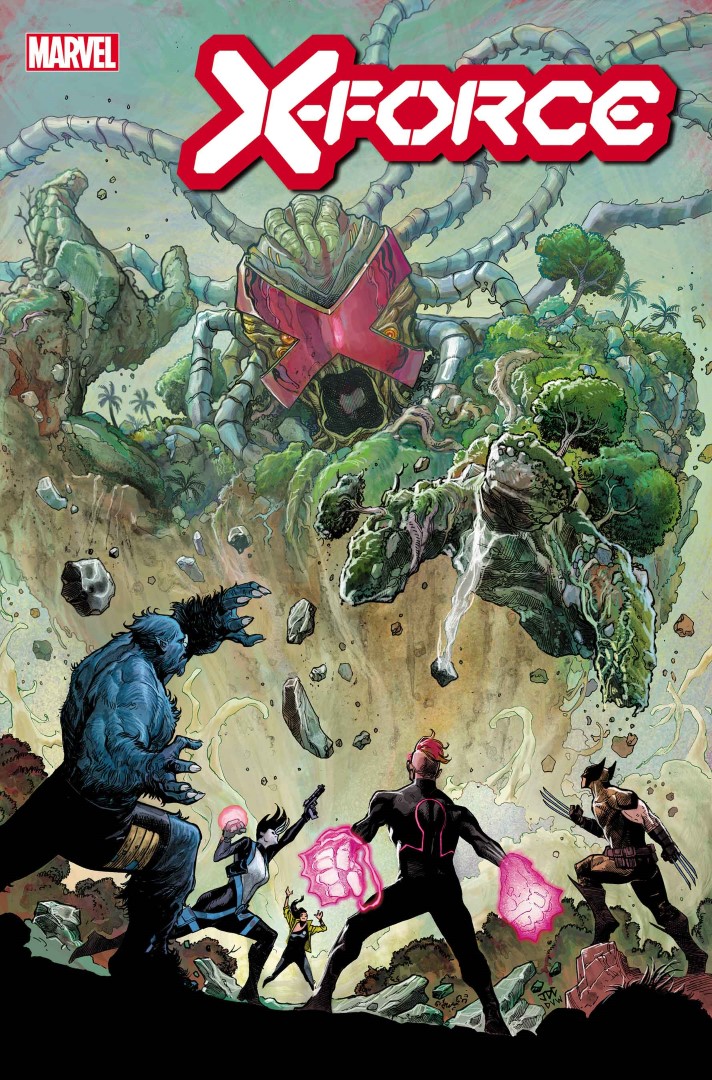 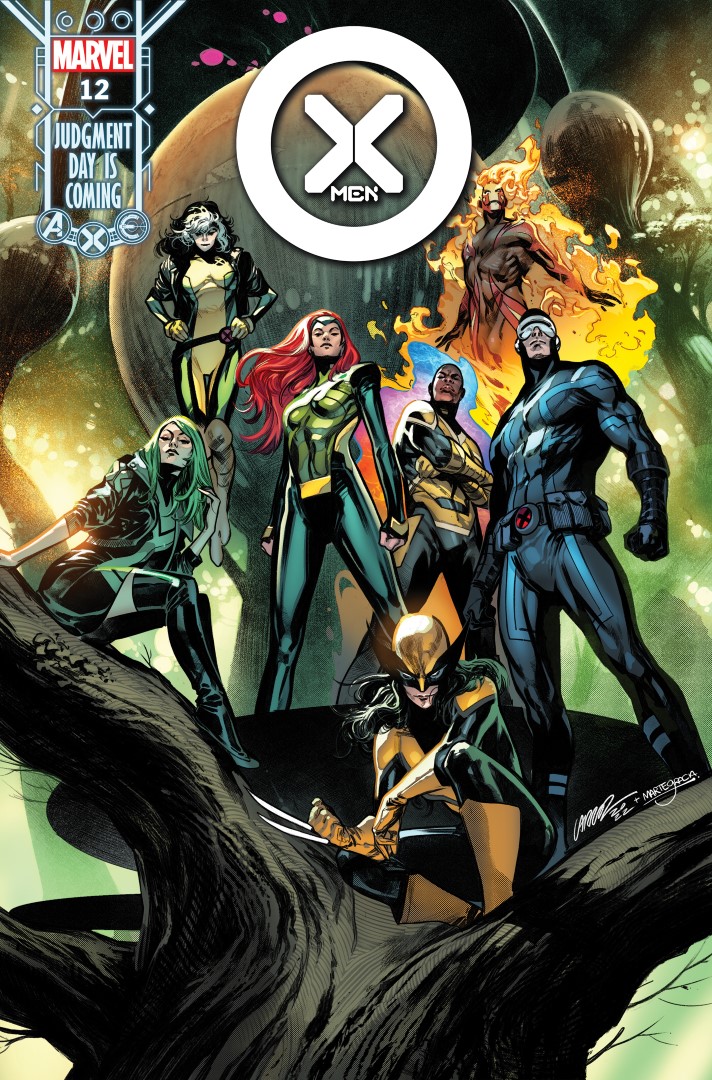 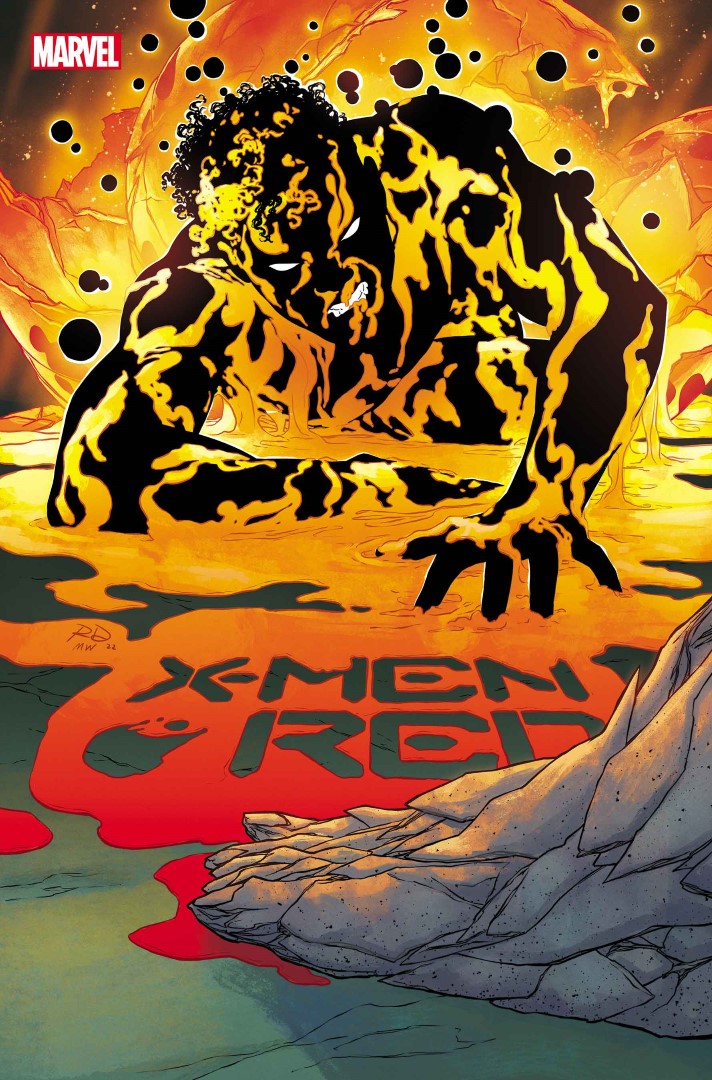