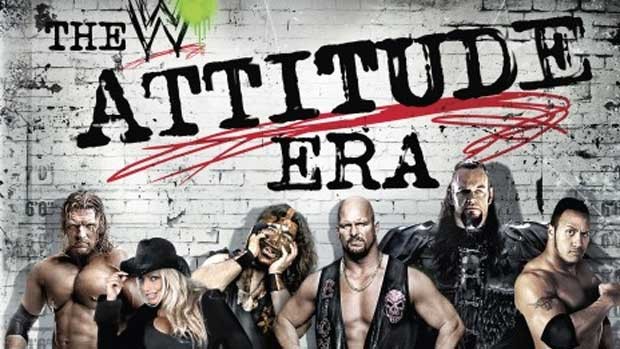 Summary: The WWE The Attitude Era is a beautifully presented book about the Attitude Era of Wrestling with some amazing photos and interesting information

This well presented hardcover book from DK is ideal for older fans of the WWE which revolves around the “Attitude Era” of wrestling which was around the late 90’s. This includes wrestling greats such as Steve “Stone Cold” Austin, Dwayne “The Rock” Johnson and other wrestlers such as Diva Torrie Wilson and even Chris Jericho. 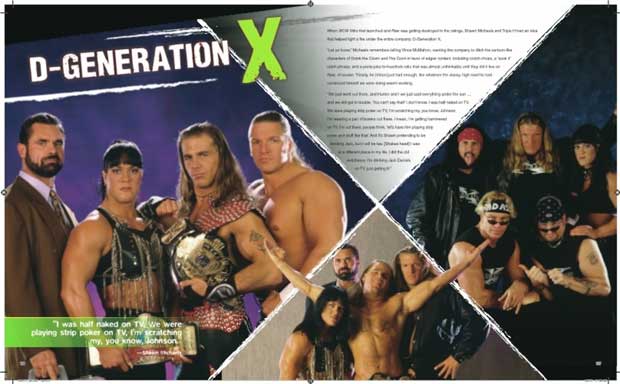 The book is also bursting with full-colour images, drawings and even unpublished photos from this era as it perfectly recreates this crazy time of wrestling. Speaking of time, the timeline at the end of the book is easily worth the admission price alone as it explains the history of “Attitude” from start to finish.

Another highlight of the book is that it even comes with a Stone Cold Steve Austin bottle opener that features his famous logo with the bible reference of John 3:16 as he trash talked Jake “The Snake” Roberts. This bottle opener is actually of decent quality and is definitely one for the fans!

In terms of contents, the book is split into a variety of informative sections that include;

Apart from the stunning photos, the WWE The Attitude Era book even boasts exclusive interviews with some of the wrestlers of the time as they take the reader on a behind the scenes tour of the Attitude Era which really sheds some light into these entertaining times but also the evolution of wrestling and which direction it took in the 21st century. 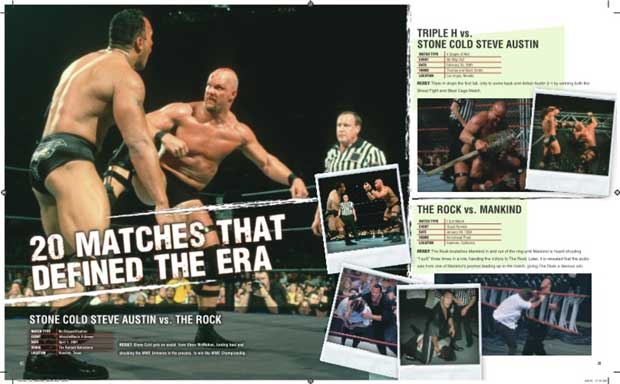 I also like how the book touches upon the rivalries and the sometimes bigger than Ben Hur attitudes and over the top fights which was what wrestling was about in the day and thankfully still is. Another cool part of the book is the celebrities section which even includes some photos of Arnold Schwarzenegger (Terminator Genisys) and even a cool photo of Arnie and The Rock together.

Having parted wrestling at the turn of the century myself, the WWE The Attitude Era book really brought back some fond memories that was definitely a walk (or wrestle) down memory lane which was filled with amazing pictures, colourful insights into the Attitude Era plus some great interviews of some of these former stars like who have actually surpassed their wrestling career such as Dwayne Johnson and Steven Austin.

It’s also beautifully presented and will easily find a place in any wrestler’s collection! 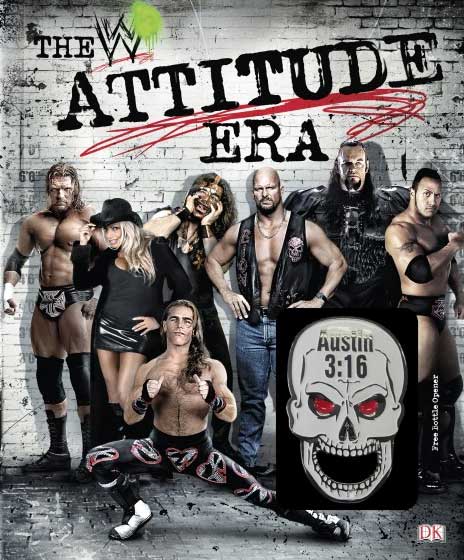