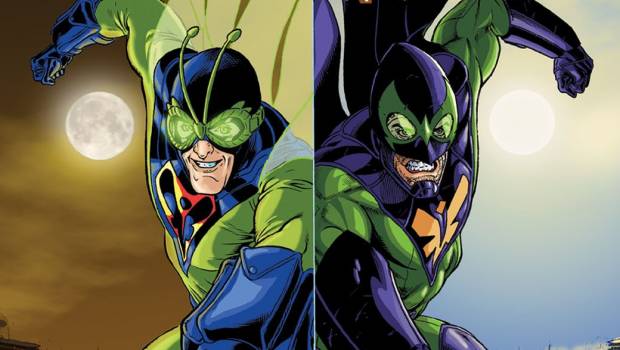 The story follows two heroes, Dragonflyman and Dragonfly, one and the same man, but living in alternate realities. Dragonflyman harks from Earth Alpha, where the cops are good, the villains are camp and one-liners reign supreme. Dragonfly on the other hand is from Earth Omega, a dark and gritty reality, where villains strike to kill, the cops are bad and death plagues the streets. Much to their dismay, both men trade places, along with their arc nemesis “Number One” by phasing through a magic mirror. Shocked and unsure of what just happened, both men carry on believing that they are still in their respective worlds, dealing with the same people. Reality comes crashing down around them, as they both quickly discover that they are no longer home.

Surprisingly enough, I enjoyed this trading places superhero story, finding it to be an interesting mix of satirical humour and gritty thriller. I say “surprisingly” because I find myself completely jaded by superheroes these days, so I generally avoid comics involving masked vigilantes who wish to save the world. The difference with this story is that Tom Peyer gives us two versions of the one man, both greatly differing from one another. Immediately I found this concept to be intriguing, especially as we get to see them trade places. Both men have been shaped by their worlds, resulting in two very different individuals. One is wholesome with a moral compass, seeking pure and clean justice, whilst the other is damaged and disturbed, seeking vengeance no matter the cost. I really enjoyed these polarising parallel worlds and characters within in, believing that the dynamic works wonderfully as we shift back and forth from Earth Alpha and Earth Omega. These jarring tonal shifts keep the pace flowing fast, making for some sharp and tight dialogue. It sort of felt like we go from watching an episode of Adam West’s Batman, to quickly jumping over to Christopher Nolan’s Batman.

At the end of the issue we also get a comic short, titled Stinger by Paul Constant and Frank Cammuso, which explores a story about Dragonflyman’s sidekick, told in a Golden Age, pulpy way. There is also a prose story written by Grant Morrison, titled Hud Hornet’s Holiday in Hell, and two interviews with Stuart Moore and Jamal Igle. This extra content makes this single issue suddenly feel more like a comic magazine, as it’s jammed-packed with extra goodies and plenty more reading material.

Jamal Igle captures both these worlds and its characters in wonderful detail. I really like the sense of energy that flows through his art, making many of the high-impact action sequences flow in a really convincing and effortless way. For me personally, my favourite detail about Igle’s art is his ability to capture a wide variety of expressive facial reactions from all of the characters. Whether it be bewildering shock, a cheesy grin, hate-filled smirk or an insane smile, all of these expressions are excellent and really help to translate the score of emotions that are flying throughout this issue. The colouring by Andy Troy and inking by Juan Castro work well together is reinforcing the tonal shifts of the story, especially in helping to highlight the visual differences of Earth Alpha and Earth Omega. All of it comes together to form a well-constructed and cohesive visual narrative.

Overall, I thought that this was a fun and jam-packed first issue from AHOY Comics. The Wrong Earth #1 is an entertaining and compelling story, and this coupled with the additional content makes for some great reading. Well done guys, I like what you have done. 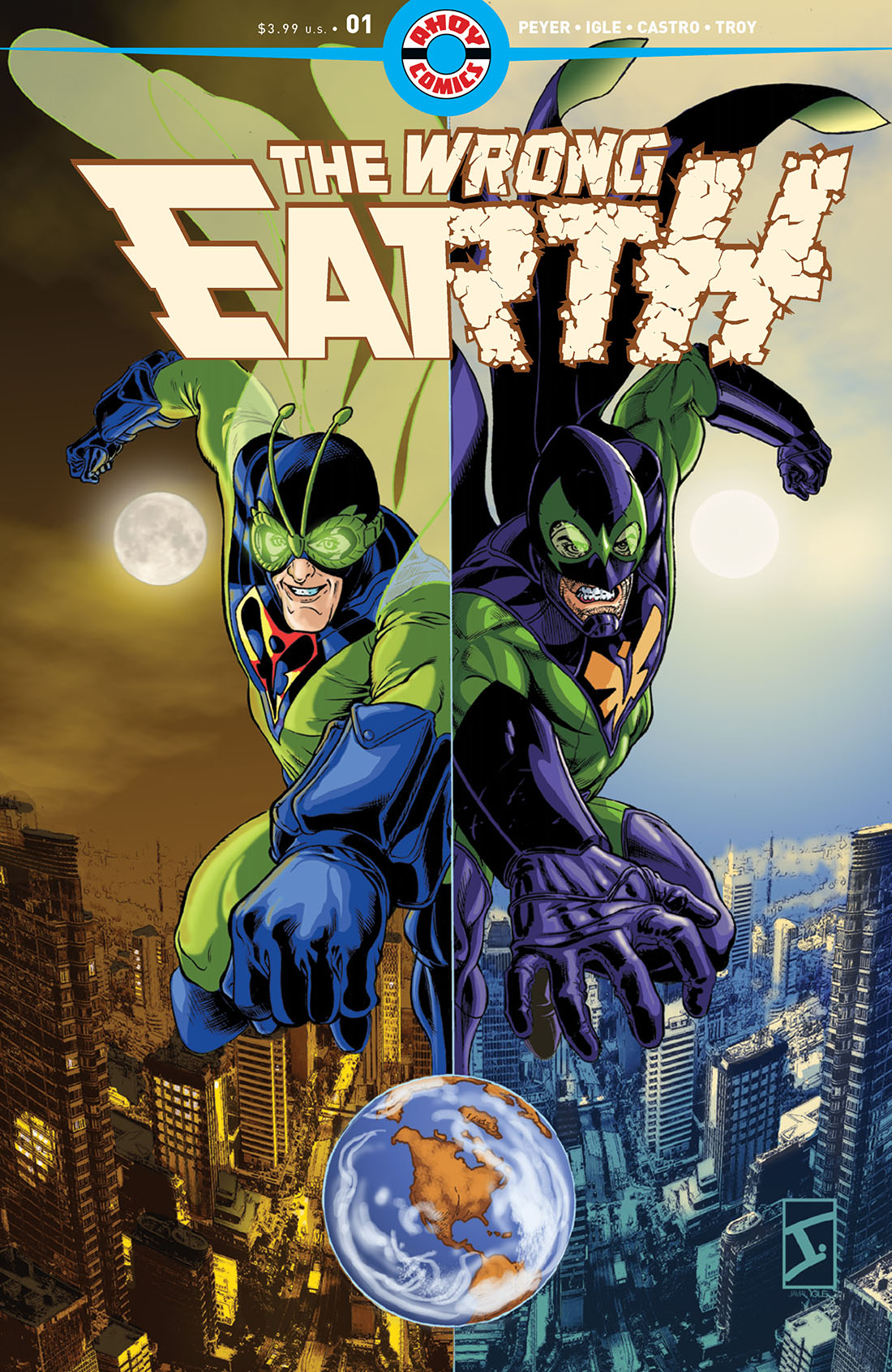