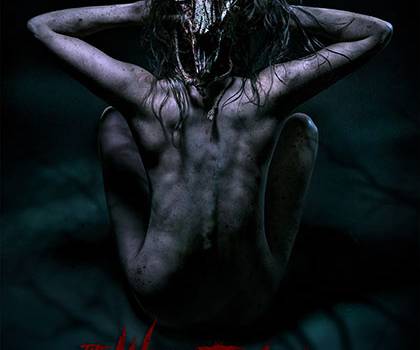 A rebellious teenage boy, struggling with his parent’s imminent divorce, encounters a terrifying evil after his next-door neighbour becomes possessed by an ancient witch that feasts on children.

This film focuses on Ben, a seventeen year old whom fits the Hollywood stereotype of a typical teenage boy, which is shown by his unenthusiastic demeanour and attitude about the town his dad is living in, or by blowing off a dinner where he would meet his father’s new girlfriend because he wants to go party with the cool kids; no phone call, no apologies, classy.

Ben notices the family next door and in turn is concerned about a noise in the night, having first believed he simply heard an animal, he investigates further and isn’t so convinced it’s an ordinary creature of the night. He saw a momentary glimpse of the witch, before being interrupted.

Effigy of the witch

He becomes increasingly suspicious of the behaviour of the mother of two children next door and starts to keep an eye on the neighbours activities. Ben’s suspicions are confirmed when he arrives home to find the boy next door hiding upstairs from his mother.

Blane Crockarell as Dillon, the boy next door

Ben discovers the truth as many teenage boys do, on the internet. Having discovered the existence of the witch and the danger she represents, he is the only one in town who knows the truth and his father and love interest refuse to believe him and dismiss his warnings as irrational and ridiculous respectively.

The witch has the ability to make people forget things and appears to be motivated only by a single purpose, to satisfy her hunger; yes, the witch has a hunger only children can satisfy.

At this point, the story can be paralleled with the screenplay of IT, a dark evil creature not of this world makes a sudden appearance and steals children away, and only a child can defeat the evil. To that end, the outcome of the story and the general screenplay is more or less predictable, however there are arguably two twists that are unique to this film which does set it apart.

Cinematically this movie has some really great photography and camera work, there are a few subtle uses of depth of field and low lying shots that amplify the subject and storytelling. The use of lighting amplifies the sense of ominous danger or suspense. Such good uses are during the early forest scene where the witch makes her first appearance. There is plenty of light but the darkening of the leaves, the clouds ever so slightly complimented the moment nicely.

Depth of field in the cinematography: Fresh road kill.

This film has some seriously well done special effects, especially with respect to the witch and some of the positioning, contortions and dislocations, not to mention some more horrific gore containing body parts. The special effects seems to take more of a controlled, refrained approach with less random blood spatter than the stereotypical artsy horror where more blood than would be normal is sprayed every which way, it suits this film perfectly.

The soundtrack is arguably a bit of a non-starter and this is not surprising given the genre. That is not to say it is absent, there is quite a few moments with good orchestral scores and some of the sound effects are reasonably well done, especially with some sounds such as doors, sounds of the witch moving and creaking about. What is noticeable is that many of the kinetic actions and movements by the actors are prominent in the sound track, opening a trash can, moving objects, footsteps on the floorboards or opening and closing car doors to name a few. This adds to the story telling but there are times where the volume of these actions seems artificially higher than they should.

One of the witches photos

The performance of John-Paul Howard was quite good and was a stand out in the film, although there is not enough character definition or back story to give his role any dimensions to make this a stand out performance; however you do get the sense that he has a lot to offer.

This film is one of those films that is alright to watch, quite enjoyable and won’t make you regret watching it. Don’t expect it to win any awards.

Summary: Arguably similar to IT with a better story.