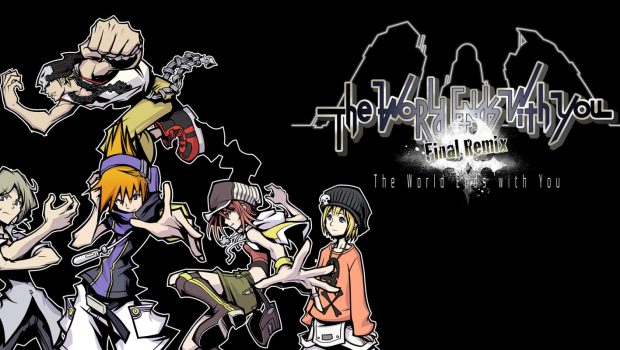 The World Ends with You Nintendo: Final Remix Switch Review

Summary: The World Ends with You Nintendo: Final Remix is an interesting old school experience on the Nintendo Switch that plays okay but is also lacking a little accuracy

In 2007, The World Ends with You was released on the Nintendo DS which has since then become a classic Japanese RPG and 11-years later, the game has been remastered for the Nintendo Switch in the Final Remix which includes a new chapter, HD graphics, tweaked gameplay for this console plus a killer remixed soundtrack. So while fans of The World Ends With You can now revisit this engaging JRPG, newcomers (like myself) can see what all the commotion is about and let’s just say that I found it a little strange in terms of the characters and the story which is based in real-world Tokyo… not to mention the control mechanics. 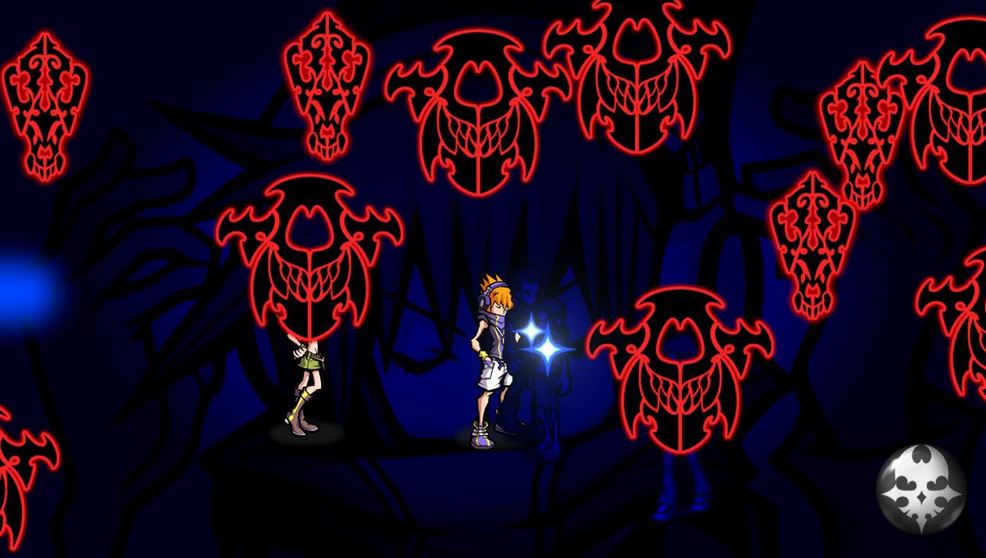 Just like the characters in the game, I found myself a little confused at the start as The World Ends with You as it channels the quirkiness of classic anime well, especially with its Goth-like teenagers who are drawn into the deadly Reapers’ Game. Interestingly Neku who starts the game with no memories of his own has the ability to read other people’s thoughts, even giving them a gentle psychic push in one direction of another. If you remember the anime series Death Note, there are some parallels to this series as you are unwitting brought into a game where you must play and if you die, you die forever… well, erased from existence! 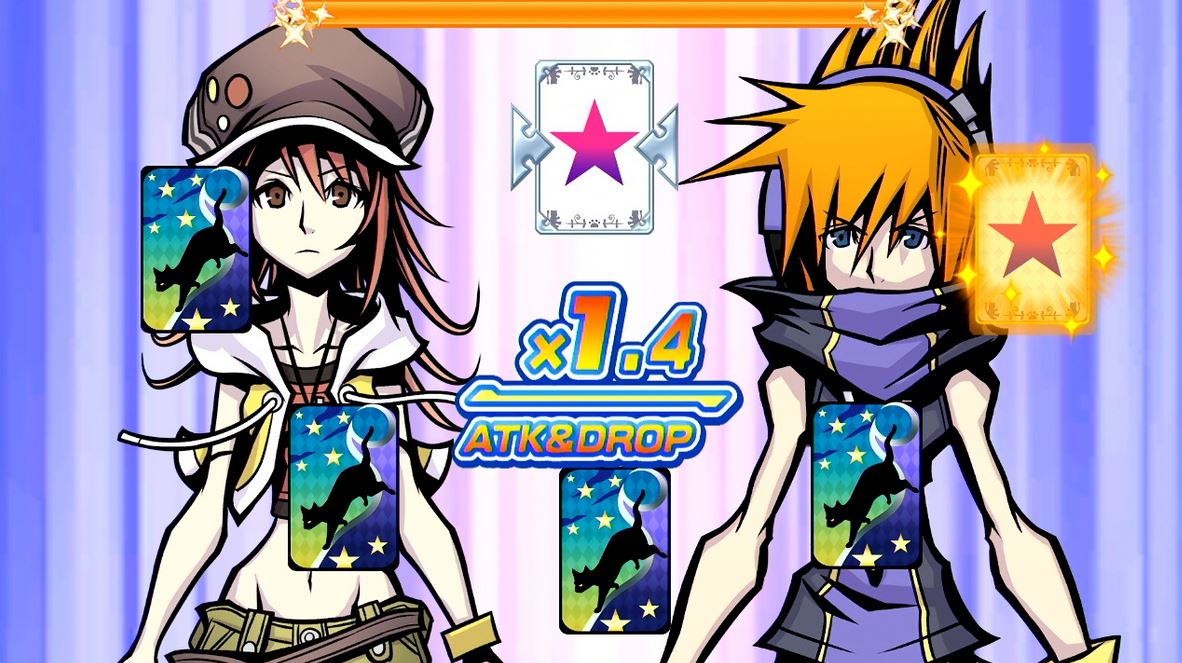 The protagonist of the game is the clichéd and is the extremely moody Neku Sakuraba that along with a group of other “chosen” teenagers must battle these otherworldly monsters or face the consequences. Fortunately you have some psychic powers at your disposal, including bonuses through clothes and food. To make matters worse, you have limited time to ‘fix’ this problem as you complete missions for people in Tokyo. Fortunately for Neku, he is joined by a wide assortment of characters that include Shiki, Beat, Rhyme and Mr. H, Joshua as some of the NPC’s. 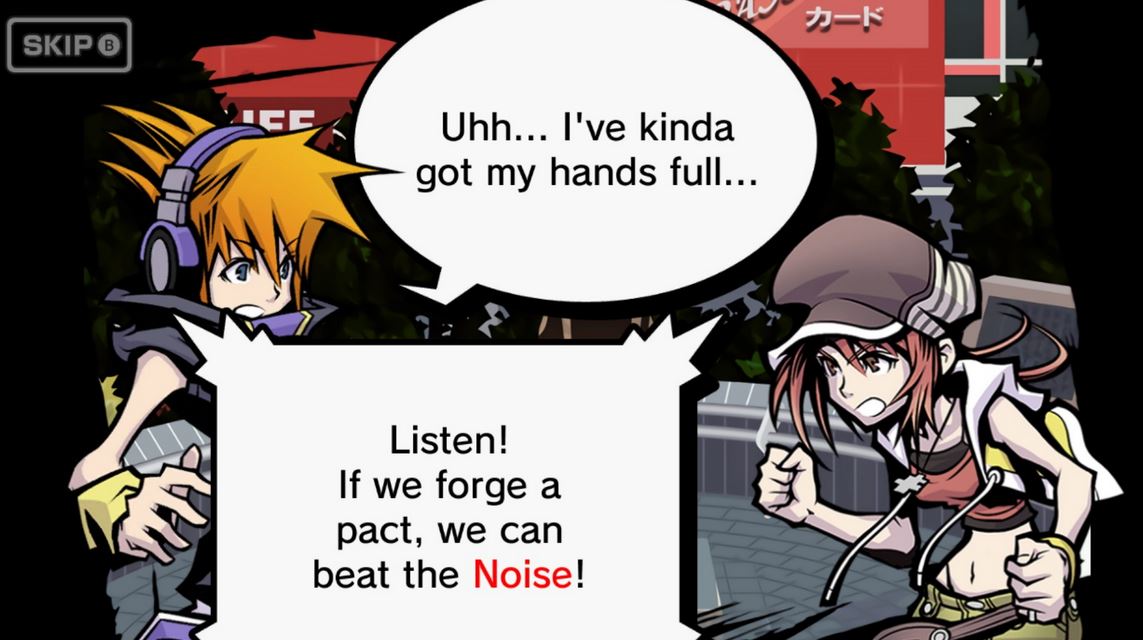 The story behind The World Ends with You is quite complex at the start, however it is like a jigsaw puzzle as the pieces slowly fall into place. You also need to find pins in the game that are used to unleash your psychic powers on your enemies (called the noise), including purchasing new clothes and food to help power-up your character.In terms of these powerful pins, you can have up to six at one time and this system is almost a rock paper scissors approach. As this is an RPG, you can upgrade your pins in order for them to unleash additional force against your enemies. Battles are also set in real-time that can become a little chaotic due to the control system of the game of either the touch screen or the Joy-Cons which do lack that pinpoint accuracy.

At its core, The World Ends with You Nintendo is not your average JPRG and if I could label the experience, it’s almost like a smartphone game due to the touch screen. With swipes and tapping on the screen, this allows you easily interact with the environment as you explore the world, take on enemies and chat with shop keepers for clothes and food in order to give you an edge in battle. Another way to play the game is via the Joy-Con, however I found the touch screen a much sturdier experience, especially when calling forth an ally to help you in battle. There’s also some puzzles that need to be solved and for the most part, they are relatively easy to solve. 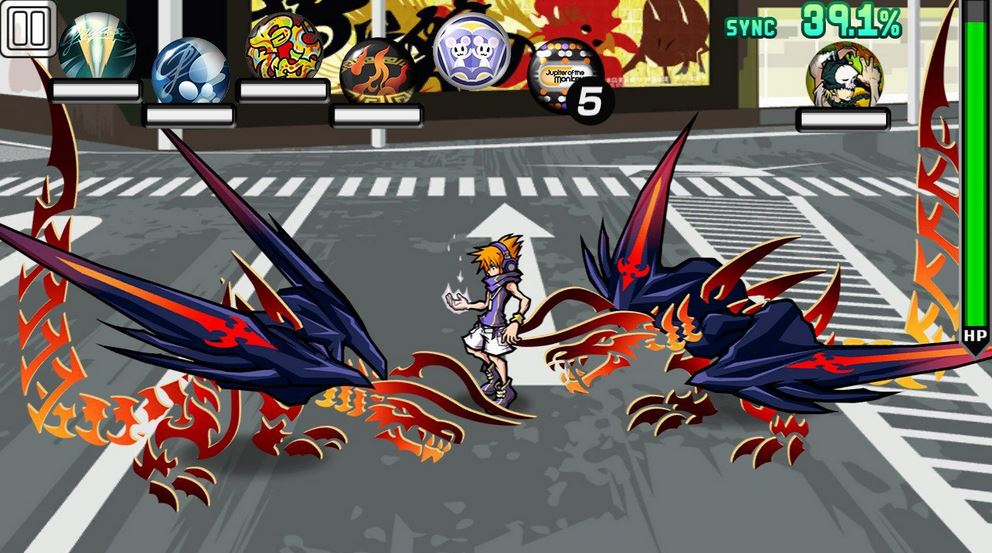 While fans will appreciate this remastered edition on the Nintendo Switch and know what to expect in terms of stories, characters and the evil which threatens the denizens of Tokyo, new players may need a little help at the start to keep invested due to the strangeness of the title. Fortunately there is a tutorial and once you get the ‘knack’ of it, things do fall into place and thankfully this game doesn’t throw you into the deep end straight away. So surprisingly it all falls into place and even the limited controls work well. So all in all, the The World Ends with You captures a simpler time of JRPG’s that somehow works on the Nintendo Switch and even though the characters are clichéd and a little simple in terms of character development, I found this game a strangely endearing, even though it was an odd experience. 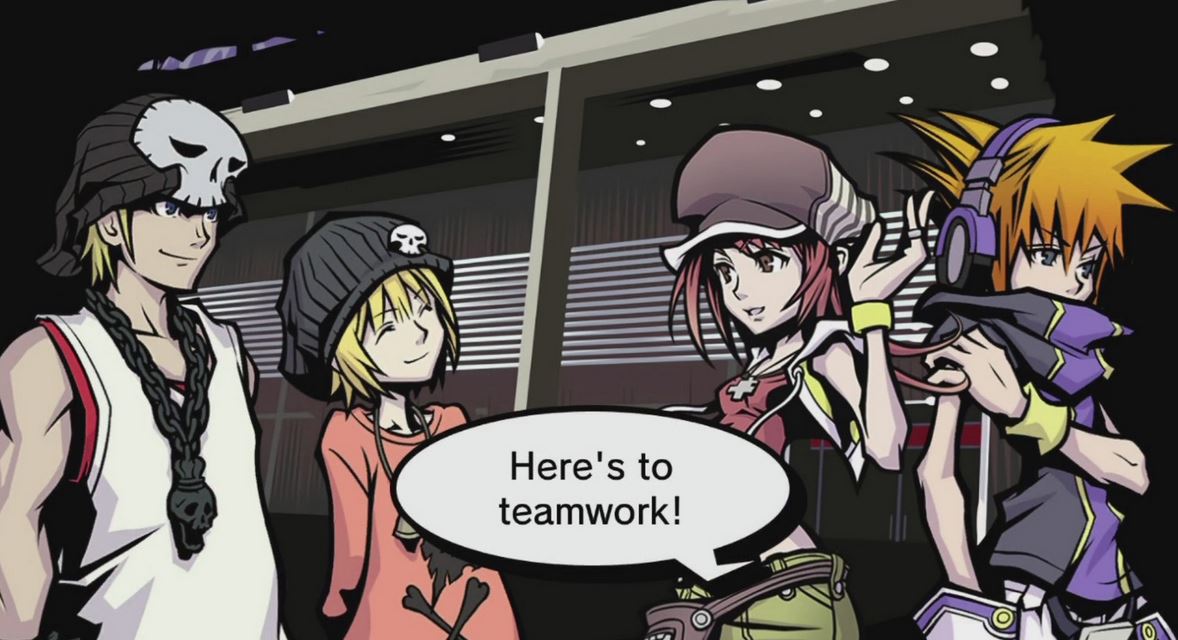 Graphically the game looks quite stylised on the Nintendo Switch and uses a faux 3D style to help create the areas that you explore. The characters look like they have been taken directly from an anime title, especially their clothes that can be a little outlandish at times courtesy of Tetsuya Nomura (Kingdom Hearts and Final Fantasy). Although the graphics do look simple, it has this cell-shaded feel to it as everything feels a little heavy with its brush which suits the premise of this title well. The musical score is good… no, it’s great and really helps immerse you into the title, particularly with all the different genres which are pumping at times and the sound effects, although a little simplistic does the job. 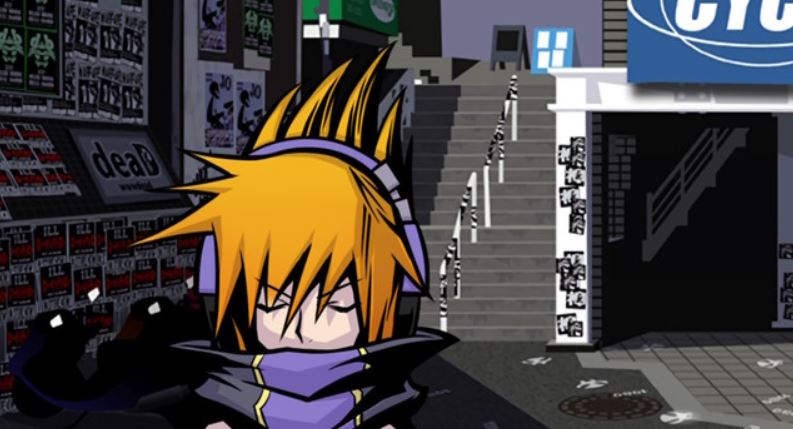 The World Ends with You: Final Remix on the Nintendo Switch is an interesting game and although I had fun playing it, the title did feel a little dated when compared to other titles on this console. Personally, I would have fine-tuned the combat a little better on the Nintendo Switch and I know that the developers were being innovative but the touch screen and the Joy-Con felt a little limited into what you can and can’t achieve. Nonetheless, The World Ends with You: Final Remix is an interesting yet enjoyable JRPG experience on this console, although a little lacking. 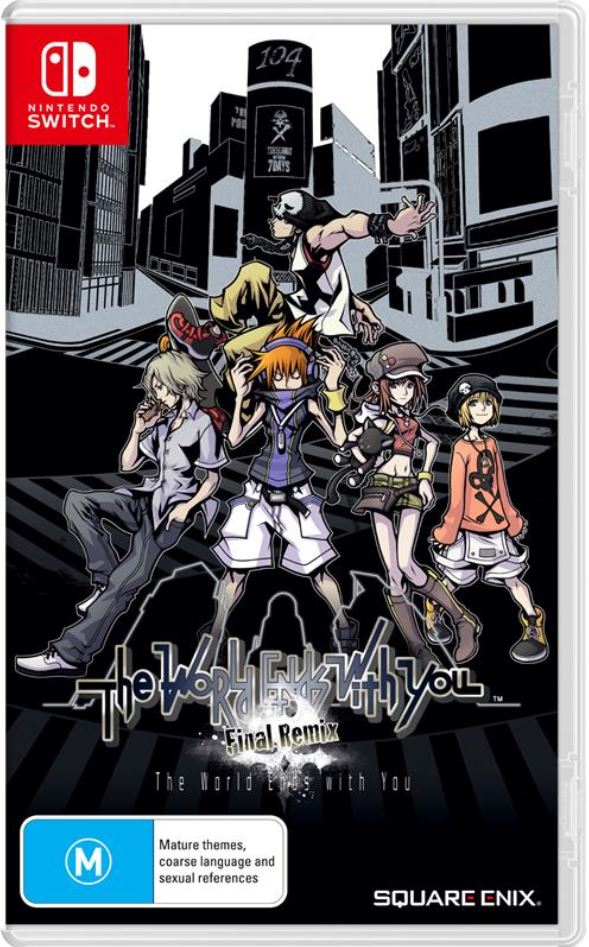