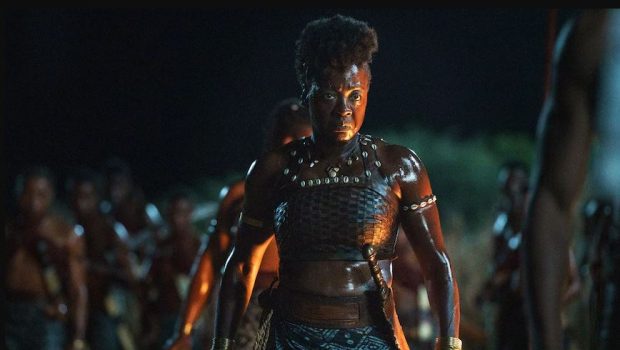 Set in West Africa of the 1800s, The Woman King tells the story of the Agojie, an all-female group of formidable warriors, led by the fearsome general Nanisca (a towering and volatile Viola Davis). Her group protects the kingdom of Dahomey, led by King Ghezo (a regal and playful John Boyega), and they free Dahomean women from the shackles of the Oyo Empire, who enslave them. When Ghezo requests Nanisca to train a new clan of warriors, Nanisca and her lieutenants, Izogie (Lashana Lynch, stealing the show numerous times) and Amenza (an understated Sheila Atim), lead the charge.

One of the emerging warriors is Nawi (a convincing Thuso Mbedu), a resilient young woman who was offered by her father to the king after refusing many arranged marriages to men who would beat her. As the imminent attack from the Oyo Empire emerges, the group of women begin to uncover each other’s past that would make or break them.

The Woman King is the latest film from Gina Prince-Bythewood, a renowned filmmaker who is best known for adopting a sensitive approach to human-interest stories. Love & Basketball (2000) and Beyond the Lights (2014) are examples of her best work.

Since then, she has gone on to develop commercial fare, specifically the superhero flick The Old Guard (2020). She continues down that route with The Woman King, which is her biggest film yet. While the film has its feet firmly in blockbuster conventions, her human touch delivers enough punch for the film to work on its own two feet as a Prince-Bythewood picture.

Even on a modest $50 million dollar budget, Prince-Bythewood, production designer Akin McKenzie, composter Terence Blanchard (a regular for filmmaker Spike Lee), editor Terilyn A. Shropshire (a regular for Prince-Bythewood), and cinematographer Polly Morgan (who last worked on When the Crawdads Sing) lend the film a sense of beauty and scope to the proceedings. While the film may lack a sense of grandeur that would be evocative of war epics such as Braveheart (1995), it is that very sense of scaled-back storytelling that makes the drama feel immediate and intimate.

The film has courted some controversy in terms of its major liberties in portraying true events. However, it is not a dealbreaker in terms of its dramatic intent. The film explores the subject of the Dahomey having dealings in the slave trade. Prince-Bythewood has ensured it is a major thread in the narrative. It must also be noted that film taking dramatic license over historical fact is not new and it has been done for decades. Overall, it is in this writer’s opinion that it is the intent behind the storytelling that matters. 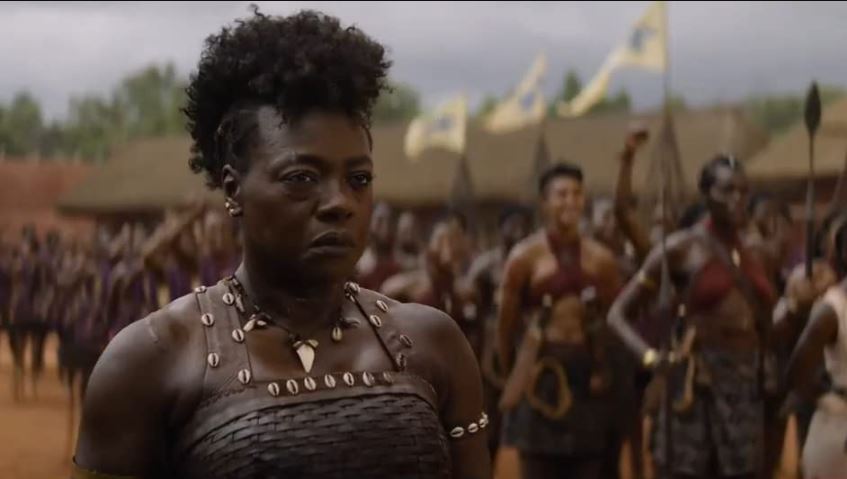 In terms of its narrative, the script Maria Bello (the acclaimed actress serves as screenwriter and producer) and Dana Stevens have formulated is a story that is boilerplate in terms of its dramatic arcs and characterisations. Our intrepid hero Nawi overcomes her sense of cockiness and learns that there is more to fight for than for herself, while our veteran lead character must overcome her demons in order to be the leader people need. However, Prince-Bythewood treats the material with enough dignity that it makes the film’s numerous genres (revenge film, coming-of-age tale, and historical epic) seamless and diverting.

It certainly helps that the film has a wonderful cast who play their roles to the hilt. The actresses all perform valiantly in the numerous set-pieces and the fight choreography achieves the perfect balance of forcefulness and fantasy; it is conveyed with a sense of grace and brutality. On the dramatic side, when you have Davis being the solid foundation that keeps the film together, Lynch being the rogue element that throws you off in the best way in terms of entertainment and pathos, and Mbedu being the emotional core of the narrative, you have a cast that fires on all cylinders.

However, even at a runtime of 134 minutes, one wishes Prince-Bythewood provided more cinematic real estate for the drama to simmer and develop. One particular caveat that is emblematic of the problem involves a romantic subplot with Nawi and a biracial settler named Malik (Jordan Bolger). The two actors have decent chemistry that is a welcome respite from the violence. The subplot’s place in the narrative is necessary in terms of building character and solidifying the foundation of its ideas. The ideas themselves involving characters coming to terms with the corruption of profiteering from white colonialism are set up well. However, if the film had been given a little more breathing room, the ideas would have been more thought-provoking for the audience. 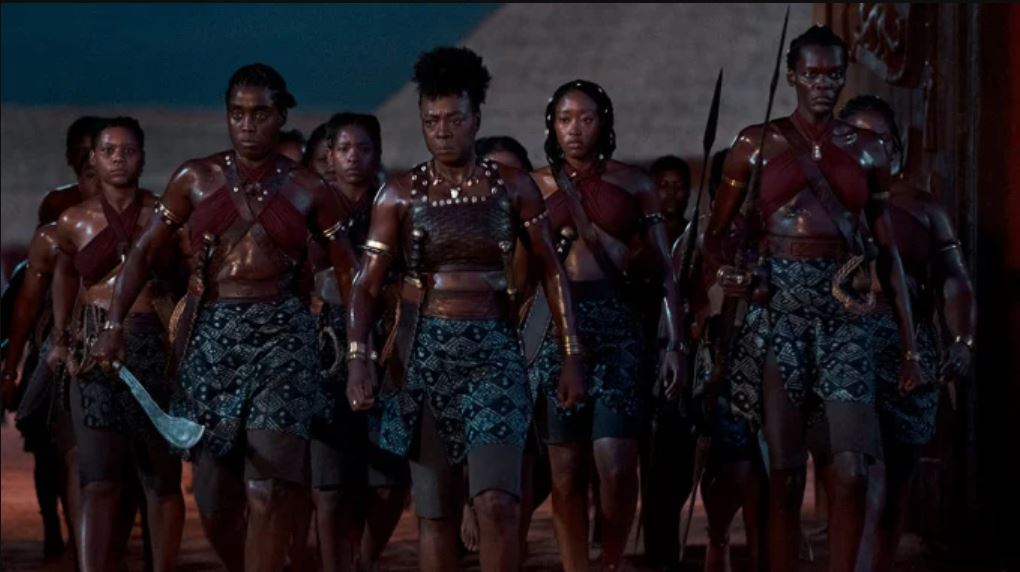 Overall, The Woman King is a genuine crowd-pleaser that delivers grand entertainment in terms of blockbuster scale, punchy set-pieces, and a formidable cast. Highly recommended.