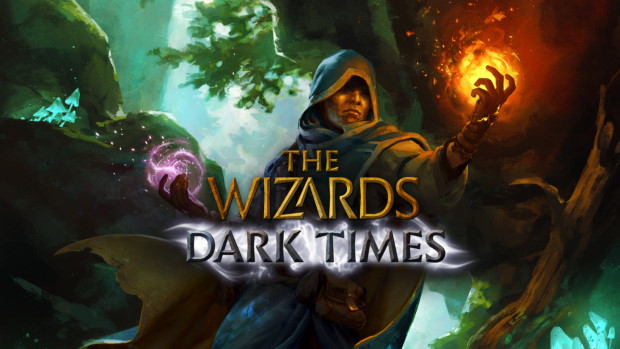 Summary: The Wizards are back and they have some casting to do.

It’s been a long time since I delved into the world of The Wizards and my memory is a little hazy, I’m pretty sure I liked it. But I wasn’t prepared for the experience of The Wizards: Dark Times. From the moment the game started it showed a level of maturity in visual design, the gloves on your hands are beautifully realised and put your right into the mindset of an adventurous spell caster. 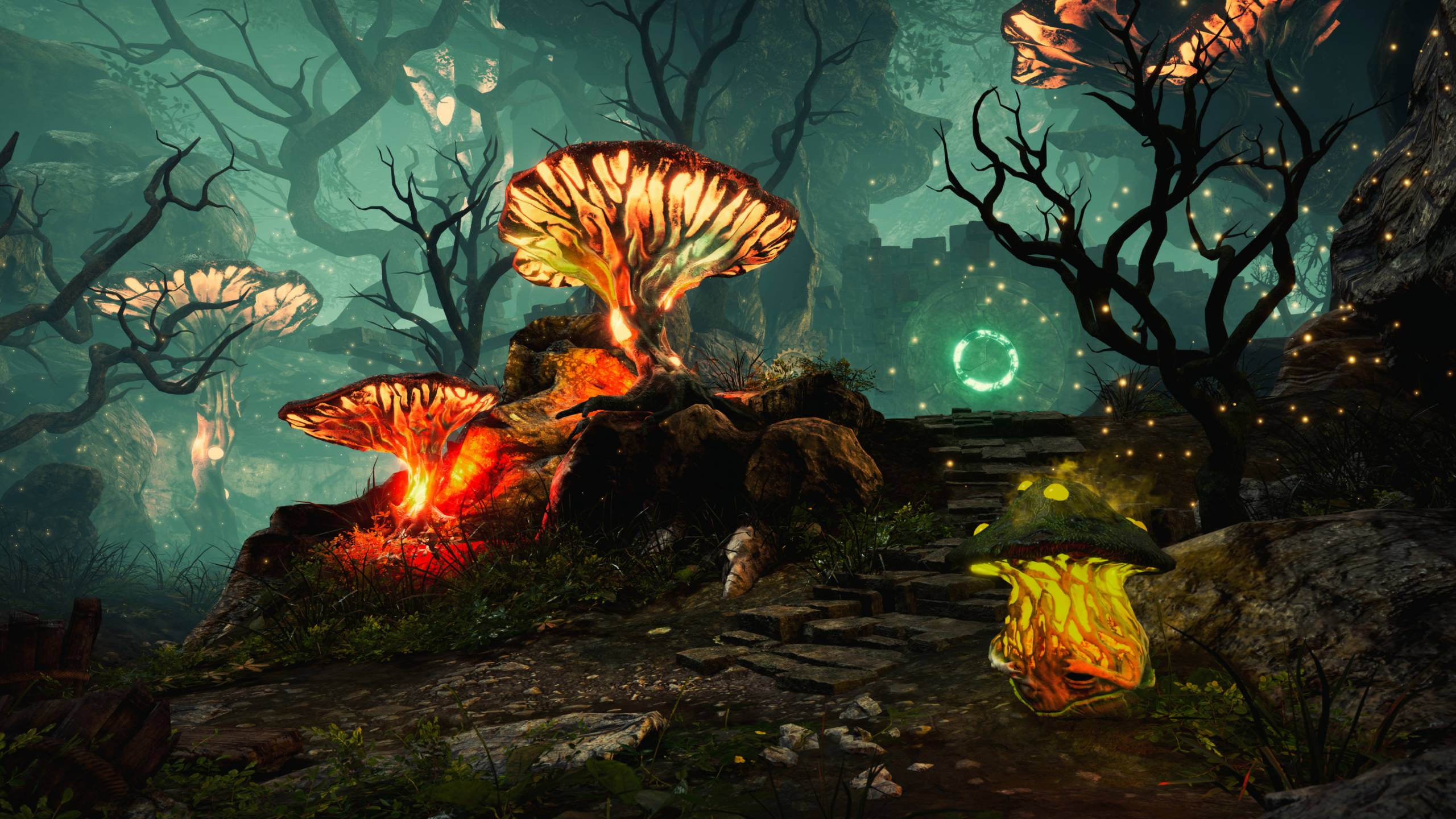 As you start to make your way in the world you learn the ways to interact with things (using the grip button, funnily enough, to grip things). You slowly learn more and more spells and get to explore more of this fantastical world you find yourself in. What you are being taught to use your powers for is to save the lands from a dark force known as Umbra that seems to have corrupted the land of Meliora. Your guide along the way is Aurelius (who will be familiar to those of you who played the first game). Aurelius is your guide and keeps things light with the odd throw away line (for example, when he asks you to push some buttons on a dormant mechanism and you do so but there is no obvious change Aurelius chimes in “well that did…. something”.). 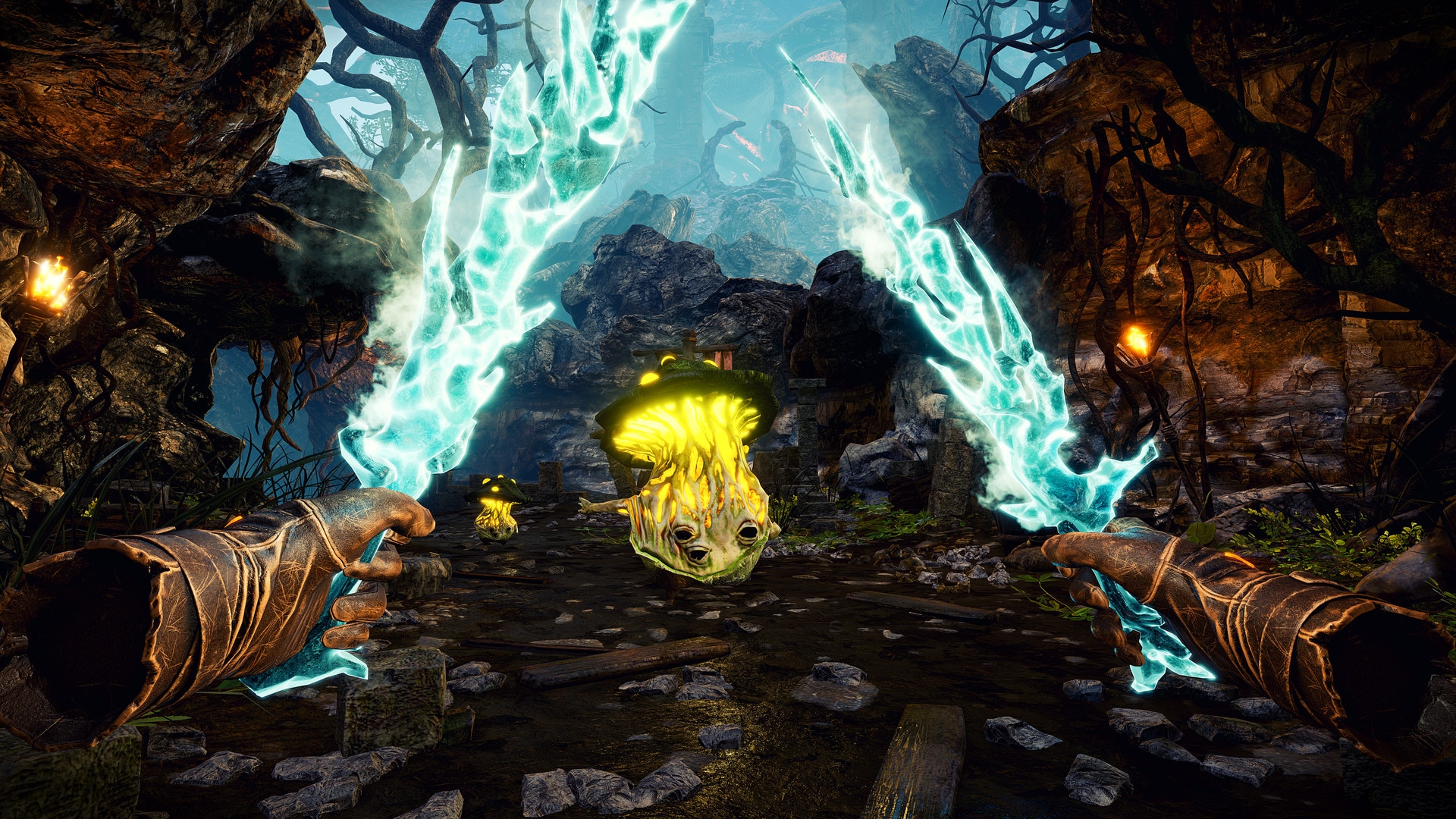 One of the best upgrades over the first game is the way spells are cast. The gestures are simple enough to not be overwhelming yet still feel powerful. The fact that you can dual wield (for most spells) is also awesome and something I kind of forgot was an option until I found myself facing a bunch of angry enemies charging at me and I tried to use a two handed spell (summoning a bow) but instead ended up with a couple of fire balls… which turned out to be just as good if not, arguably better. Some spells do have an “auto target” feature in that they will go towards the closest enemy from where you’ve thrown them, whilst this could be seen as making things “too easy” it actually just helps the flow of things (and we’re talking about magic anyway so it seems perfectly reasonable that it has some sort of “seeking” ability). On the other hand, the bow does not have a visual targeting system, so you will have to actually aim it as if it were a real bow. 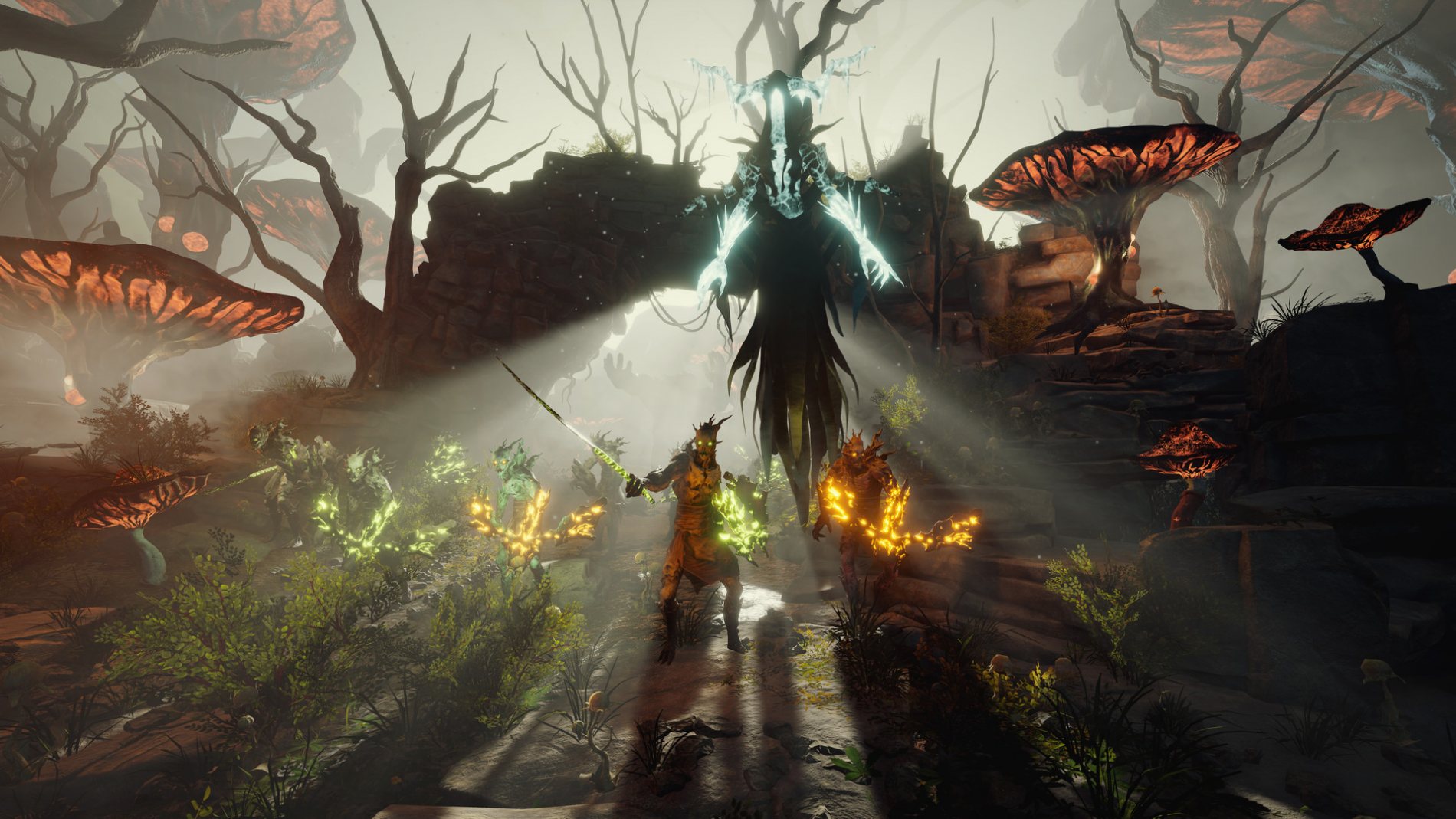 The environments are also quite wonderful, giant glowing mushrooms and birds circling overhead really flesh out the world and the play of light and dark is quite impressive. My favourite moment is arguably when I found myself entering a dark area and I figured I’d try casting the fireball (but hold it in my hand rather than sending it out) and see if it would light my way… sure enough it did, in fact moments later Aurelius suggested I do just that (ok so there’s a clear disconnect there from his advice and what I was clearly already doing… but still), that was pretty cool. 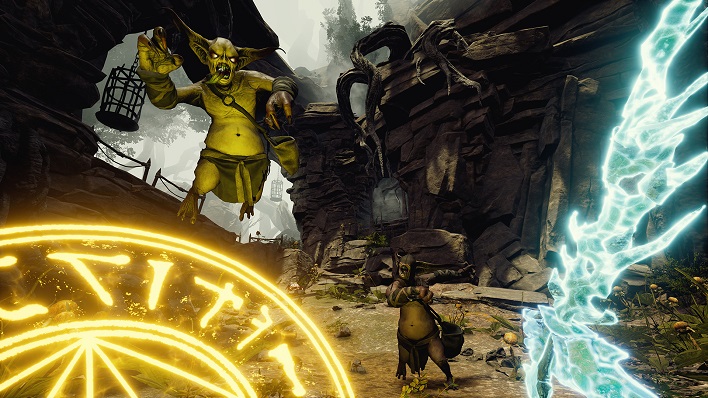 Essentially it’s a game that I fell right into. It pulled me in and gave me plenty of movement options (including suggestions of using both free movement and teleport depending on where I was) and I think one of the best implementations of a climbing mechanic I’ve come across, using the grip buttons to “grip” the items to pull you along/up feels so much more natural than using the trigger button and I was pulling myself along mushroom covered walls in no time.

I would heartily recommend The Wizards: Dark Times to anyone who wants a bit of magic VR gaming or who just wants to experience what a VR world can be. It’s a lot of fun and you get to feel like a truly powerful mage!