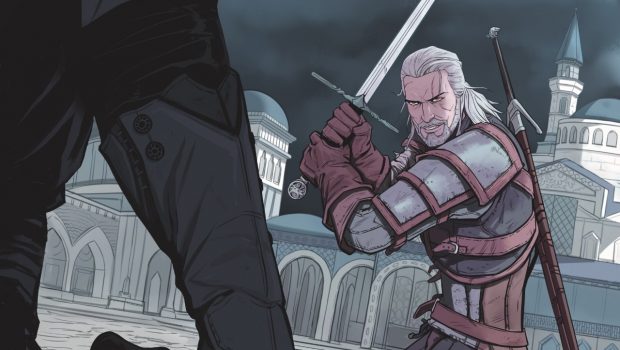 THE WITCHER: OF FLESH AND FLAME #2 REVIEW

THE WITCHER: OF FLESH AND FLAME #2 REVIEW Dana Folkard
Score

After finding themselves in Ofier, Geralt and Dandelion are forced to adopt new identities so as to survive in this strange and hostile place. Geralt quickly takes on a contract involving a mysterious series of murdered concubines, so as to secure their safe passage out of Ofier and back to Novigrad.

This issue begins with a flashback that many will recognise, involving Geralt fighting a gargantuan toad deep inside the sewers of Oxenfurt. We then jump to the present, where we see the consequences of that toadish encounter unfold. Geralt and Dandelion stand before the Ofieri King, both as unwelcomed intruders who are about to be sentenced to death. There is however a chance for them to earn their freedom and safe passage home. The King propositions Geralt, who has adopted the name Lambert, to take on a contract to capture the man who murdered his son…the twist is that the murderer just so happens to be Geralt. Feeling a little confused? Ok, so for those who don’t already know, the giant toad was in fact the King’s son, Prince Sirvat, whom Geralt killed believing to be a dangerous monster and not an Ofieri Prince. Hence why we are now seeing Geralt accepting a contract from the King of Ofier to capture himself. He has no choice but to accept the conditions of the contract, which he will embark on in three days’ time, leaving Dandelion in Ofier as a “guest” of the King.

Meanwhile, the crown sorceress approaches Geralt, revealing that she knows his true identity. She bargains with Geralt, whereupon she makes a deal that she’ll not reveal his identity to the King and offer safe passage out of Ofier, if he’ll help her uncover the mystery surrounding a series of murders. Geralt reluctantly accepts, with the first lead taking him straight to the King’s favourite concubine.

Ok, so as a HUGE Witcher fan, I’m pretty excited to have a story set in Ofier. We have only ever heard about Ofier and encountered a small handful of people from there, but never actually been there ourselves. Seeing the country, the traditions and customs firsthand is great, and lifts the veil of mystery surrounding this land. I’m also loving how Aleksandra Motyka is infusing an already familiar story with this one. As soon as I saw Geralt battling the giant toad in the sewers, I immediately got flashbacks to that hectic and bothersome fight from the beginning of the Hearts of Stone expansion…my personal fav of the two DLC’s. The familiarity of this story will appeal to avid fans of the game, especially seeing as that particular aspect of the story was left open, without any conclusion regarding the consequences of killing the Ofieri Prince. Well, here we are seeing the aftermath of that fateful day Geralt entered the sewer.

Marianna Strychowska’s art is really very good. This is the most Witcher looking comic I’ve seen so far, with the characters looking like they’ve just stepped out of the video game. It would be nice to see Geralt wearing something a little different other than his wolven witcher armour, but I’m really just nitpicking. Clearly Strychowska is using the games as visual inspiration, yet she still puts her own spin on these characters, making their faces a lot more animated and expressive. They all feel very much alive on the page, especially Dandelion with his overly dramatic gestures and flamboyant way of talking, which is exactly how I picture Dandelion. I quite like the level of moodiness that is achieved with the colour, with the use of a darker and more muted palette. Everything is bathed in a dusky-like filter, giving the impression that the light here is a little different because of the climate and landscape.

Overall, I’m enjoying the story and loving the fact that we are finally in Ofier. Old fans of the games will enjoy the turn the story has taken. I’m pretty keen to see where things will go from here. 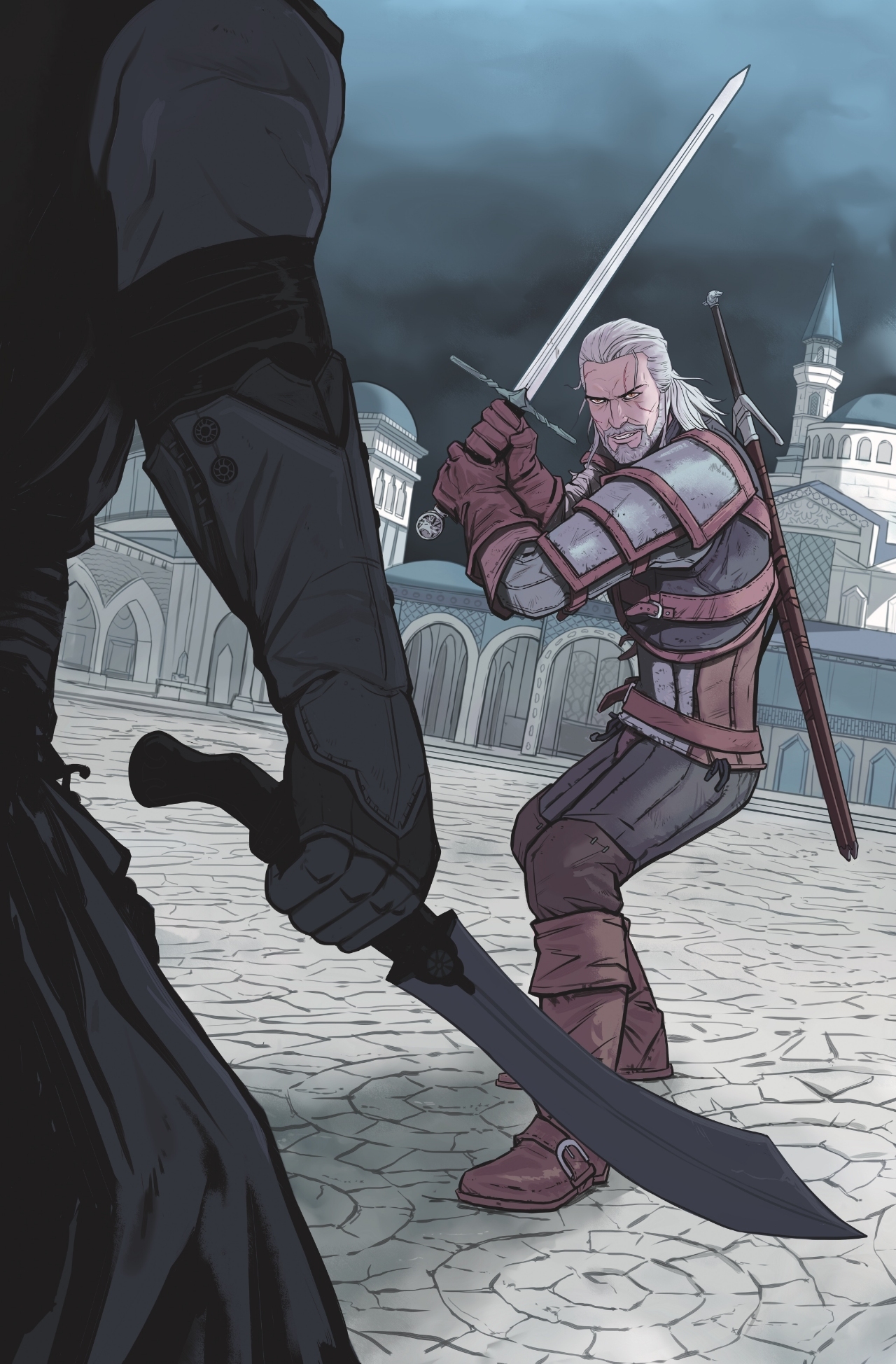