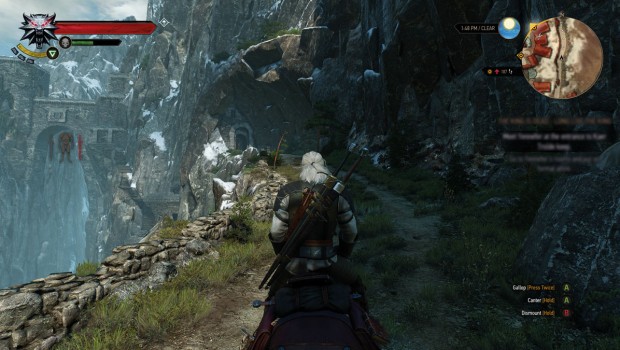 The Witcher 3 developers reveal establishing their own studio and the start of co-operation with Imgn.pro, to bring to life a brand new game!

Just announced, IMGN.PRO – the studio behind Kholat, and Fool’s Theory – the new development studio founded by former members of CD Projekt RED responsible for The Witcher 3 Wild Hunt, have joined forces to bring to life a new demanding, ambitious game. Development process of the title has already begun.

Fool’s Theory was established some time ago and with this one goal in mind. To create a game that will break some proven schemes. Joining forces with like-minded people from IMGN.PRO was the next step and today both teams are finally ready to announce their co-operation.

Evolution is a keyword when thinking both about our business and our new project. Merging our team with the Fool’s Theory crew gives us access to the best people in the industry. Since the beginning of Kholat development our goal was to deliver ambitious, high quality games. Nothing has changed in this matter.

Despite the fact, that now we want to go even further. With such a talented and experienced team, we intend to create a truly sensational game. The new project we are currently working on will be completely different than Kholat, much bigger and way more powerful – said Łukasz Kubiak, IMGN.PRO co-founder.

Jakub Rokosz, Fool’s Theory founder, the head of the IMGN.PRO development team and former Senior Quest Designer at CD Projekt RED added – We started working on a game that will be a daring combination of some isometric genres. I don’t want to reveal too much details at this point other than we’re developing the game on Unreal Engine 4.

It was a natural choice for us, taking into consideration how experienced the team is in working with this tool. I can assure you that the game will break some proven schemes and we’ll be revealing more information about it very soon.