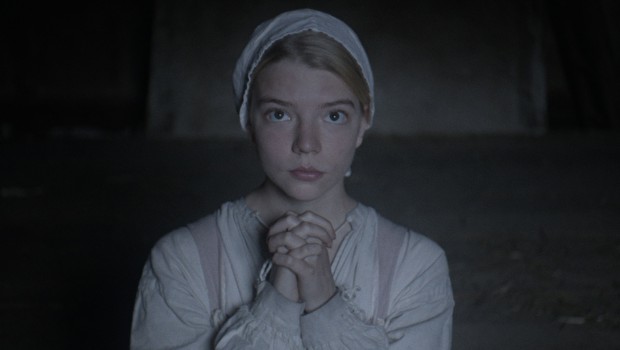 The Witch is a rare treat today: a horror movie that gripped me not because it is immediately gory but because of the ambiguous means in which it is told. Its resistance to provide all the answers to the audience, even after it is finished, is what makes this a strange but compelling mystery to unravel. The film’s ambition is heightened by the fact that this is the first film to be written and directed by American filmmaker Robert Eggers. Eggers has set the film in 1630 in New England, where a family is banished from their community and sent into the wilderness of the forest. In the film’s production notes, it says it only took 26 days to shoot the film and that the forest is one that is similar to an environment from Eggers’ own childhood. The miniscule shooting time highlights the skilful economics of the filmmaking and that Eggers considered his childhood here is true to the film’s reflections on the imagination. The Witch draws from classic horror cinema, implying its madness and horror rather than showing the violence. The film is the stuff of nightmares where logic and realism are intentionally discarded. These confusions are pressed back onto the family who tear each other apart and look to an invisible god (perception) that cannot help them. What drives them to madness, particularly the parents (Ralph Ineson and Game of Thrones’ Kate Dickie) is the disappearance of some of the youngest children in the family. In one memorable scene, one of the older girls (Anya Taylor-Joy, strong here) is playing peak-a-boo with a baby and then it disappears after the third time she uncovers her eyes. This is the film at its best: the bloodless but equally brutal punch of implied horror that troubles our imaginations and sends this Shakespearean-like family deep into conflict with each other. Eggers has also mentioned the Swedish filmmaker Ingmar Bergman as a major influence on the film. In particular, I thought there were strong parallels between this film and The Virgin Spring (1960), which was about the living nightmare experienced by a girl when she is trapped in the woodlands and the repercussions of a violent act. 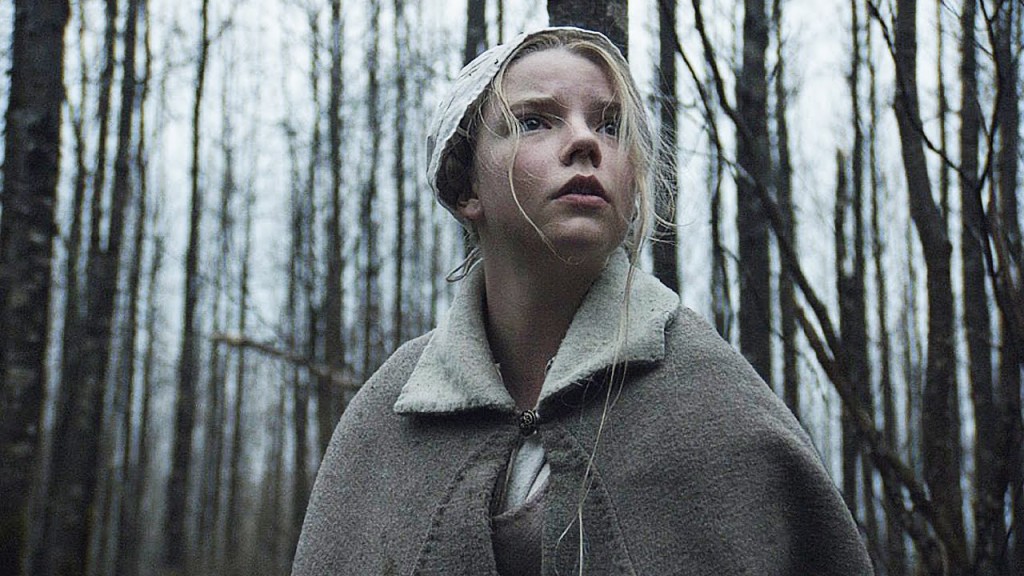 Shakespeare is another sizable influence on the film’s content and also its visual stylisations, as is the video game The Witcher 3: Wild Hunt. To enhance the sense of isolation of the exile in a godless environment, the banishment into the woods is filmed in grey, ash-coated charcoal tones, which is like a haze over the woodlands, masking what horrors are deep inside them. Similarly, a long shot of a dense collection of trees, separate from a clearing spot, is a repeated image that suggests how deeply evil or madness can draw a person in and control their actions. Another comparison to Shakespeare is the language or diction of the dialogue, which is going to divide audiences. The dialogue is spoken in Old English and one of the technical faults of the film is that in spite of how exquisitely framed scenes are, some of the dialogue can be tough to hear properly, particularly in the indoor shots of the cabin. Nonetheless, the dialogue adds to the challenge of the film and makes us work harder to concentrate and also overcomes jarring anachronisms found in modern films that don’t take the time to adopt the correct language of the period. Admittedly, it is also problematic that in the final quarter some of the goriest scenes occur and the violence sets in but likewise, I began to wonder about the final images of the film and how much of this is real or merely visualising a state of mind for one of the main characters. The film is less a judgement of these characters, each of whom has a secret or a sinful mind, but a comment on how they let their fears and mistakes turn to violence and then onto each other. Given that the dialogue is a challenge for people, I think The Witch will relish a digital release, where people can experience the claustrophobia on their computer screens in a confined space and also turn on the subtitles or rewind scenes to have a stronger grasp on the dialogue. But then again, who would want to lose the clarity and vastness of many of its memorable images on the cinema screen? It’s a film strong enough to warrant these questions about how it should be viewed.

Summary: The Witch is a rare treat today: a horror movie that gripped me not because it is immediately gory but because of the ambiguous means in which it is told.