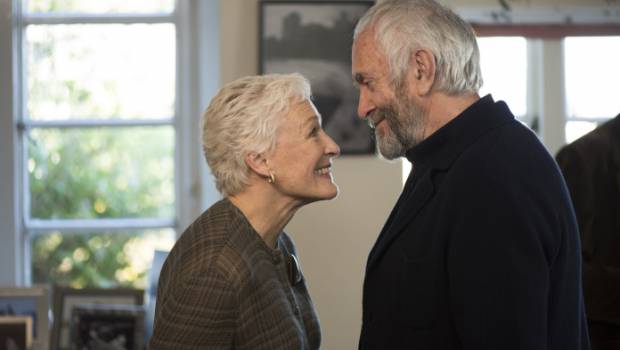 It’s the destination or the endpoint of The Wife that matters the most. The family drama starts with Joe Castleman (Jonathan Pryce) waking to a call telling him that he has won the Nobel Prize for Literature. He and his wife of forty years, Joan (Glenn Close), celebrate by jumping up and down on their bed together. They’re both elated with the news and are invited to Stockholm to accept the prize.

They are accompanied by their son David (Max Irons) who is writing his own short stories but feels underappreciated by his father. Joe must be dragged to read David’s piece and then tells him condescendingly that its merely decent for a first draft. Meanwhile, Joe is pestered by a reporter named Nathaniel Bone (Christian Slater) who hints that he has information about Joe’s past. Joe rudely dismisses him and says that he will never become his biographer.

Through a series of flashbacks, the film uncovers how Joan and Joe met when she was a student (played by Annie Starke) and he was a young professor (featuring Game of Thrones’ Harry Lloyd) with his first family. There’s also a revelation about how his prized novel was developed over time. The backstory filters heavily into the drama of receiving the award and the tension with Joe’s family.

The Wife marks the first film by Swedish filmmaker Björn Runge since 2011. While his two leading actors Close and Pryce are reliable as the elderly couple who have become entirely dependent on each other in more ways than one over the years, the rest of the film is a little tepid in its design and stylisations.

Runge is directing from a screenplay by Jane Anderson, an adaptation of Meg Wolitzer’s 2004 novel. The positives of her script are apparent from the opening scene. It immediately sets the story in motion with the poignancy of Joe being told he is receiving the Nobel Peace Prize. It also cleanly alternates between the past and the past. There’s no confusion about the timeline, who the young characters are and their relationship to one another.

A weakness of Anderson’s screenplay though is that is comprised mostly of talky conversations, which leads minimal visual finesse in Runge’s direction. Most of the scenes are filmed as talking heads. Only occasionally does he open the film to an exterior shot of the city or a large ballroom setting. This style might have worked better on television, where Anderson is most accustomed. She has written an episode of Mad Men and some television movies. 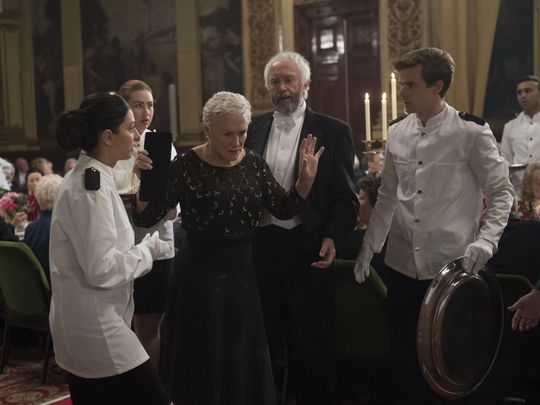 There’s an artificialness or a stuffy degree about the feel of this family too, which is either a result of having a Swedish filmmaker illustrating a high-brow American family or a design of the story. It is hard to distinguish because the pompousness could be intentional, reflecting how fraudulent the happy family is to us. In one scene, Joe berates his son because he can smell pot on him before an event.

While the story is a little predictable about a major revelation, it also raises some interesting historical points about writing itself and the ownership of writing. In the flashbacks to the 1950s and 1960s, The Wife reveals itself to be highly sympathetic not to Joe but the young Joan and her sad experiences maturing as a writer. She is told by another woman that women can have their work published by its unlikely anyone will read them. She is told that a writer must be read, which dents her confidence of becoming a published author.

Through these scenes, The Wife constructs a dilemma about whether the ownership of a writer is determined by the actual writing process and the finished word, or whether the original ideas define the work. This is instrumental in how Joe and Joan are almost inseparable in their support for one another, despite the heavy implications that Joe has cheated on her in the past. Although its pretty clear that the film is rightfully on her side of the argument. 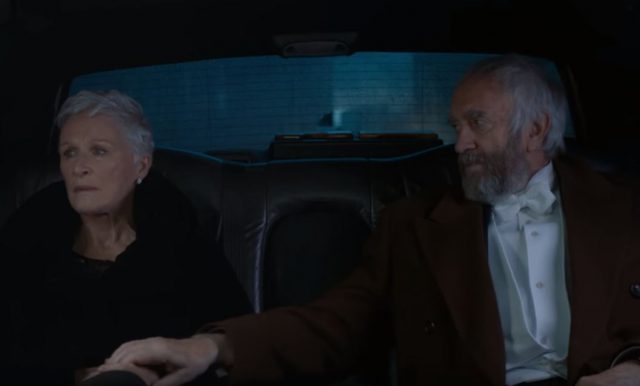 What salvages the film in a big way is the last quarter when the relationship and the false veneer of the family dynamic unravels. A blow-up between Joe and Joan is filmed with a handheld camera, which is a stylistic choice that complements the explosive energy impelled by these two seasoned professionals. The way they voice their grievances inspires the type of dynamic urgency that has up until that point been missing from the story.

There’s also a funny and unexpected slapstick gag where something valuable is thrown out of a car window and Joe’s driver must stop the vehicle to find it for him. It is encouraging that the film ends so strongly and that its conclusion perpetuates the type of sympathy that it holds for the character Joan. Otherwise, it wouldn’t have been a particularly memorable film despite the presence of its experienced leading actors.

Summary: It is encouraging that the film ends so strongly and that its conclusion perpetuates the type of sympathy that it holds for the character Joan. Otherwise, it wouldn’t have been a particularly memorable film.