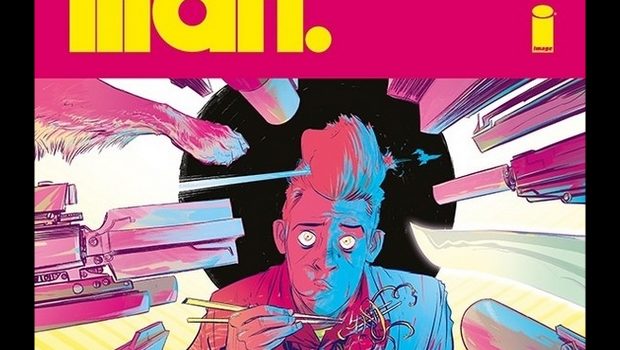 Summary: Nathan Bright was living the dream, until he learnt the nightmare that just might be his past was coming back to haunt him.

Nathan Bright is the eponymous weatherman, living a dream life presenting the weather on terraformed Mars. He’s got a great dog an awesome girlfriend… things couldn’t be better… but the forecast for his future is anything but bright! With a touch of Total Recall Nathan finds himself being accused of something he has no memory of… but enough other people are convinced he is responsible for the worst terrorist attack in history that it doesn’t matter what he can remember… he just needs to get to the bottom of this and fast! 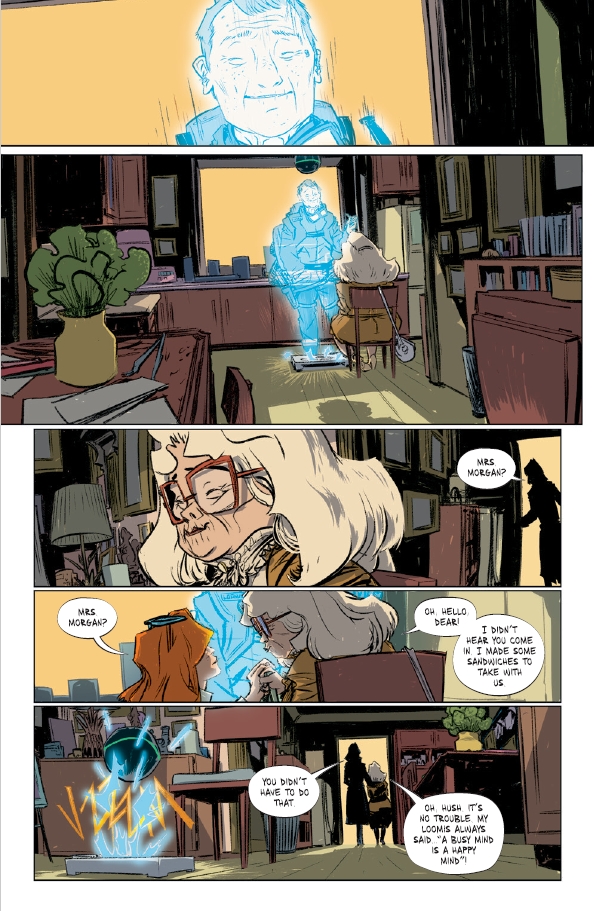 With full knowledge that it’s probably somewhat overused… I can’t help but say this is a roller coaster ride of action and excitement. The mood is set with such timing that just as you are getting used to the seemingly peaceful surrounds of a solemn Mars public event, you get thrown into the chaotic world of Nathan Bright as he makes it to the studio with not more than a fraction of time to spare before being on air, then we’re off to some shady looking characters and learning of their intents. All you can do is strap in for the ride and try keep your hands safely ready to turn the page to see where it will take you. 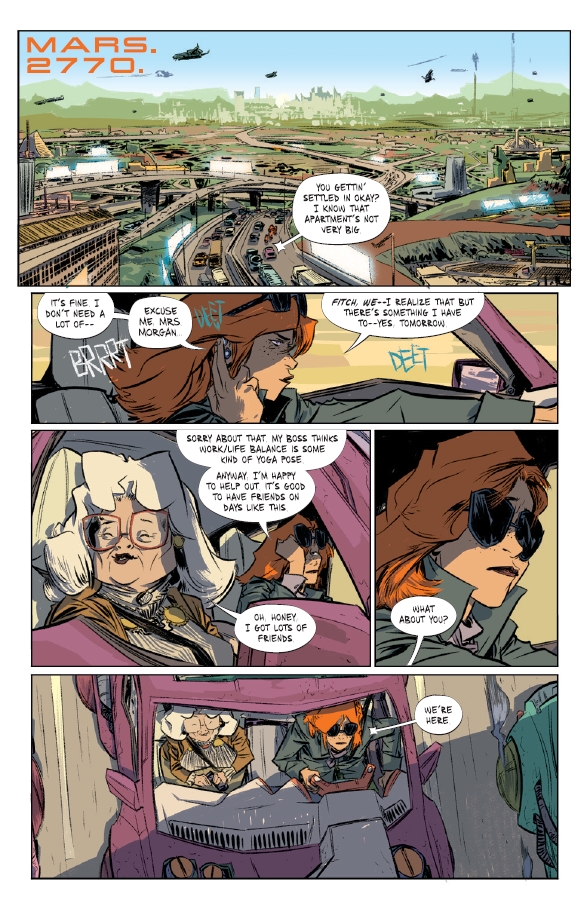 After reading part way through The Weatherman Vol 1, it occurred to me that the art reminded me of some of the more modern Disney films… something in the facial expressions (or contortions the face makes whilst eating) that rang a familiar bell from some of the more recent films. The other thing I was somewhat reminded of (perhaps not surprisingly given the former) was a touch of Don Bluth… that sort of highly expressive face combined with the wonderful colour work. It ensures nothing is dull or likely to take you out of the action of the story far from it… it draws you in (no pun intended) and keeps you glued to the pages. 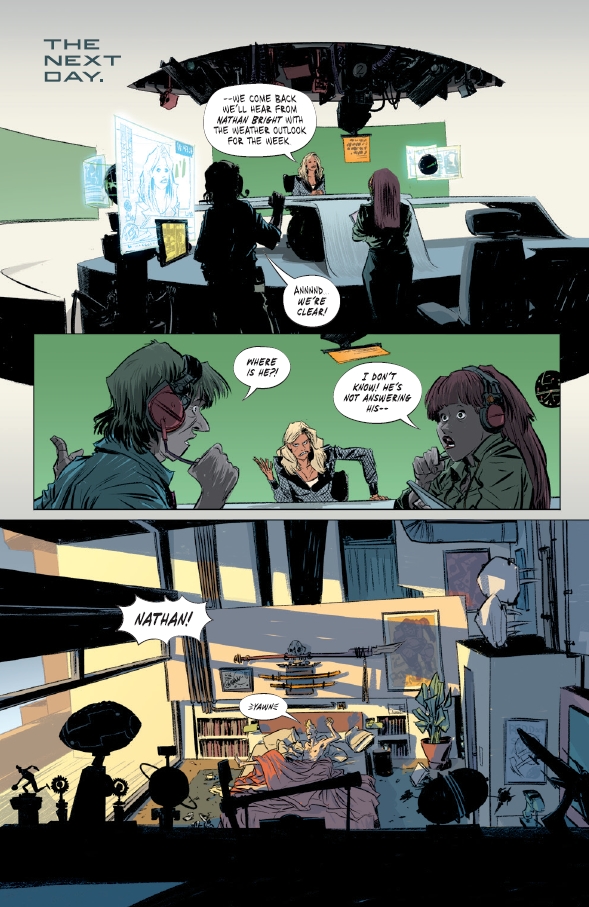 I don’t think I’ve ever been more interested in learning about the next meteorological installment… without a forecast in sight. The pace and the twists and turns ensure that you are constantly captivated while reading. If you like sci-fi and action… or even just action, this should be right up your alley. Total Recall is the most obvious comparison I could make for the story… but as much as this borrows elements (most notably relating to memories) it forges it’s own story and pulls you along whether you’re ready for it or not. I shall wait with great anticipation for the next installment! 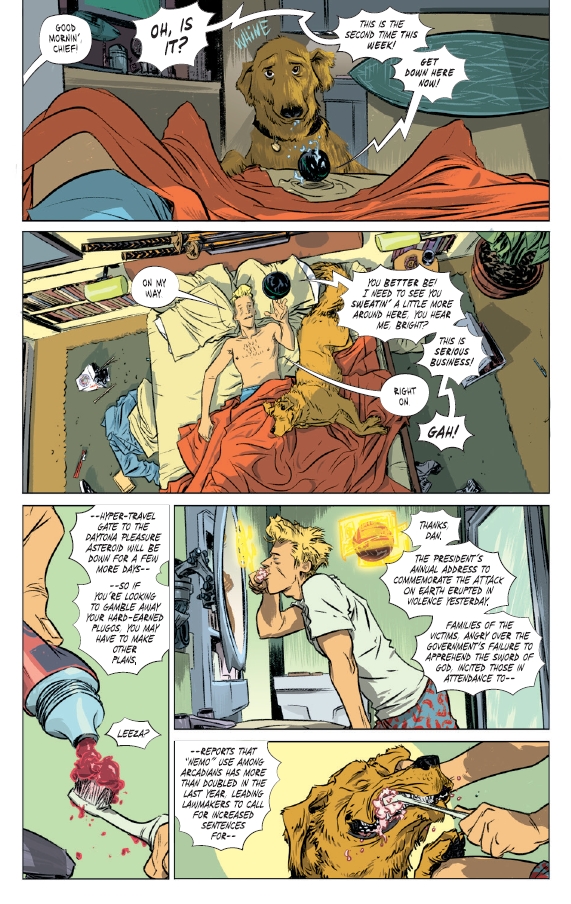