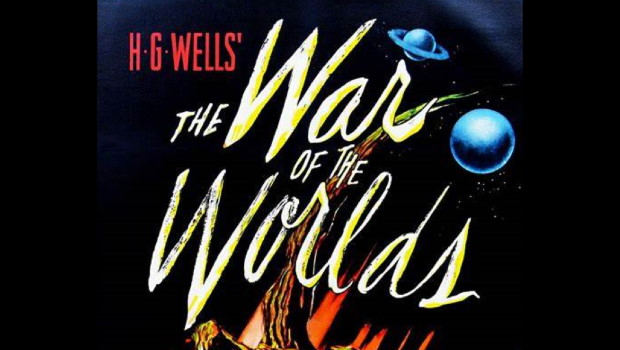 The War Of The Worlds Blu-ray Review

It would be hard to grow up in western society and to not have at least heard of The War Of The Worlds, H. G. Wells’ classic novel. The novel and the film are referenced in many forms of pop culture from cartoons to comics and for me most notably in the movie The Explorers. But with all that said, I’d never actually watched the original 1953 film, until now.

Imprint has provided us with a fantastic 4K remaster of the film from the original camera negative and the result is a film with images as bright and vibrant as a modern film. There are few indications of the age of the film in the actual visual quality itself, where often a film will start to look dull or as if it has muted tones after a certain age… this presentation is vibrant and the colours are full of life. The film is presented in it’s original film aspect ratio which will throw off some of the younger viewers as the black bars move from the familiar top and bottom of the screen to the left and right instead such was the formatting of the day and it’s good to see the image hasn’t been stretched or altered to fit modern screens as used to be the case with some releases. 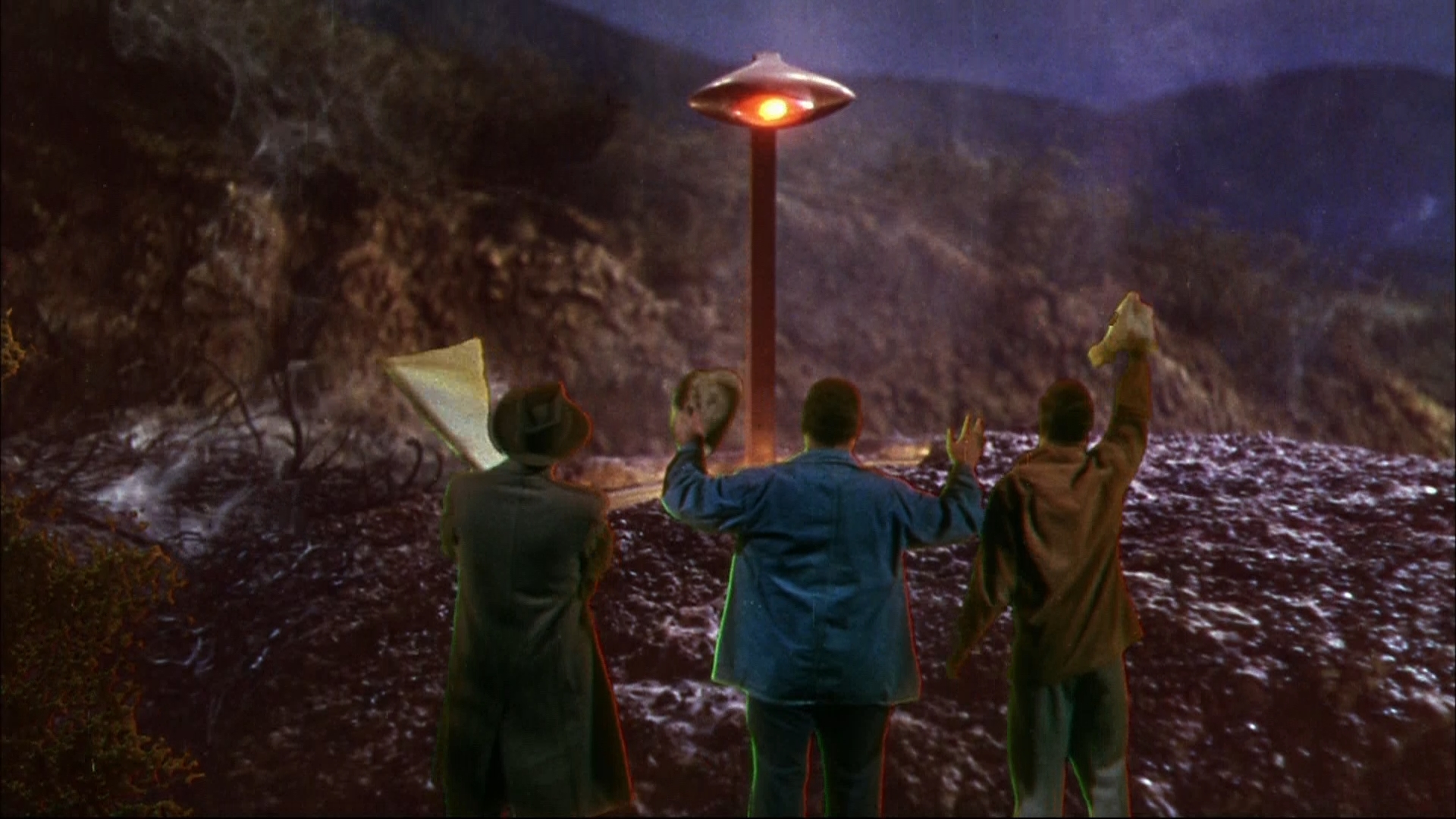 I won’t go into the plot too much because, as mentioned earlier, I suspect most people have at least a vague idea of what happens. Strange objects start landing/crashing to earth and soon are revealed to be Martian invaders… they seem unstoppable until finally they all fall to Earth’s microbial protection. What is brilliant here is the extra features. Imprint really understand the joy and value of physical media and have put a bunch of extra features on the disc that will please any movie buff. 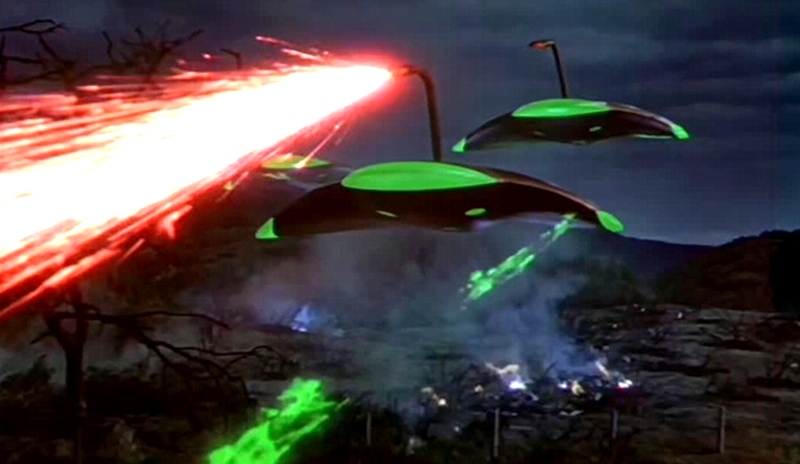 Of prime note for this particular release is the inclusion of the infamous “The Mercury Theatre on the Air Presents: The War of the Worlds Radio Broadcast” from 1938 (with stills of Orson Welles)”. It’s one of those events that became legendary (and apparently became far more widespread and impactful with each telling compared to the reality of the isolated incidences that occurred), so it’s fantastic to have it on this disc and be able to hear it for ourselves. 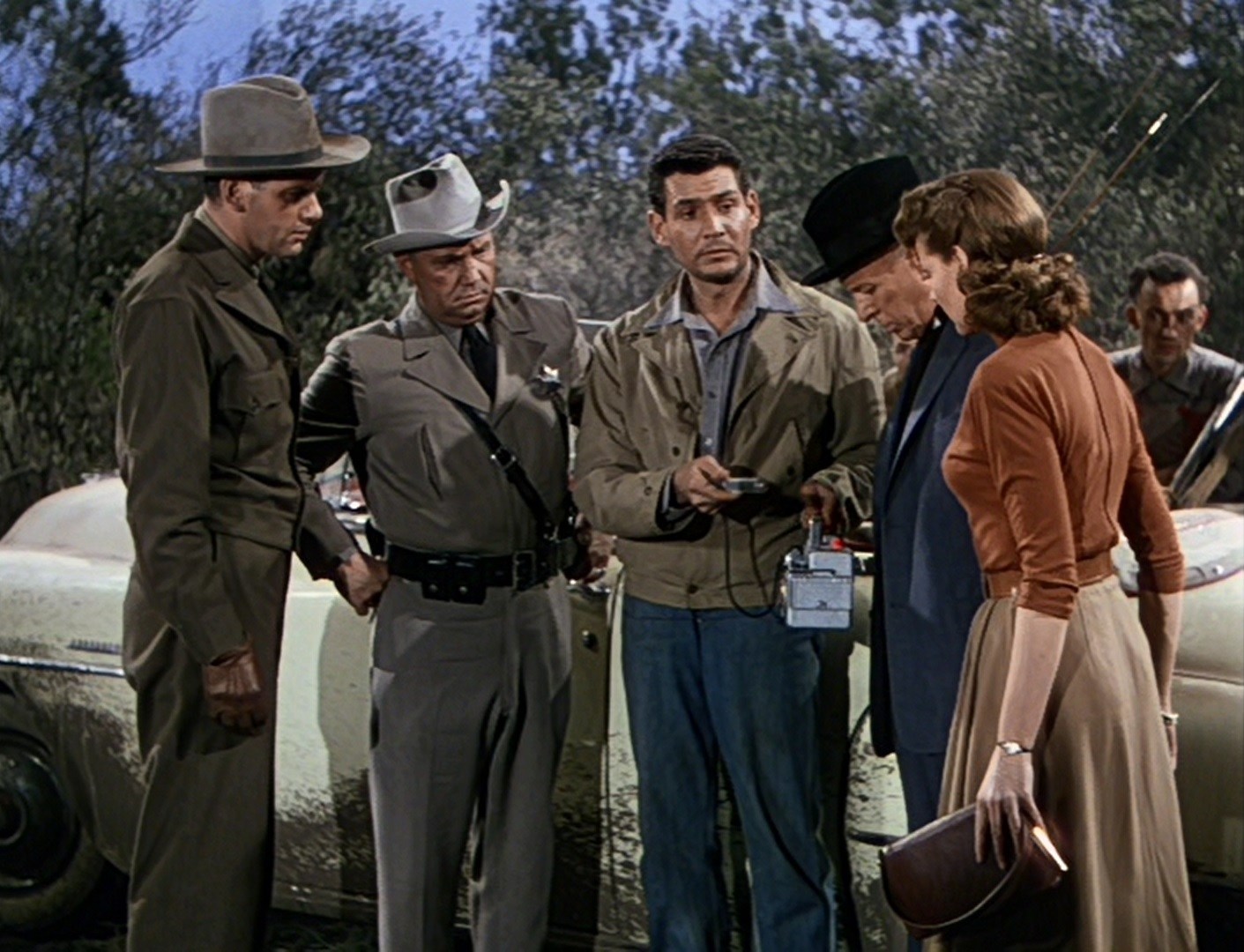 I give a huge thanks to Imprint, not just for providing this disc for review but for providing physical media, with bonus features. Too many people these days have pushed physical media to the side in favour of streaming… but some of us prefer the ability to watch what we want, when we want regardless of active internet connection or not and labels like Imprint are much appreciated for providing the material for us to enjoy.

A high recommendation if you love the movie or just want to have a piece of cinema history in your collection!