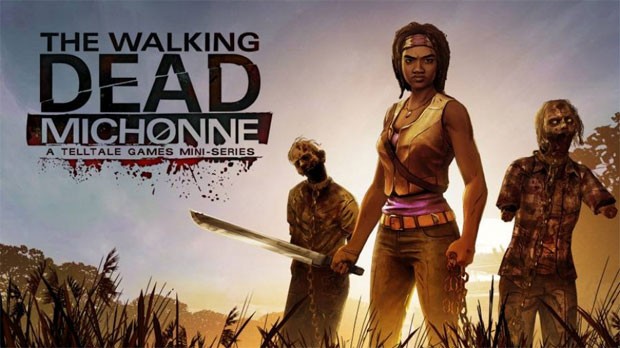 The Walking Dead: Michonne – Episode 1- In Too Deep PS4 review

Summary: The first episode of The Walking Dead: Michonne is a fun, interesting journey into the psyche of Michonne and how she handles a new violent group of survivors.

As a massive fan of both the source material and the existing episodic point-and-click adventure video game series, I was excited to play the The Walking Dead: Michonne, the newest three-part mini series from Telltale Games, and find out more about what the character of Michonne experienced during her temporary absence in the comic series (Issues #126 and 139).

In Too Deep is a fascinating look into the psyche of Michonne, arguably one of the most popular and iconic characters to come from Robert Kirkman’s comic franchise. Without spoiling too much for non-readers, the beginning of this episode takes place after a bloody pyrrhic victory against another group of humans in Issue 125. Too much for her to handle, Michonne leaves Rick and company without warning – in a very vulnerable emotional state of guilt and conflict. 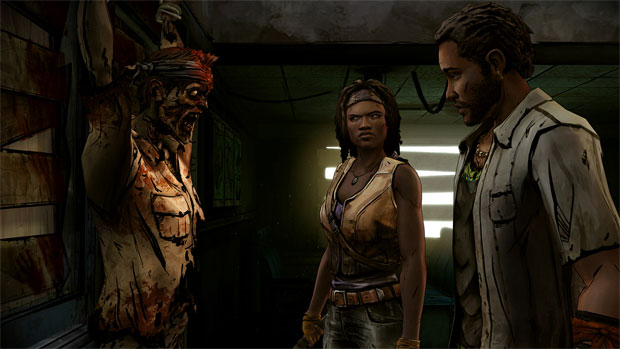 The majority of In Too Deep focuses on Michonne and the crew of “The Companion”, a seaworthy boat manned by Pete, a kind-hearted captain who takes Michonne in alongside his crewmen – Berto, Oak and Siddiq (Pete and Siqqiq are also characters from the comics) and their journey across the shoreline of the East Coast of America as they search for survivors to trade with. When a fellow Captain and his people vanish from a regular trading hub, Pete presses Michonne and his crew to investigate a faint radio signal on a beached ferry. Being more than two years since it all began, the only survivors still around are hardened groups – which the crew of The Companion come into direct conflict with.

While Michonne’s personality and inclinations are fairly well-established for any fan who has read the comic books or seen the television show, the game presents interesting choices for players to explore different facets of Michonne’s state of being at the time of the game. Is she still snappy and hostile like classic Michonne? Has she softened up to Pete and crew for taking her in? Or are you hoping to see her take on threats with her usual lack of hesitation? There’s a good amount of variety here, even if the core theme – Michonne’s recurring flashbacks of her children during the early days of the zombie apocalypse – bubbles underneath every choice.

While incredibly tough and able to kill walkers easier than others, Michonne’s constant flashbacks and her self-destructive need to flee from the past is a weakness which grounds the character and connects the player to her and the choices they make for her. This is where the game is strongest; deeper examination of its star character. The plot is equally compelling and tense, but may be somewhat standard-fare for some used to darker scenarios: a group of morally-ambiguous survivors and two untrustworthy scavengers and a three-way conflict with Michonne and her people. The majority of the game is the player working out how to react to their lies, promises and threats, and who to trust in another dangerous hostage situation. 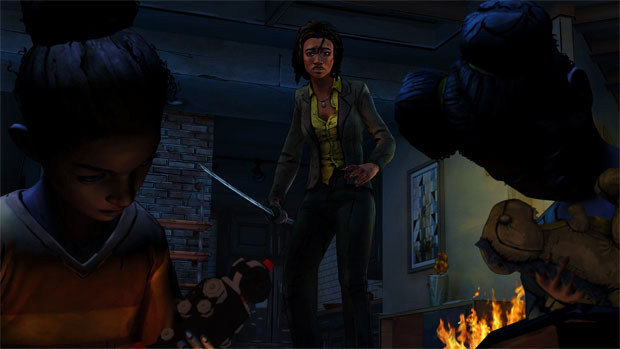 Even if the general plot isn’t your cup of tea, Telltale does each supporting character justice in the two or so hours players get to know everyone. Pete is a genuinely good man concerned for Michonne and saving other survivors rather than avoiding them, while crewman Oak is less enthusiastic about losing anyone else despite respecting Pete. The episode’s antagonist, Randall, is an archetypal bad guy in many ways, roughing up Michonne and company depending on how hostile you are to him, but you can understand why he is like he is – nobody survives and learns anything from anybody with soft words in an apocalypse like they’re in. The choices you’re presented in dealing with these people are hard ones, typical of Telltale, and will no doubt keep some players on the pause menu while they deliberate – you’re deciding their fates, after all, as we all know Michonne will live to see the end of her story. 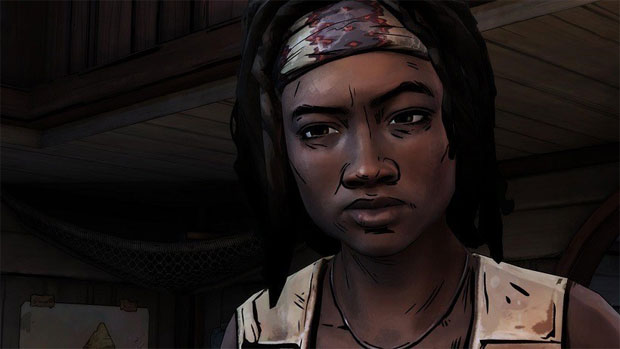 As far as settings go, it is satisfying to see a part of post-apocalyptic United States which has only been briefly shown in the comic book. The coastline is vast and dangerous, and gives a logical reason to prevent Rick and other well-known characters from the main series from appearing in what is, and should be Michonne’s intimate tale.

The voice acting of The Walking Dead: Michonne is, as expected from past Telltale games, excellent. Malik Yoba deserves a mention as Pete, but naturally the star of the show steals the limelight. Michonne is voiced by Samira Wiley (Orange is the New Black), and does an excellent job of stepping into the shoes of such a complex, troubled character and conveying her internalised guilt and hostile nature accurately while Telltale handles the external way she copes – by brutally chopping, stomping and crushing zombies. The graphics remain the same as previous games in Telltale’s TWD series, but the fight scenes with zombies have gotten a distinctive touch in the choreography department, making every violent encounter even more visually striking than the last. 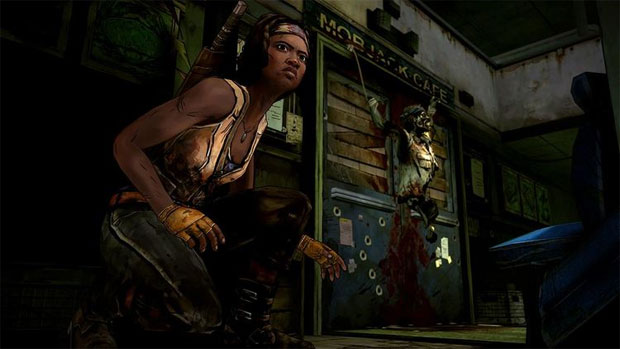 The first episode of Telltale Games’ The Walking Dead: Michonne is another fantastic adventure and faithful video game adaptation of The Walking Dead comic book franchise. Well-paced and focused on the character of Michonne, it shows an intimate, vulnerable side to everybody’s favourite hard-ass zombie-slaying survivor while simultaneously granting us the bloody violence we crave when seeing her in danger and in hard situations. Perhaps a little on the short side (around or under two hours completion for me), I’m looking forward to seeing Episodes 2 and 3 to experience the full package.