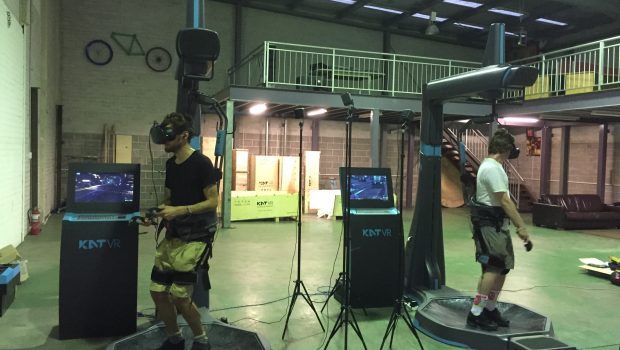 Recently, I tried virtual reality gaming for the first time and it was on a day where escaping reality was much needed. Lately Sydney has decided that it would open the doorways to hell and let all the heat out so it was ideal to leave this world for some pixelated adventures. Being a novice of VR gaming I wasn’t too educated in this particular field besides the occasional Oculus Rift video appearing on my Facebook timeline. Anthony Feng and Michael Su are two young business owners who are offering Sydney goers a VR experience that goes beyond other basic models. Their company The VRcade not only allows you to tap into immersive gaming by putting on a headset, but you also get the full (and sweaty) experience of using all your limbs to play.

The first thing you notice when you step into the temporary location of Anthony and Michael’s warehouse setup is the two very large and intimidating machines that look like they’d take you into the Matrix rather than play video games on. But in a way the former is kind of true. Not only do you wear a headset, leg sensors and carry two Wii styled remote controls in your hands but there’s the amazing (and at first confusing) addition of putting on a special shoe that allows you to run on the spot which then in turn makes you run in the game. This cardiovascular feature is especially used in Kaiju, a super fun co-op first person shooter game that has you and a buddy racing around a city being attacked by a large but adorable monster which makes the fun experience more kid friendly and is a good introduction to VR gaming. 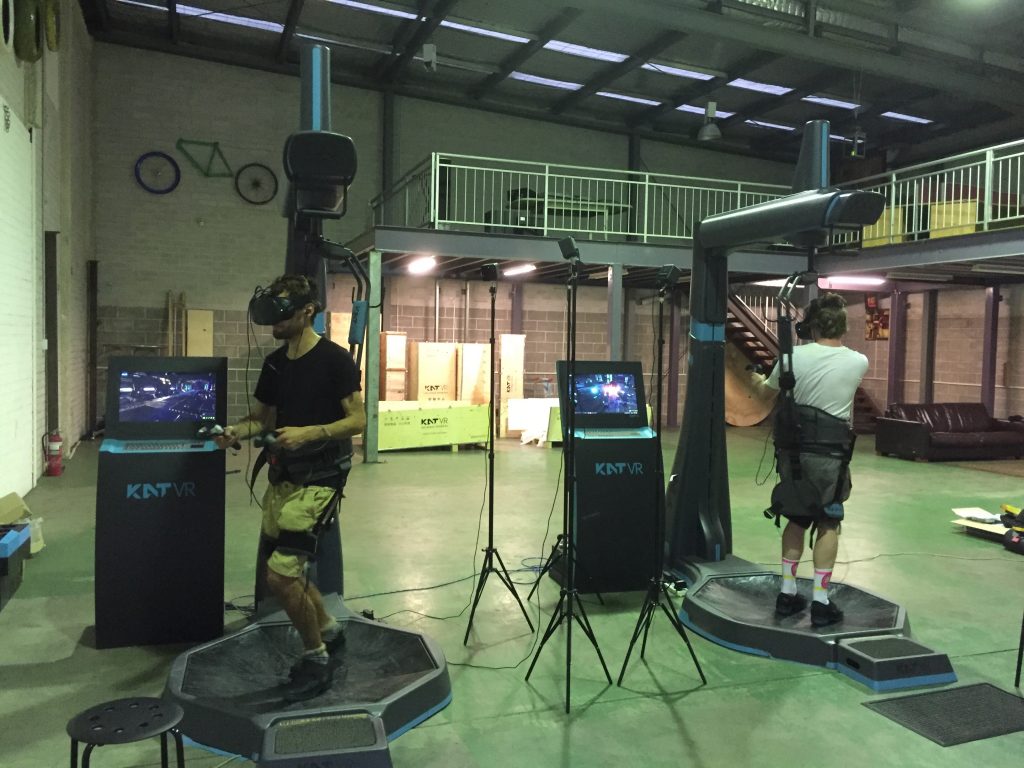 For a scarier gaming experience there’s Zombie in Lop Nur, a more intense and complicated game that has players intricately using most of their appendages to reload guns and pick up weapons in a sophisticated way while unrelenting zombies make their slow descent upon you. This game is one of the more difficult ones but becomes really enjoyable once a player figures out what they need to do in order to splatter zombie brains all over the virtual walls. The walking/running aspect of all the games is quite awkward at first. I could only liken it to learning how to walk again since you’re fastened into a machine that holds you upright and has a strange bowl shaped surface you have to manoeuvre your feet across as you move in the games. Also be warned that the game play is so immersive that it’s easy to forget your surroundings. Especially when one of the nice workers at VRcade tries to fix your knee sensor but you’re too involved in the game to notice. A knee to head scenario may occur.

When I spoke to co-founder of The VRcade Anthony Feng, he explained how the machines, even though quite high-tech, aren’t that hard to use. “[The machine] allows players to interact with the virtual game with their most natural movement using legs and arms. It also provides the most immersive game experience to date,” he tells me as I strap in and prepare to shoot a giant city destroying monster. “A layman need to simply rock up to our store to experience the coolest VR games.” 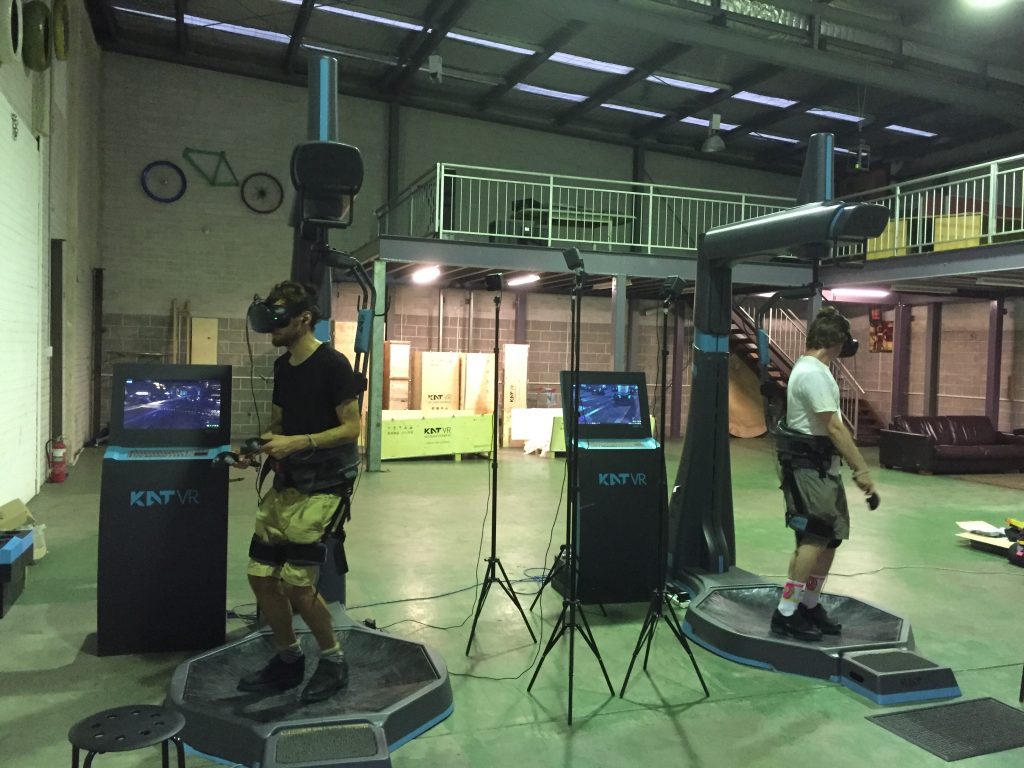 If you’re after a new gaming experience here in Sydney then it’s highly recommended you try out the head spinning games at The VRcade. The two young ballers have a temporary setup in Tempe but say they will be moving to a permanent location soon. Just make sure you’re ready for a slight workout if you decide to venture on down.

Check out www.thevrcade.com.au for more info