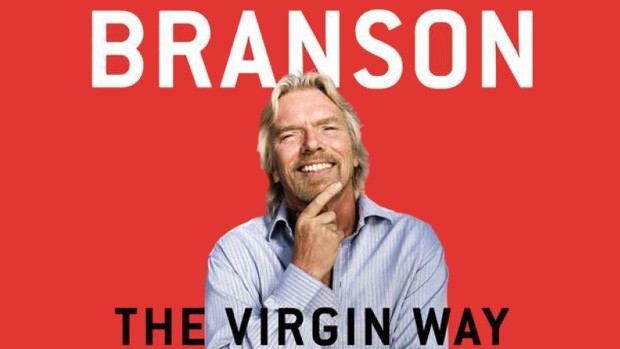 Summary: The Virgin Way is a must read book to anyone in business!

I’ve been following Sir Richard Branson on Twitter for quite some time now and I’ve always been fascinated by not only his rise in becoming one of Britain’s most wealthiest men but also his down to Earth approach that has made him one of the UK’s favourite and approachable people. Needless to say he is an amazing man and when he posted tweets about his latest book “The Virgin Way”, I just had to read it!

Unlike other books on leadership or business, The Virgin Way throws all those antiquated theories out of the window, especially some of the flawed business models that are still being used today. Let me tell you this… there’s some horrible CEO’s and Managers  in the world and this book even addresses those people. I also like to call some of these people workplace psychopaths because they are not interested in the product or the people but rather the status symbol and power that their position brings. Branson on the other hand is the polar opposite, he listens, learns, laughs and leads which is obviously his success story.

Another unique aspect about this book is that Richard Branson describes the leaders, workforce and business of the various Virgin enterprises with experience, anecdotes and inspirational quotes in order to support the reader and hopefully become a better leader. Who would have thought that Richard was nervous about public speaking and he even gives you tactics to help you out like turning a speech into a Q&A section or even imaging that you are at home talking to friends and family.

At just under 400 pages long, this book is split into four topics that include listening, learning, laughing and leading. For example, Richard describes the secret or as he so eloquently says, the Dying Art of Listening and interesting enough, Listen actually spells silent which most people should adhere too. He even mentions those people that just have to talk, opposed to sitting there and taking in the information. At times, this book is simplistic but it is extremely insightful and very relatable to the reader.

So as I read this book, Richard gives the reader a great insight into how he became one of England’s most successful businessmen but also how his down to earth approach to just about everything led him to success. He also gave us a very emotional snapshot into his life that included his parents, family and discussions he had with a wide variety of people from around the world. For example, describes a time when he was going to launch Virgin Condoms but thankfully for his wife this idea never left the house, whereas another story in the book is about giving employees a second chance as his father did when he stole money from him as a child to buy sweets. Oh… and most sentences should be able to be tweeted as well… so apologies for some of the longer sentences in this review.

However what stood out in this book for me were some of his tactics that he has used throughout his career such as and listening to other people, creating a positive workforce culture and that just because you’re a good entrepreneur, you may not be a good leader. Everything he says also rings true and really puts the business world in perspective. The last part of the book, the afterword is also split into ten sections that include topics such as following your dreams, spending time with your family and that business can be done anywhere besides an office which seems to be the norm for some businesses.

In conclusion, The Virgin Way was a thoroughly entertaining and informative read that really resonated with me on many different levels. Given the business model employed by Virgin, I would love to be an employee of this company and having worked with many different bosses, managers and CEO’s over the years, the majority of these people definitely need to read this book because it may open their eyes and as a result lead a happy and proactive workforce. 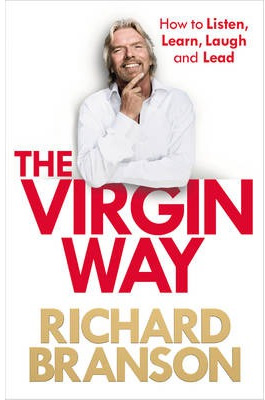