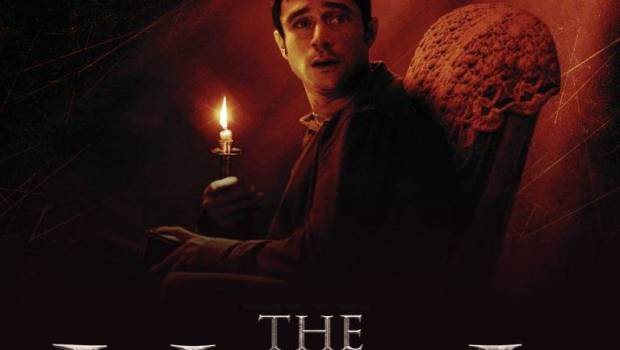 This film centres on the protagonist Yakov Ronen, whom has become estranged from his orthodox Hasidic Jewish community in the aftermath of a traumatic event. Down on his luck, he struggles to make rent and despite an obvious attempt to lure him back into the fold; he is offered a single over-night shift as a Shomer.

The Shomer is a duty-bound position in the Jewish faith, to watch-over in vigil to the recently deceased until the burial. Normally this is a family member or friend but when this is not possible, a paid Shomer is used.

The vigil is held for an older man that lost his entire family in the holocaust; and after surviving, started a new family in Brooklyn. Something happened to this man and he had since became a recluse and almost never left the house. 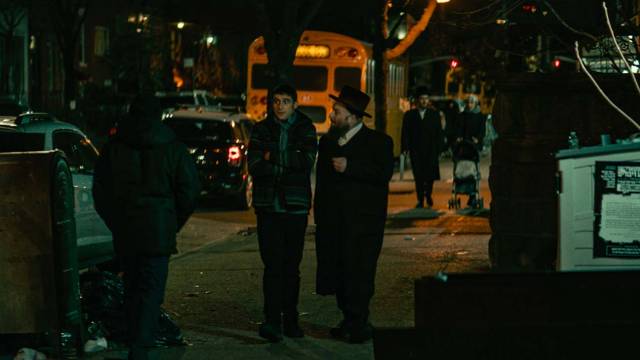 Yakov begrudgingly takes to his post with equal measures of attitude, disinterest and with dutiful respect. The story of the old man is slowly unfolded during the night as is the back story of Yakov. It is difficult at first to get into the mindset of Yakov, whom at first seems to be struggling with the reluctance of being somewhat dragged back into the Hasidic community but also something deeper and unknown.

Yakov is warned by the man’s widow Mrs Litvak, that he should not be there and must leave; naturally her warnings are simply dismissed and she heads upstairs to bed. After several uneventful hours which is shown cinematically as pensive boredom and random texting on the phone, the eerie feeling of darkness fills the air and Yakov is reminded of his troubled past; perhaps some PTSD triggers are kicking in. 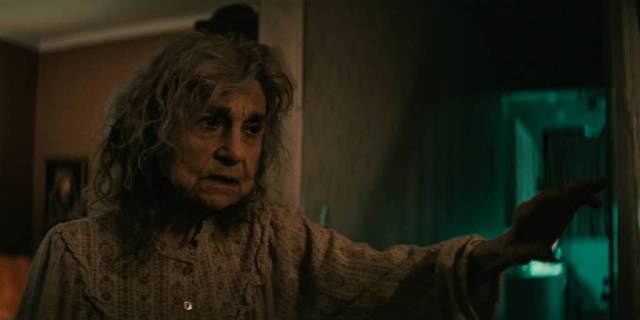 The emergence of the evil entity is at first subtle, with just a pre-darkening of the lighting, a sound, a moment, an expression, then more overt but subtle events of build-up and suspense. At first these signs are easily dismissed or perhaps unnoticed for Yakov as they are for the audience; but when Yakov starts getting scared, so too will the audience – or at least those who are honest.

There is absolutely a good marriage of cinematography and soundtrack that heighten the frights and elevate the suspense in this film. It is clear this is not a large budget film, but the balance is right here. The visual effects and scene elements show a haunting insight into the evil entity and the burden the old man carried for many years. 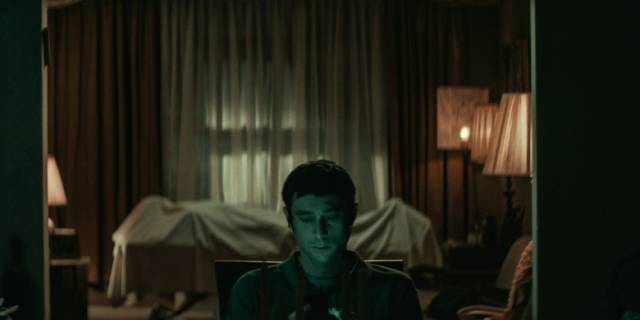 Dave Davis as Yakov Ronen. The emergence of the evil commencing..

There are moments in the film that can be difficult to follow as quite a bit of dialog is in Yiddish (with English subtitles), but this also adds to the immersion and authenticity of the characters. It is easy to lose interest in parts of this film, waiting for the story to move forward, especially prior to the emergence of the evil entity where Yakov is simply sitting and waiting.

At the conclusion of this film, I walked away with a sense of enjoyment but absolute confusion about the origins of the evil entity and its significance. It would be fair to suggest that the Jewish audience would appreciate this movie in a very different way to everyone else and a second viewing may yet increase this understanding.

A worthwhile film to see.