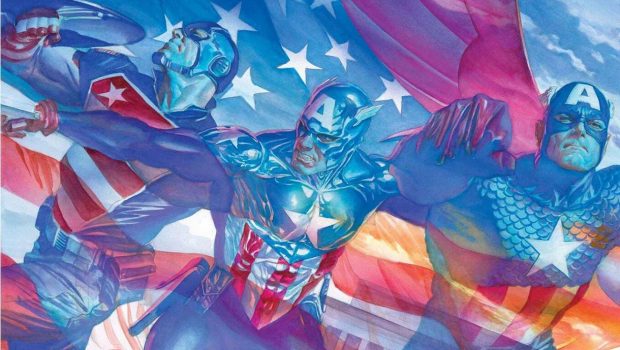 Contains SPOILERS for The United States of Captain America #1

2021 marks the eightieth anniversary of Captain America comics, and this miniseries explores what is meant to be Captain America. The comic sets the pace in exploring various people across America inspired by Steve Rogers to rise up as Captain America and defend their respective communities.

The United States of Captain America #1 contains two stories: “You Brought Two Too Many” written by Christopher Cantwell and “Tracks” written by Josh Trujillo.

In the first part, Steve Rogers begins with a prologue on the meaning or rather lie of the American dream and how it has evolved in his lifetime. The American Dream has been twisted into a “white picket fence fallacy” that has been used to keep other people out. However, another aspect to the dream sees normal Americans without powers or abilities fight, toil, and struggle to make their dreams come true. Like the American dream, Steve finds his ideals changing and often stripped from what he used to stand for since he is an easy target.

During his reflection, Captain is attacked by an impostor dressed the same colors as him, and the shield is stolen. In his quest to get the shield back, Steve enlists the help of another person who has been Captain America. Sam Wilson and they give chase to the thief and impostor. The plot becomes complicated when the two meet yet another “Captain America” (Aaron Fischer) only to discover that many people across the country take up the mantle of Captain America to protect their communities. However, he also learns that someone is trying to kill these different Captain Americas.

The second story explores the life of Aaron Fischer, his ideals, and what it means to be Captain America. Like many others fighting for a common cause, they looked up to Steve Rogers. This influences Aaron to fight back dressed as Captain America, who symbolizes the true American dream and the hope for a bright future. Hence Aaron fights to protect rail riders and runaways.

On one side, the comic has a slow start as Steve reflects on the American dream and its evolution. On the other side, the reflection is also its best aspect since it is a true reflection on American life where immigrants, the poor, and other minority groups are considered un-American. It also connects the stories of different Captain Americas, like Aaron Fischer, and their motivation to fight for others. 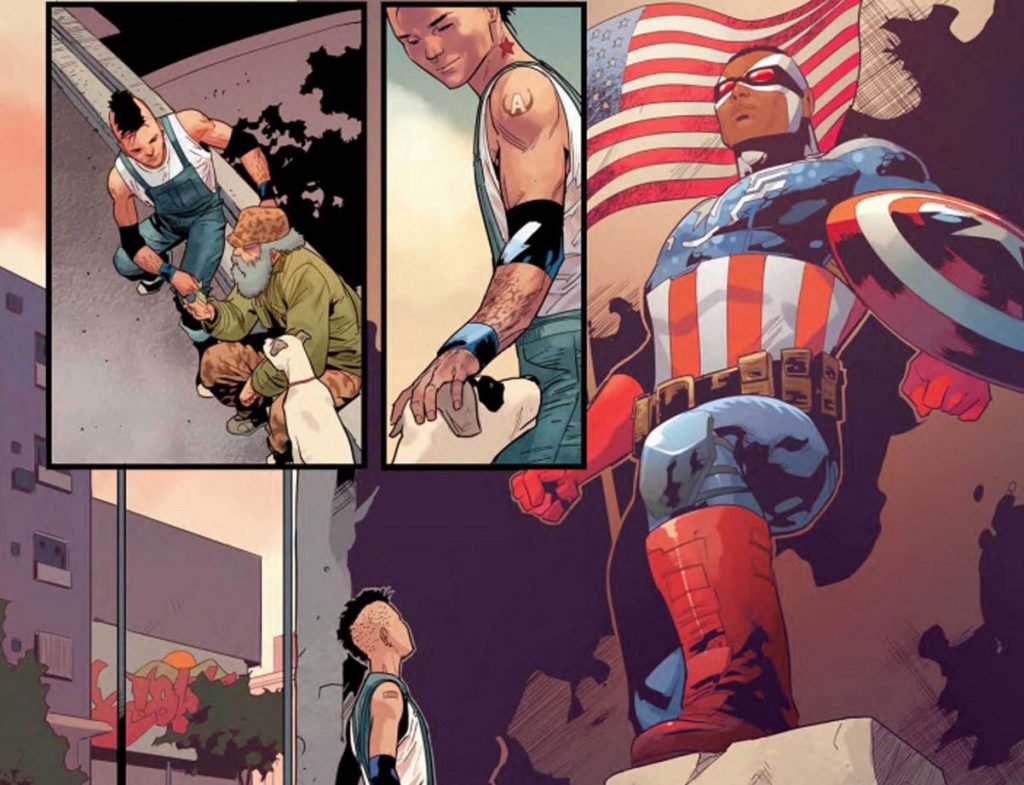