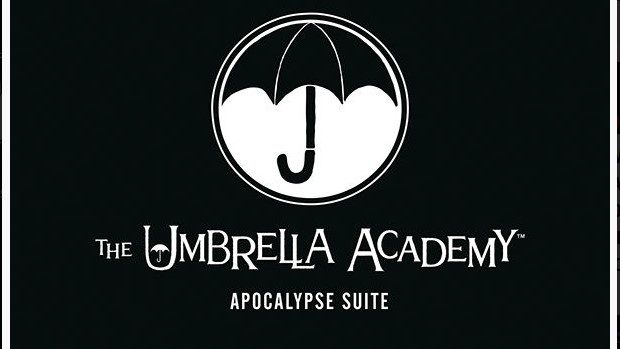 Summary: A dysfunctional adoptive family of superheroes who went their separate ways years ago, reform when their eccentric father dies, just in time to save the world again.

Like many people (I suspect) I came to The Umbrella Academy by way of the Netflix series and I’m quite happy I did. It’s superheroes but not as we knew it… well they aren’t your average run of the mill superheroes anyway. From their origin as a handful of the children inexplicably born in a world wide event in which women gave birth despite having no previous signs of being pregnant, to their adoption by millionaire inventor Reginald Hargreeves and becoming The Umbrella Academy under his strict tutelage, they now find themselves coming together again due to his death, only to find themselves tasked with saving the world again.

I think one of the things I like so much about The Umbrella Academy is that it doesn’t really hold your hand and spell things out to the reader… it will throw you right down in the middle of the story and you can just catch up as it goes along. It’s a risky approach because if things aren’t compelling enough then interest disappears and the reader will put the story away. But get the pacing and information feed just right and the reader stays engaged and does indeed pick up the required information as they go… but it feels more natural and less forced in a narrative sense. Gerard Way has that balance just right with The Umbrella Academy and it makes it a great read as things become more apparent the deeper you get… and somethings may never be fully explained, but they really don’t have to… just like in life not everything is fully explained and that’s fine too.

The stylised images throughout The Umbrella Academy really work with the context of it all. This isn’t your average superhero story and so simply “naturalistic” style art would potentially have felt a bit off. The hard lines and angles, the over the top proportions helps give that sense of otherworldliness that the story arguably lives in.

The Umbrella Academy is a lovely side step in a world of superhero comics. Thing aren’t simple, good versus evil, they are shaded and sometimes the good team show personality traits that would be more expected in the evil. A dysfunctional family can be interesting in a story sense on their own… throw in super powers and you have a very volatile mix ripe for thrilling tales. If you liked the Netflix series this is a great collection to both read a story that inspired it… but also to get a pretty in depth exploration of how the comic came about in the first place (and to grow more jealous of multi-talented people… but whatever!).