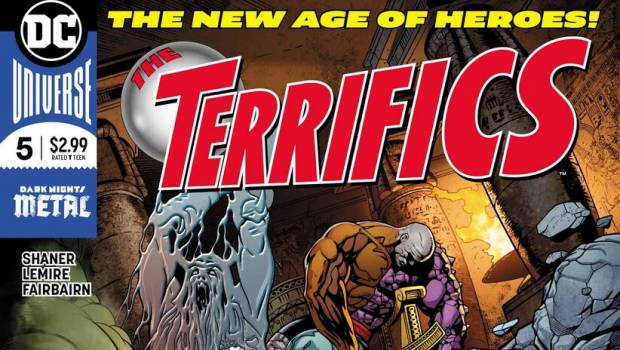 Summary: Another piece to the ongoing puzzle

Here we are at the fifth issue in the ongoing Terrifics run. This one was a little slower overall from the previous entries since it served as a set up for the continuing story arc. Luckily for us, though, that did not mean it was a complete snooze fest as we wait to see where the story moves onto. There was an introduction of a villain and his sinister plan to entrap Rex (Metamorpho) indefinitely, but I’ll leave it there so as not to spoil much more. Read it! 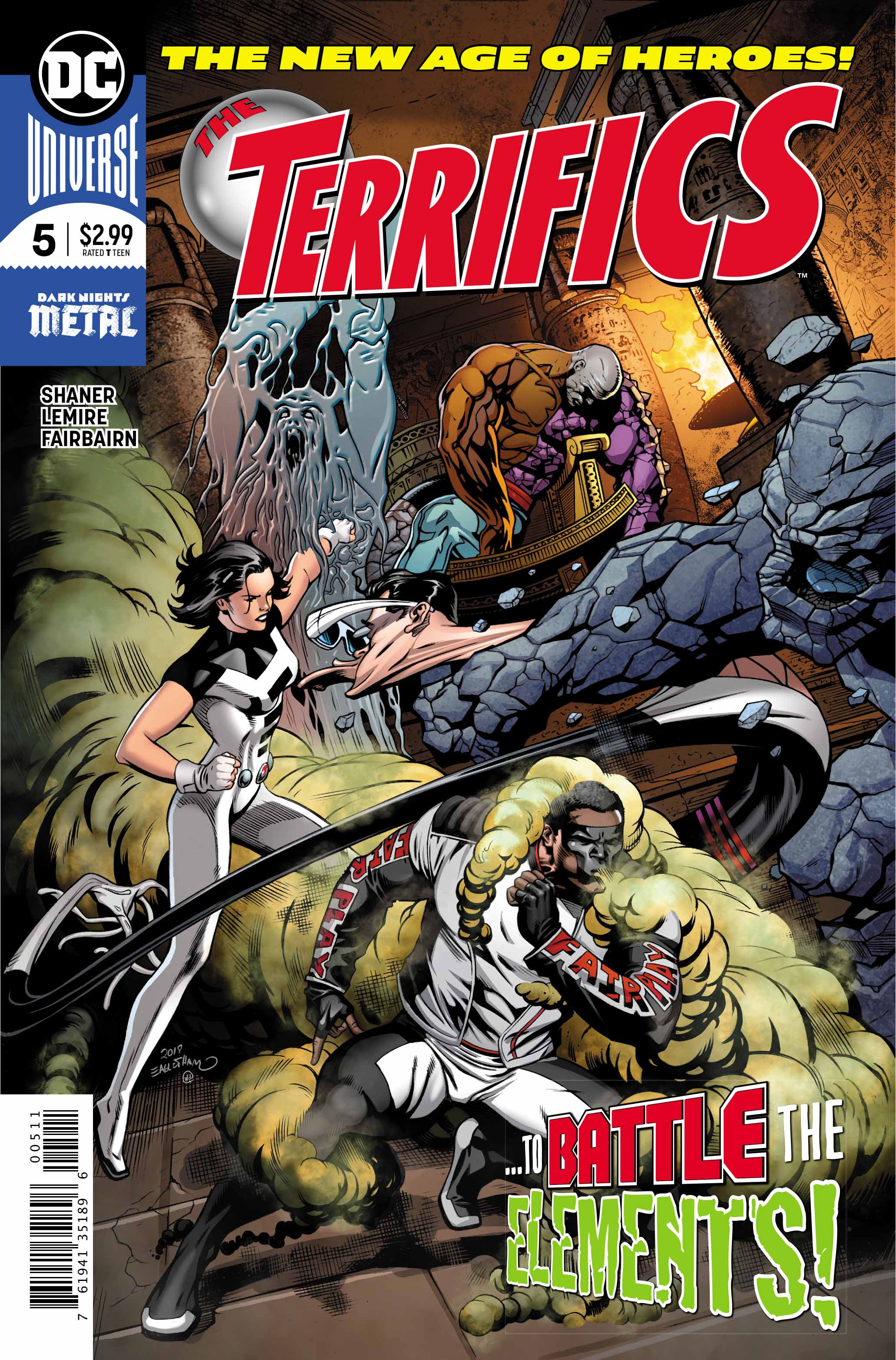 The creative team remains on beat with the atmosphere surrounding The Terrifics, which is all many of us following these issues are asking for. The family dynamic, the tie-in to DC’s Metal event, and overall fun energy we are being presented has kept the group of heroes fresh.

In this issue we were shown each member going through phases of discussions with either one another or their families. It was a grounding moment for each as we saw the “human” aspects of these characters and the struggles they are still going through trying to keep some semblance of normalcy. Seeing Plastic Man have a tense conversation with someone he clearly loved and cared for as he tries to enter back into his life before was cleanly contrasted with Metamorpho pushing Sapphire away because of his shame of what he’s become and his internal fear that she didn’t love him anymore. 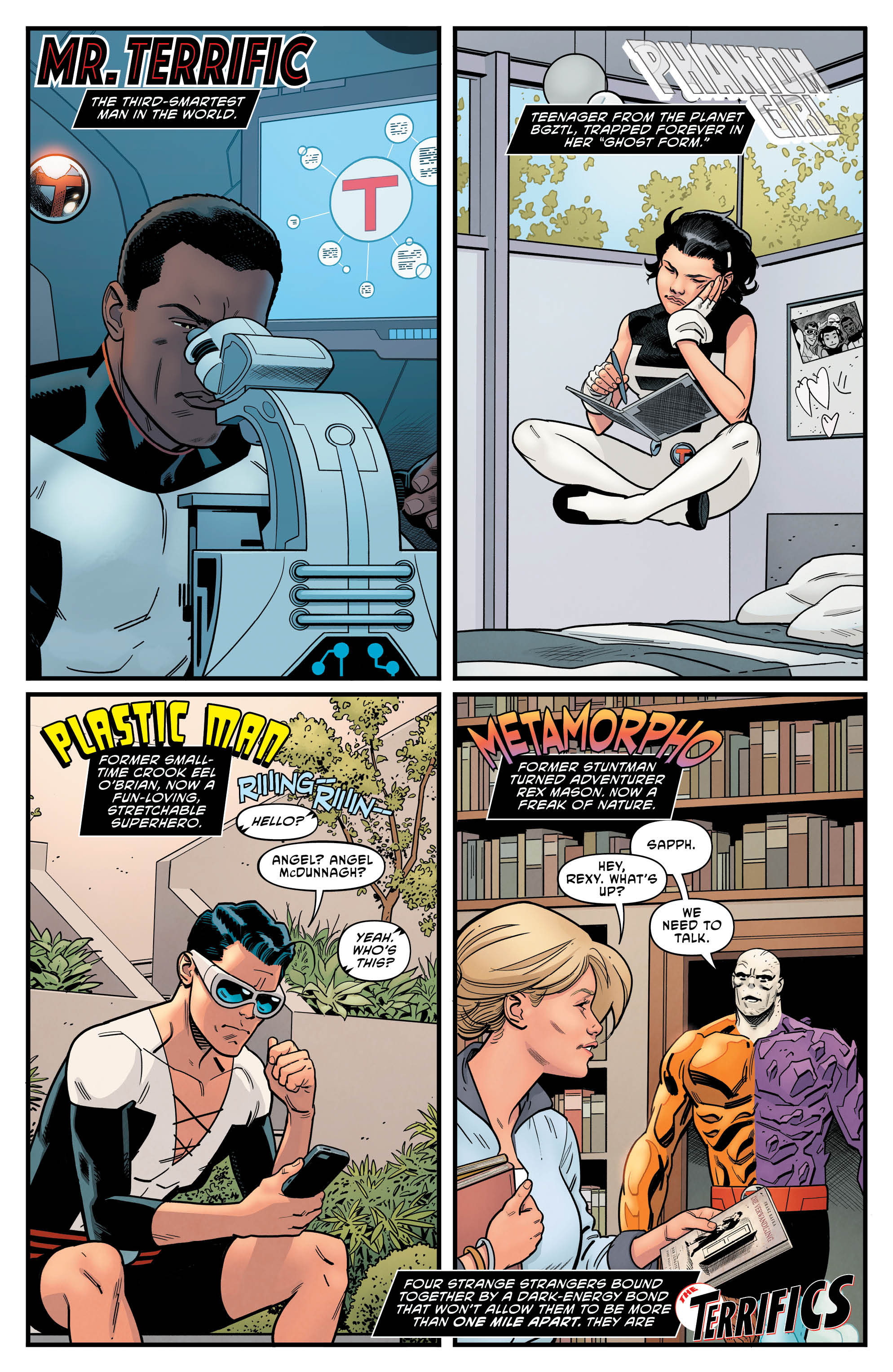 Mr. Terrific and Phantom Girl round things out as the two who have seemingly lost their outside contacts and are in a way the loners of the group. They’re the more even keeled individuals of the team, but there is still enough mystery between the two of them that will allow us to wait and see what layers unfold.

Doc Shaner and Jeff Lemire keep the train on the tracks for another issue. I’ve yet to receive any thoughts that they don’t know where they’re taking us, so have confidence that we’ll continue receiving solid stories. Nathan Fairbairn’s colors again pop and fill the atmosphere of The Terrifics with levity that matches the tone very well. I’ve been a fan of the art style and colors and hope there aren’t any big changes in that realm soon. 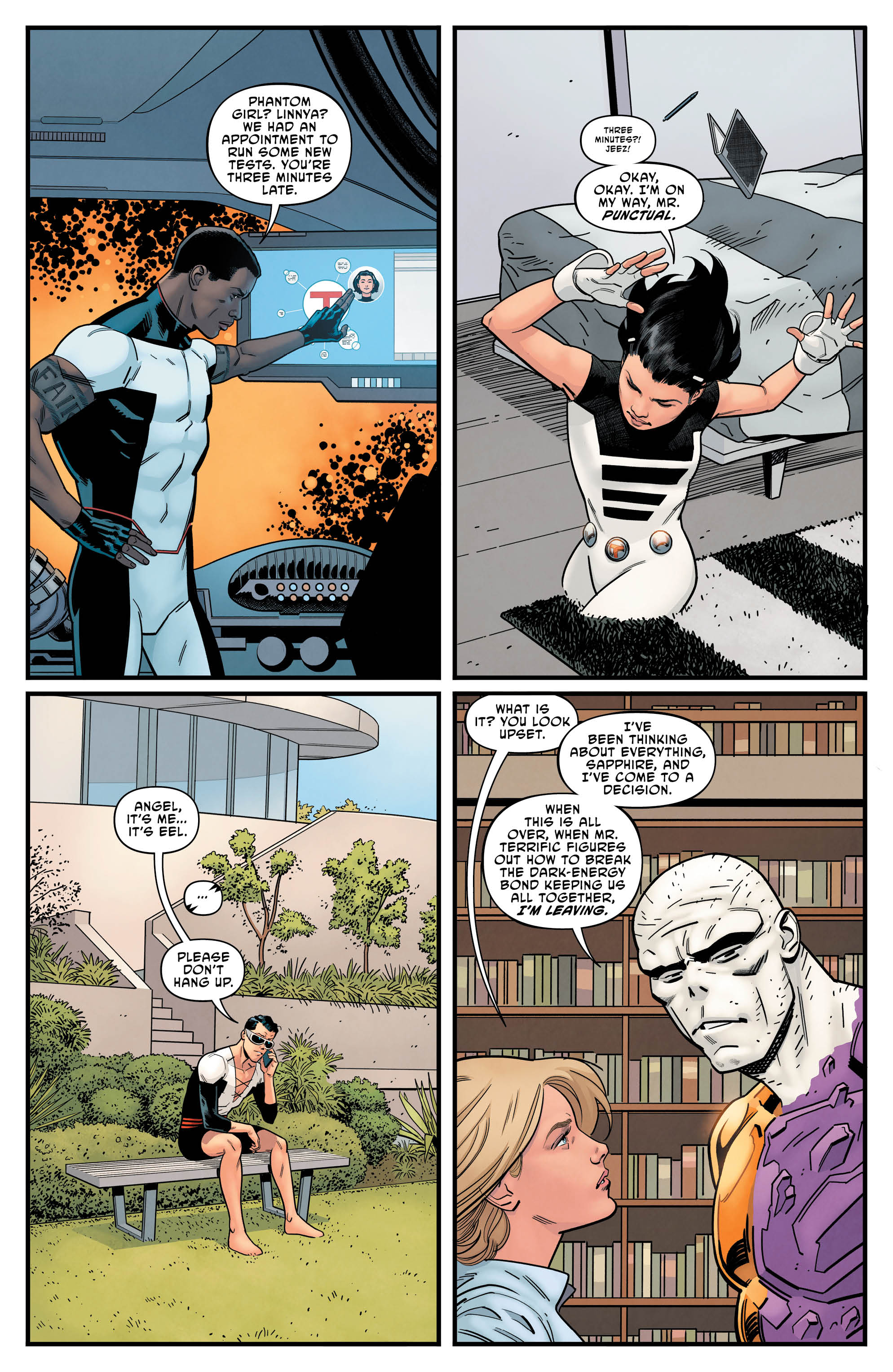 If you’ve been keeping up with the Terrifics, keep at it with issue #5. If you haven’t yet immersed yourself in this new series, it’s still early on, but you’ll definitely want to check out the previous issues to make the most sense of everything. I’m still recommending it and considering it my favorite of DC’s “New Age of Heroes” that spun out of from the depths of the Metal event.