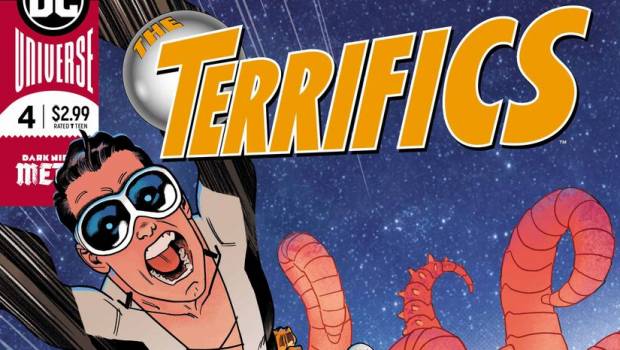 Summary: The family continues their journey together in a Terrific fashion

Yet another satisfyingly fun issue of The Terrifics has been completed. DC’s newest family continues their journey together, this time to the planet Bgztl, Linnya’s home before she was separated from her parents years ago. After a meeting with Green Lantern (who was asked to send a notice to the planet that Linnya was returning) in the previous issue, the Terrifics set off at lightspeed in a giant T-Sphere. 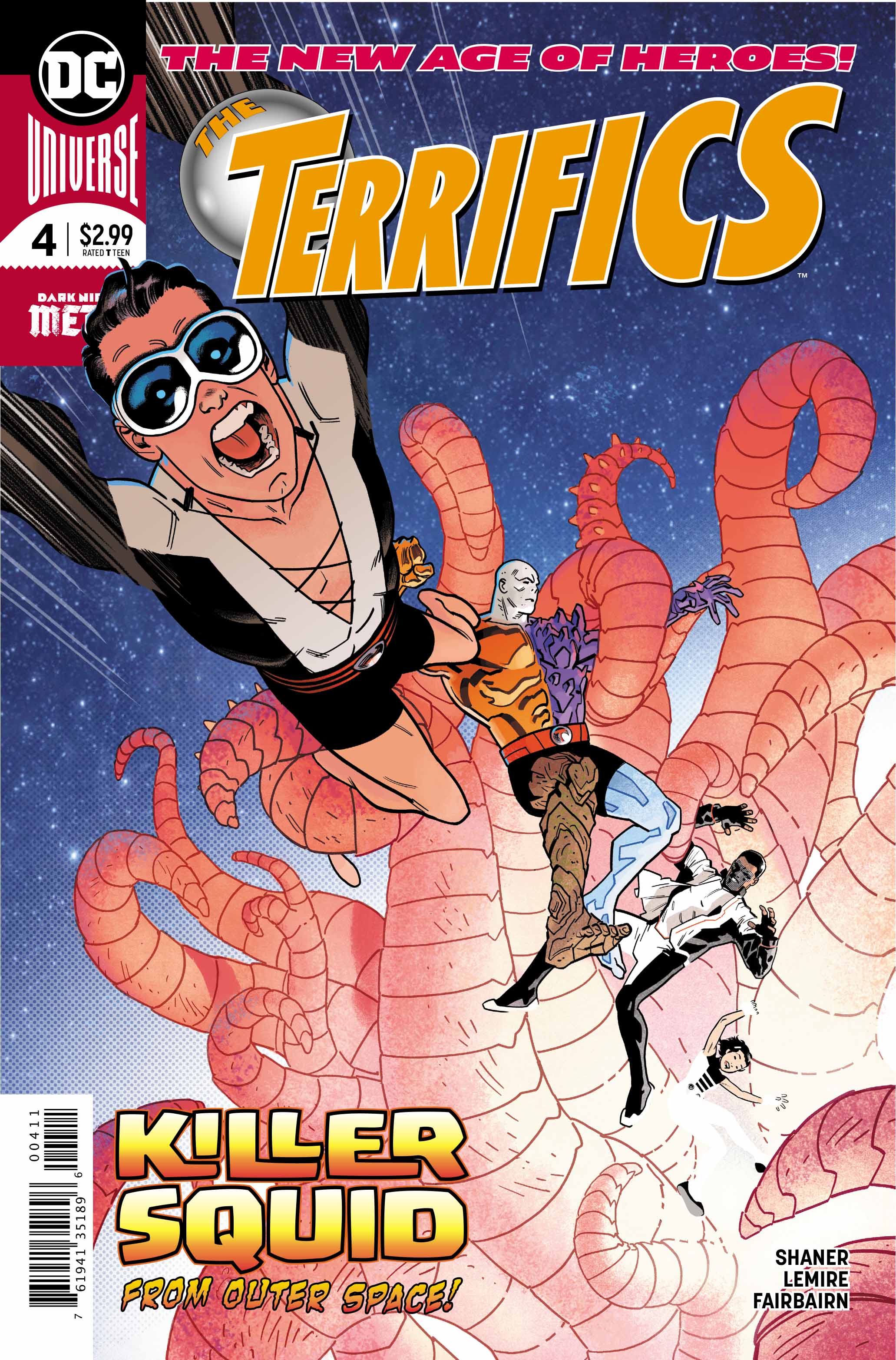 The issue is mostly told from the perspective of Linnya writing in a journal as she observes her team members. This allows us to see further development of her character and how she thinks. On the other side, as it’s been for the past few issues, we see Metamorpho and Plastic Man joking and jawing at one another. Mr. Terrific himself is stout and steadfast, acting as the captain of this wayward crew. I did get a chuckle seeing Plastic Man sit with his hands folded in an astronaut suit. You have to wonder what goes through his mind sometimes… 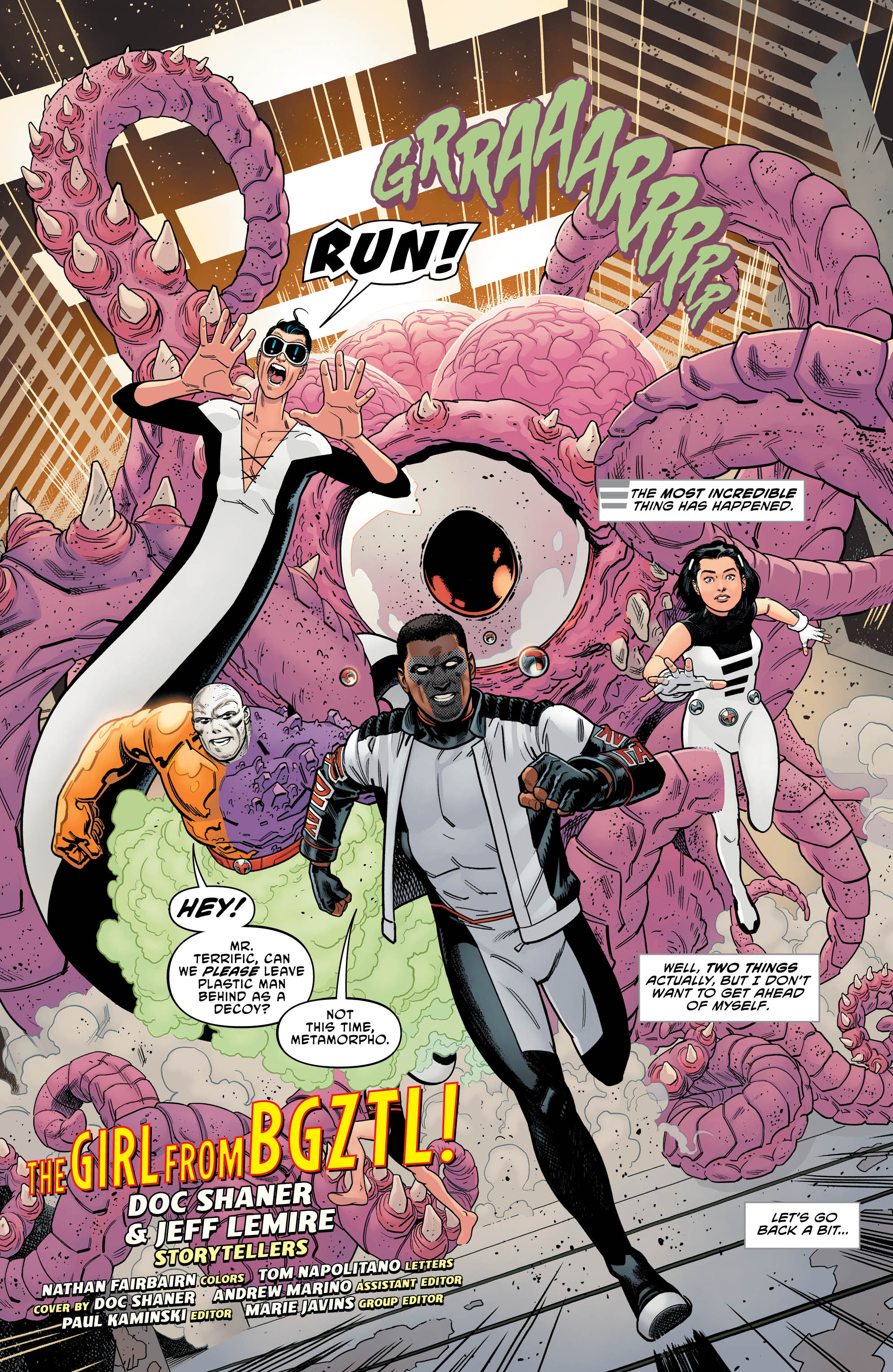 As their craft travels at the speed of light, they’re suddenly ripped from their trail through space and tossed into a giant scrap collector. What ensues is a pretty routine escape mission until they shove off again in the T-sphere. Finally making it to Bgztl, Linnya is reunited with her mother and is told she was separated for far longer in the dark universe than she originally thought.

Overall, it’s hard not to have fun with this cast of characters. The creative team has a solid foundation and seems they want to continue seeing this unfold, which is a major plus because this has lasting power. Out of the New Age of Heroes that launched from DC’s Metal event, The Terrifics have been the most enjoyable to me. They’re fun, they’re vibrant, and they each have different personalities that not only clash, but mix with one another just like a family. 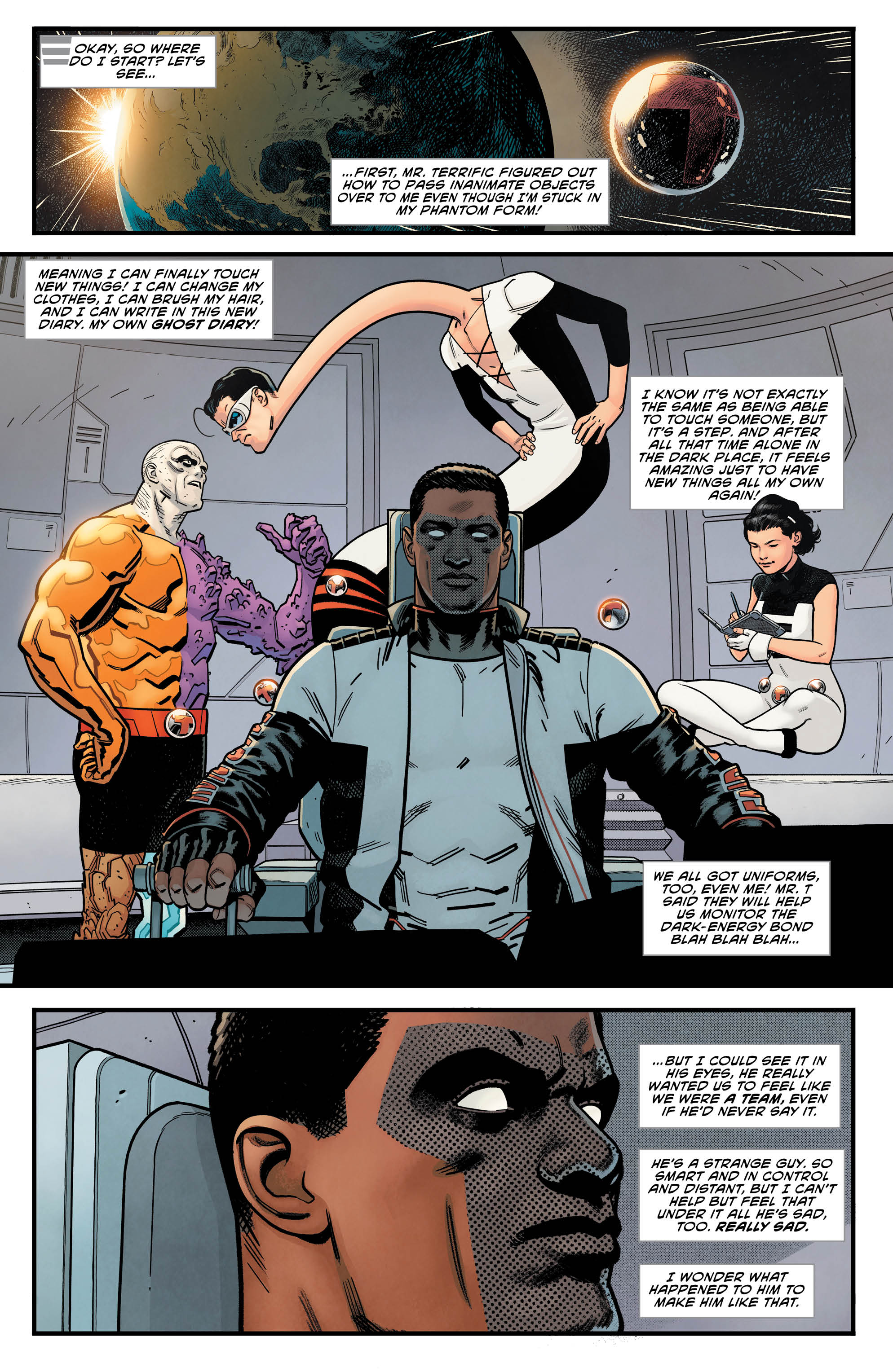 Doc Shaner and Jeff Lemire receive a proper kudos for keeping this train moving along. Nathan Fairbairn’s colors continue capturing the essence and atmosphere of the Terrifics in a way that overlaps very tightly with the story being told. Overall another solid score for the art and the creative team as a whole.

Check out The Terrifics if you’re wanting to jump into some of DC’s cosmic sector of heroes and their adventures. It’s unlikely you’ll be disappointed here. 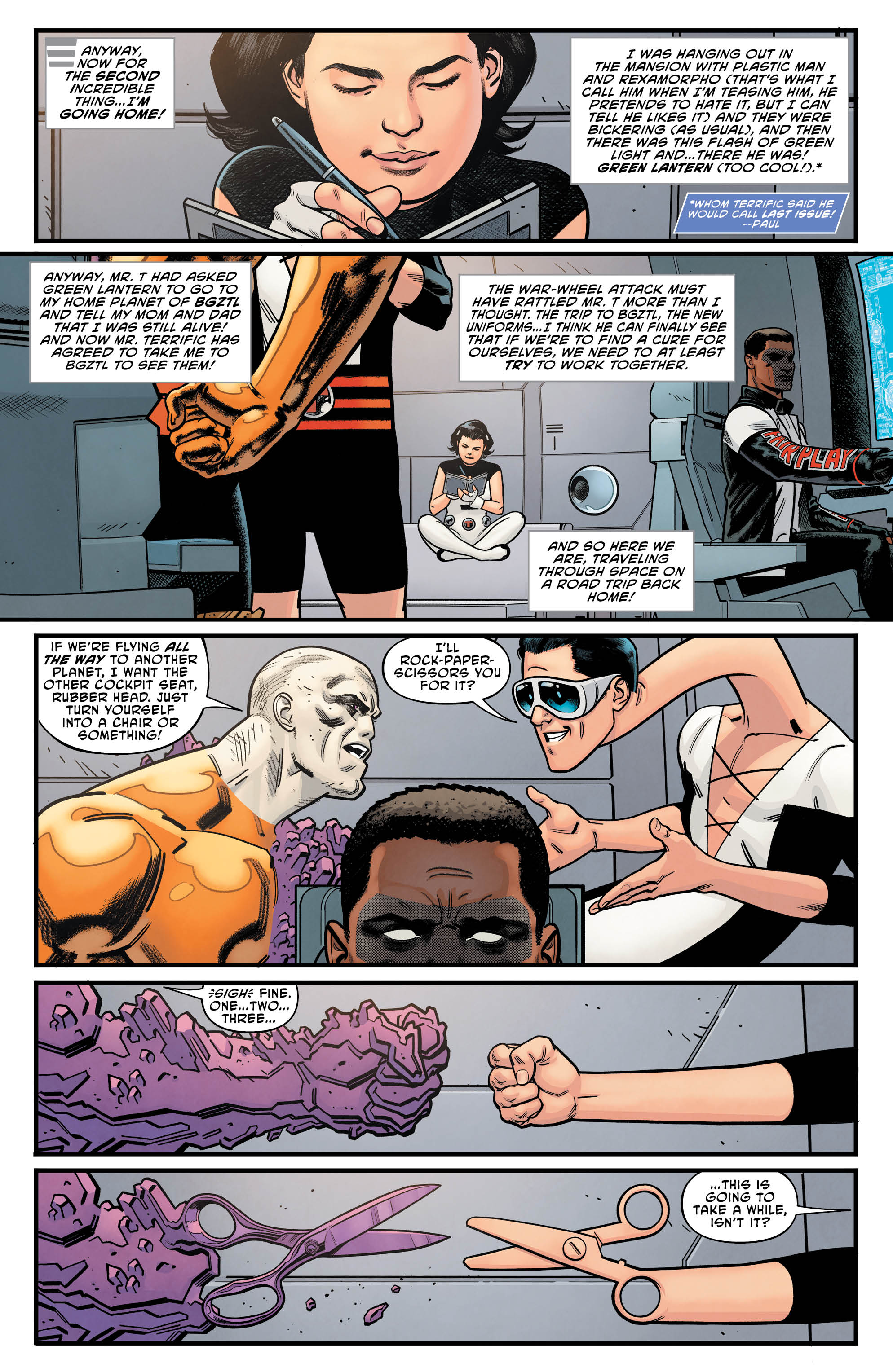