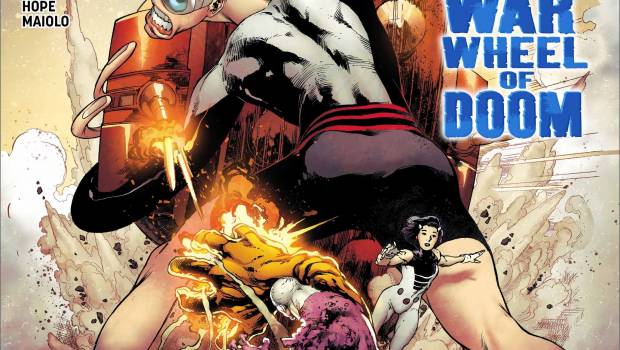 Summary: The conclusion is here.

This is the final issue in The Terrifics introductory arc, and as such this new team is very much still in its nascent stages.  The team consists of Mr. Terrific, Metamorpho, Phantom Girl and Plastic Man.  It is very clear from the get go that they do not get along well, and having been thrust together during DC’s Metal event, they haven’t had time to develop chemistry as a team.  As the final issue in this arc, this isn’t the greatest jump on point for a new reader. 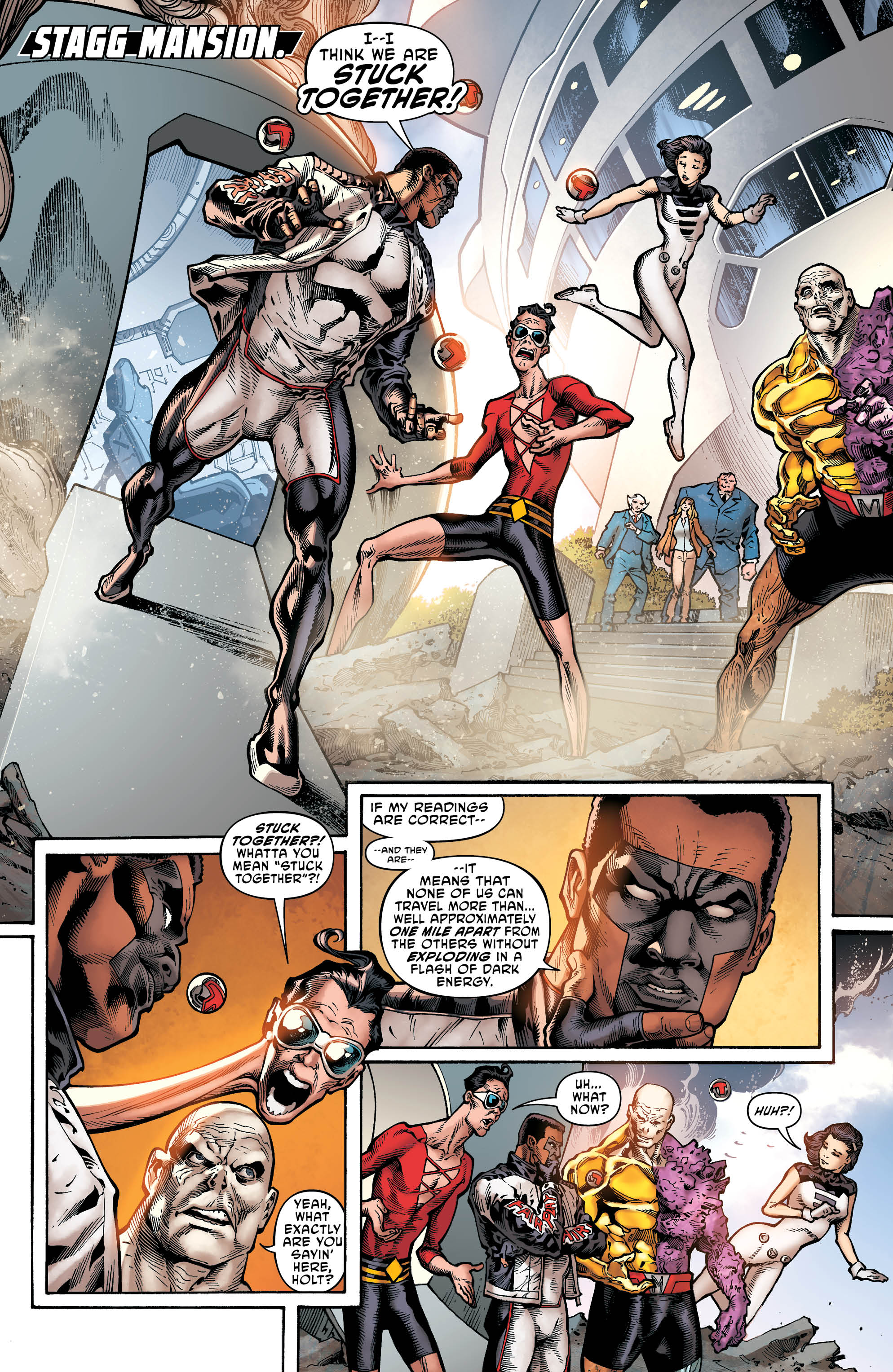 The Cover of this issue is exciting and eye catching.  The title of the book jumps right out at you from the top of the page, immediately drawing your eyes to the page.  The team fills the remainder of the page, doing battle with what is clearly the “War Wheel of Doom”.  Metamorpho and Plastic Man are trying to slow the approaching wheel, with Phantom Girl staring towards a fallen Mr. Terrific.  The cover conveys action within the book, and a team fighting for their lives.

The art in this book is really good.  Characters appear very tough, with the exception of Plastic Man, who is clearly the comic relief, and the way his powers are drawn does a great job of supporting that.  Mr. Terrific appears as the stern and tortured leader, is drawn throughout as stern and brooding.  Even Metamorpho and Phantom Girl are drawn in darker places.  Phantom Girl is drawn as skittish and depressed, and Metamorpho oozes frustration.  Without the elasticity used with Plastic Man, this would be a very dark and somber team, both artistically and story wise. 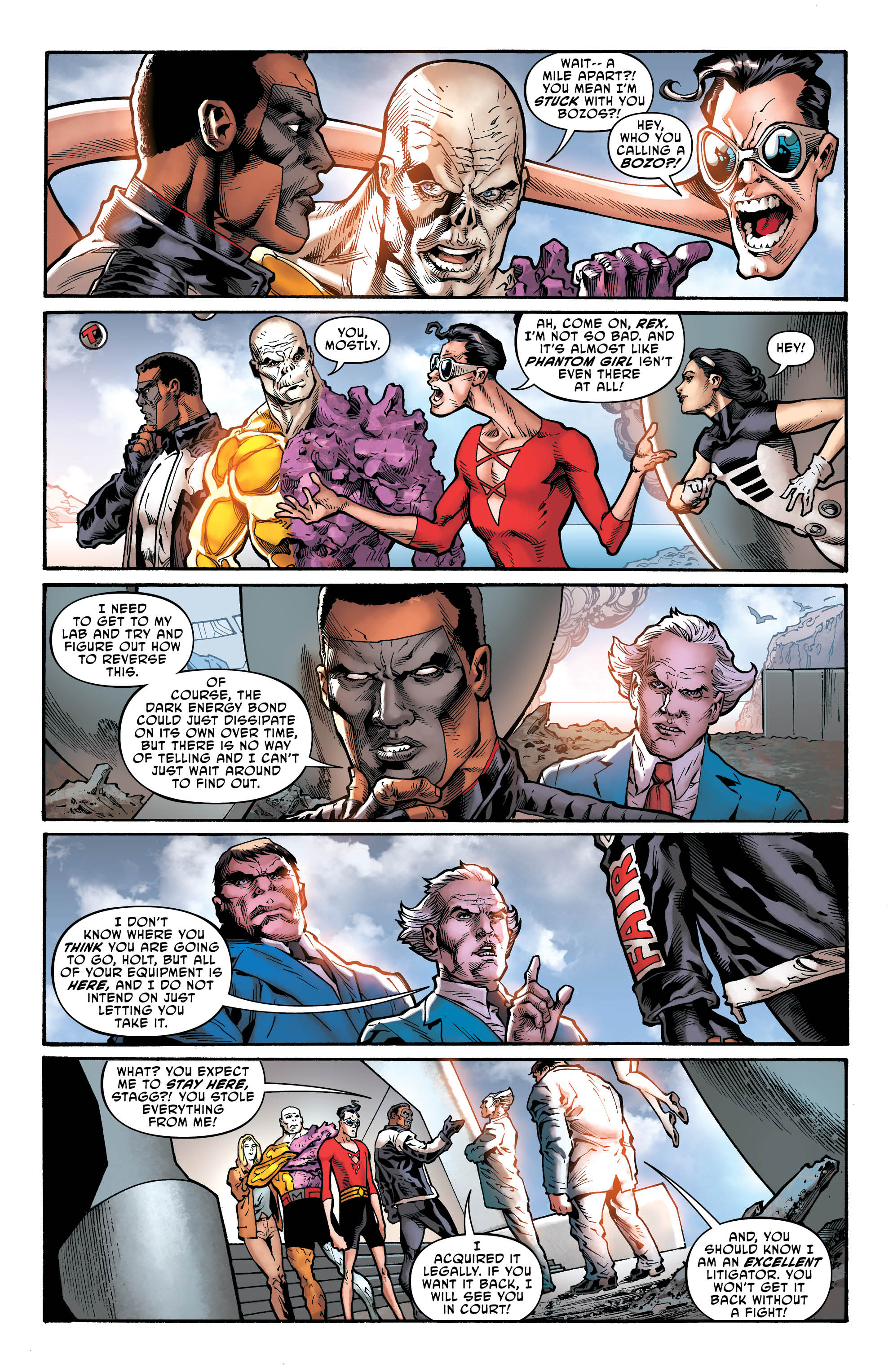 This issue starts with the team in the aftermath of their return from the Dark Multiverse, and their discovery that they can’t travel more than a mile apart from each other.  This is a convenient method of keeping this disparate group together.  Which allows a group that really has no chemistry together a chance to build it over time.  The team is holed up at Stagg’s mansion, as he’s acquired all of Mr. Terrific’s lab equipment, and is willing to let Mr. Terrific use it for the time being.  It definitely feels like there is an ulterior motive for his doing so that will play out in future issues.  Stagg’s daughter is also on site, and her relationship with her obviously villainous father plays into relationship issues she is having with Metamorpho.

There is one major action sequence towards the end of the issue, as one of Stagg’s creations gets out of control, and we see some semblance of chemistry begin to develop between Metamorpho and Plastic Man during this sequence.  They blatantly rip off the ‘Fastball Special’ from the X-men comics, but it is the most entertaining part of the issue, and the visual of Plastic Man during that particular panel is something worth seeing. 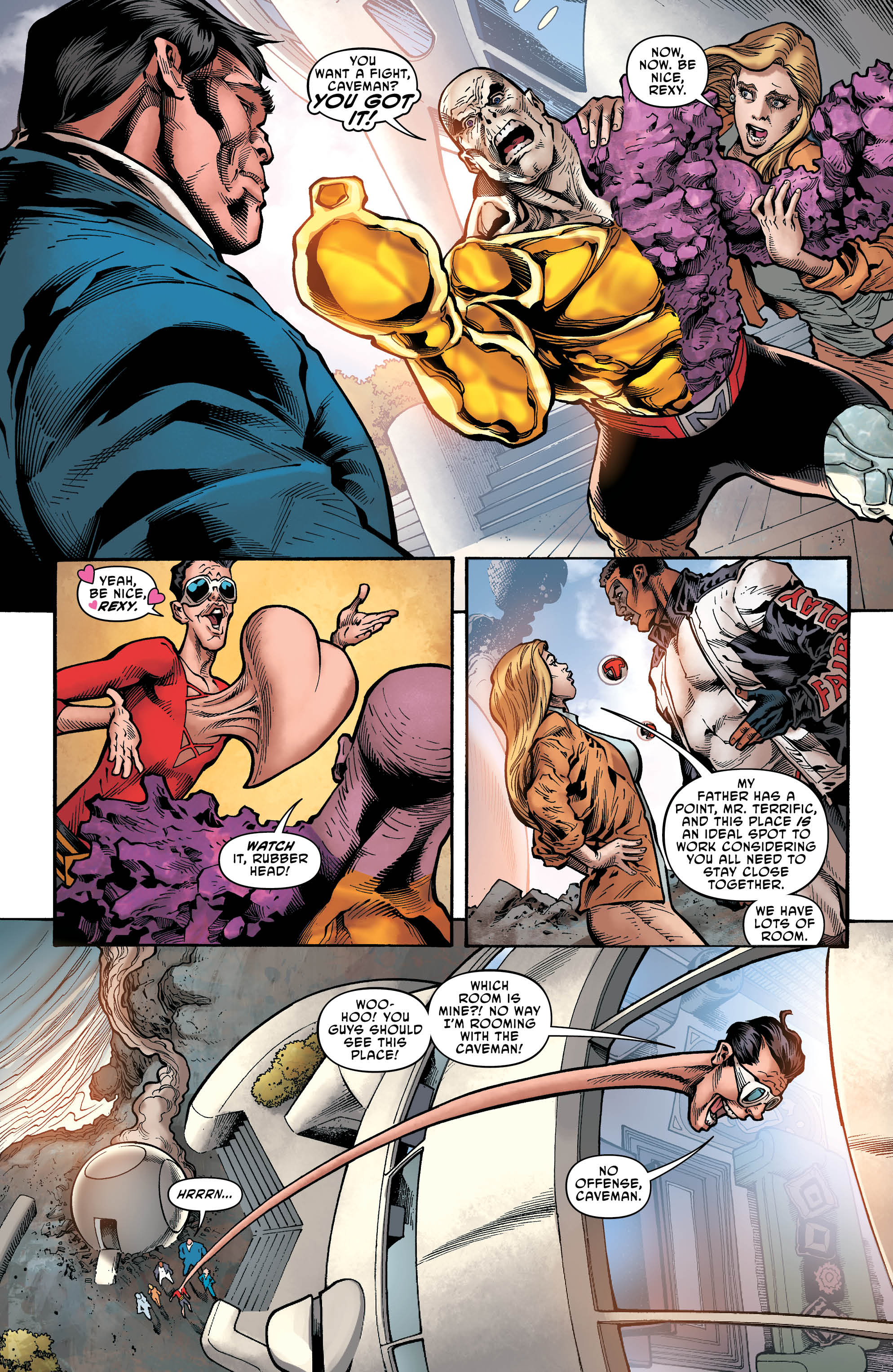 All told this is a comic that while wrapping up one arc, is also setting the stage for future ones.  Plastic Man and Metamorpho are by far the two most engaging characters on the team, and this issue’s best scenes all include them.  Phantom Girl plays more of a background role and is even described early in the issue as having a presence that is like she almost isn’t there at all.  Mr. Terrific is really lacking in anything resembling charisma and serves as a less impressive and likeable Batman, which isn’t really great news seeing as the team is named after him.  This issue did have some bright spots and did lay some groundwork for some potentially interesting future stories but standing on its own felt like it was lacking.

Excellent art in this book doesn’t make up for a weaker story, as such I’m rating it 2.5 out of 5. 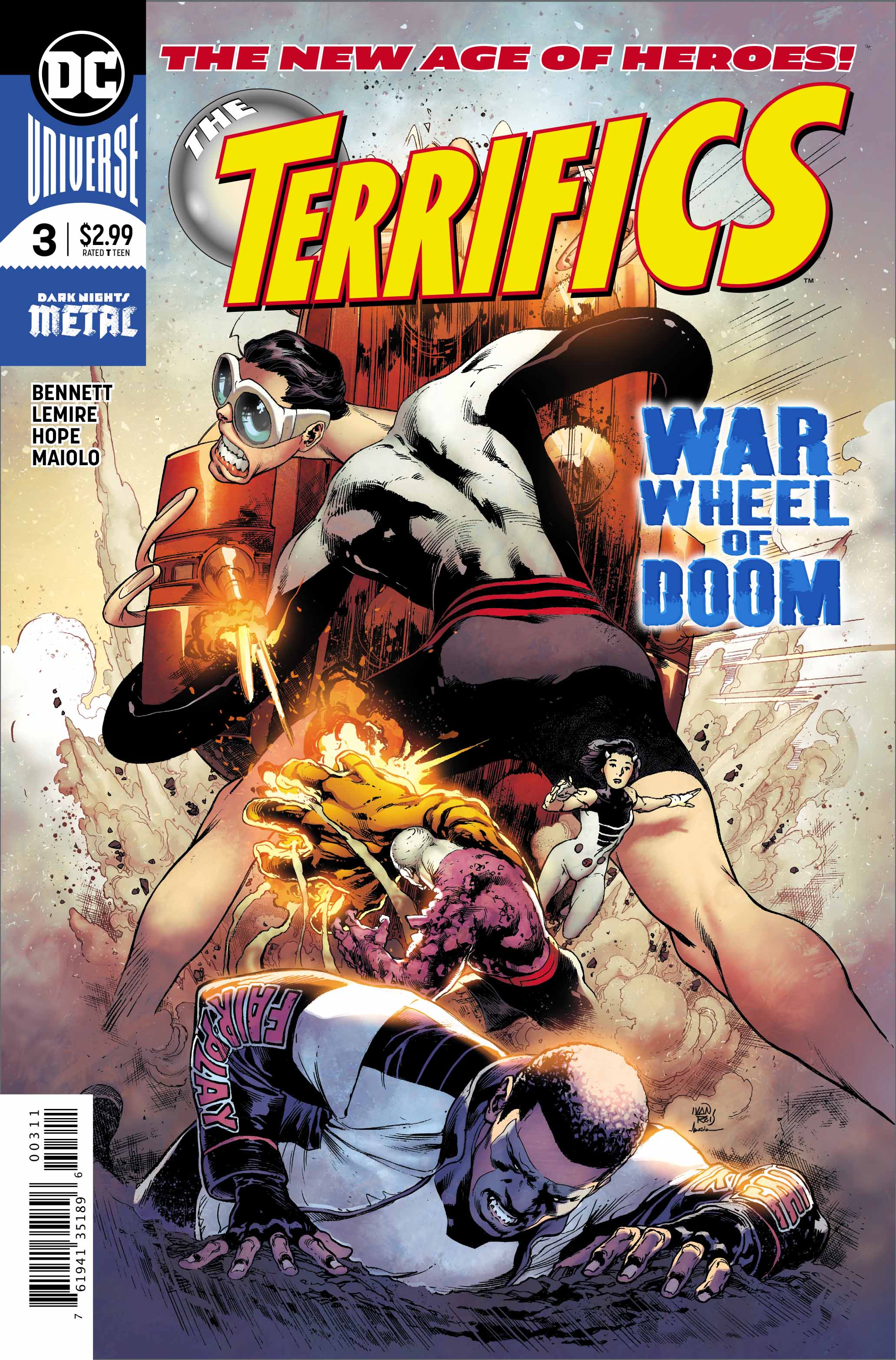