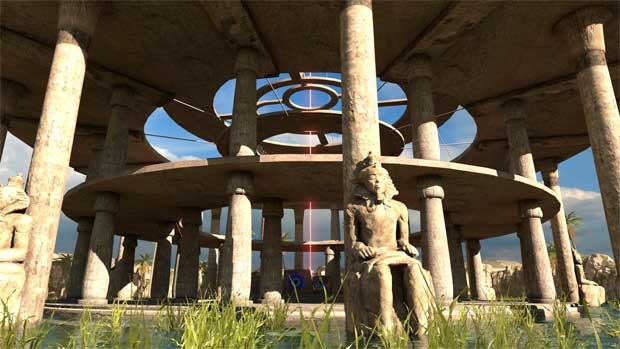 Summary: The Talos Principle: Road to Gehenna is more of the same variety of puzzles to pleasingly tax your brain

Returning to the world of the Talos Principle, this time things are a little different. From the moment you begin you will notice that the statues now have heads and you are also no longer seeing images of contemporary androids but rather your task is to release those who have come before you and been trapped. 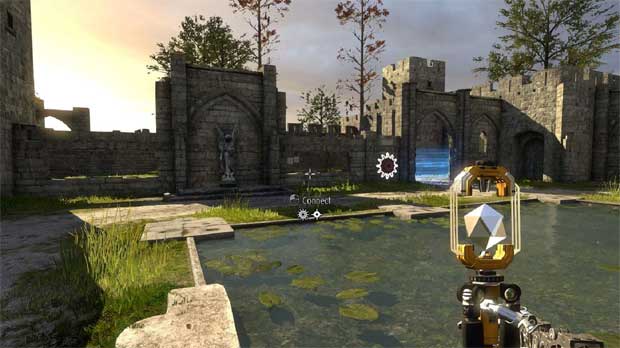 The puzzles don’t slowly guide you into the mechanics, figuring you have already proven yourself worthy, rather they throw you right in to the challenges and leave it up to you how long you will try one puzzle before either succeeding or giving up and deciding to come back to it later. But the world is that lovely, exceptionally well realised android reality… the terminals slowly reveal the story (including that lovely tip of the hat to Philip K Dick) and the disembodied voice guides you for its own purposes.

I have read of Oculus support… I’ve fiddled a little but haven’t had much luck yet… but the atmosphere and general style of the game certainly looks perfect for the immersion of VR, the world as it is on a standard monitor is engrossing enough and certainly draws me in… that added sense of really seeing from the androids eyes is likely to be quite impressive. I am pleased to say the developers are working on improving support and it’s a good idea to check progress on the steam forums. 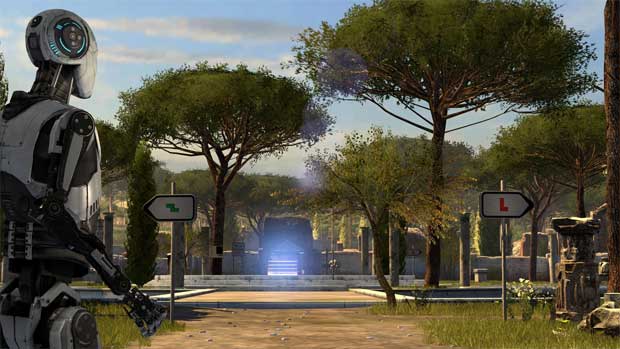 The twist in gameplay to have you saving/releasing fellow androids is a nice touch… rather than simply unlocking new tangrams, you can see your goal… and feel sorry for them and how longingly they seem to hope for you to release them.
Road To Gehenna is more of the same… more of the same lovely virtual world. More of the same slowly unfolding mythologies.

The Talos Principle: Road to Gehenna is more of the same variety of puzzles to pleasingly tax your brain… taking you to the point of frustration before finally clicking how you need to place that connector gem to release the next android. I am very happy to have more of this wonderfully realised world and existence… the Matrix for Androids! 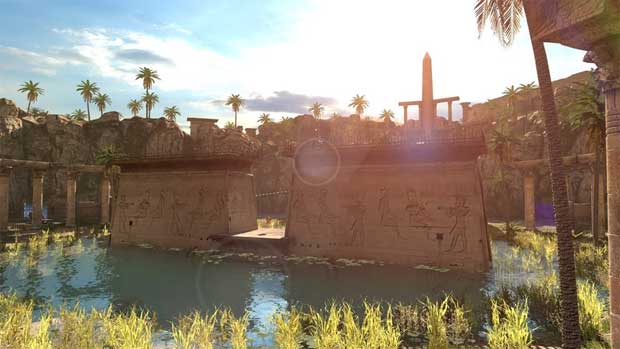