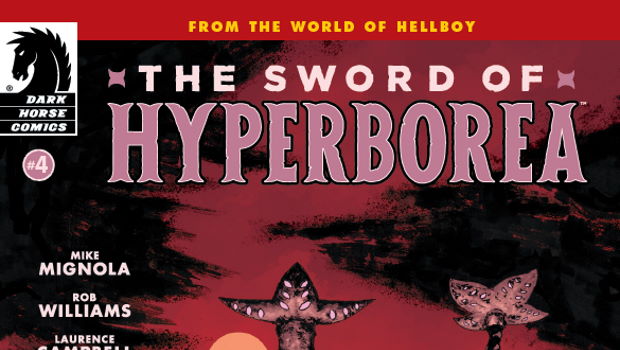 The Sword Of Hyperborea #4 Review

Summary: The Sword of Hyperborea continues it's journey from the ancient warrior Gall Dennar to agent Howards... this time stopping in the hands of an up-and-coming blues musician. What impact will it have on Elijah Bones' life?

The Sword of Hyperborea reminds me of a comment attributed to Robert Downey Jnr. in regards to why he accepted his part in Kiss Kiss Bang Bang that was something along the lines of “the finger had a story arc” (if you haven’t seen Kiss Kiss Bang Bang… you really should!). The Sword of Hyperborea arguably had it’s own presence in the comics it showed up in… but then obviously grew so much in stature that it deserved it’s own series… and here we are with issue 4 following Elijah Bone, and up-and-coming blues musician in Chicago. Elijah isn’t like other would be blues musicians… he’s guided by a voice that whispers to him… telling him what to do, steering him towards a goal that may benefit the voice more than Elijah… but all that may change when the Sword of Hyperborea makes itself known to him. 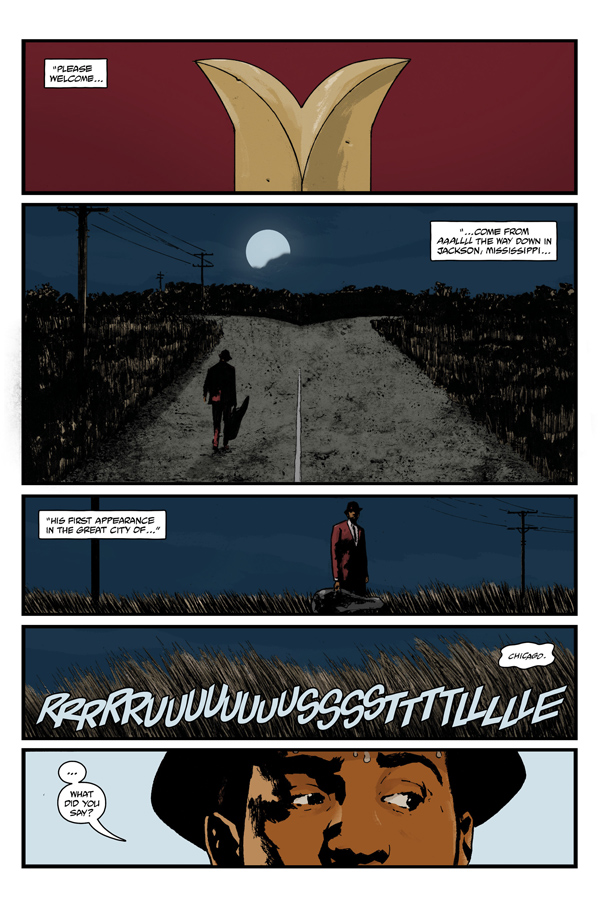 The story here kind of reminds me of Quantum Leap… Elijah seems almost like he’s merely a puppet being controlled by someone else and that’s arguably exactly what is happening. There’s a touch of that “Devil went down to Georgia”, the musician who loves his music and really wants to be successful… the temptation of a guide to help them reach those lofty goals of major success seemingly all too powerful to ignore. But then we get the turn of events… the request that goes one step too far… a possible attempt at breaking free and somewhat of a spiritual kick to the head to realign priorities. 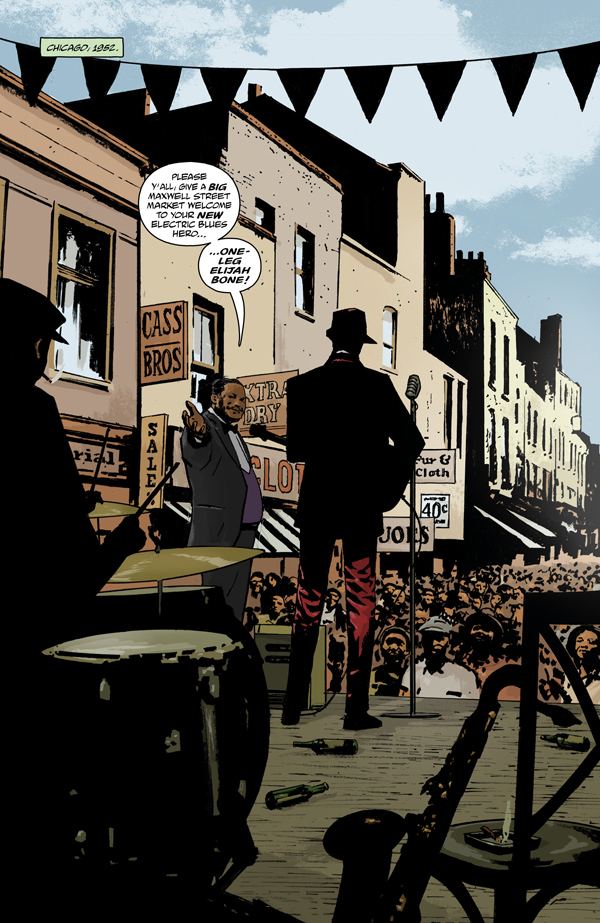 Laurence Campbell has an art style that I would almost say is a visual equivalent of that notion that Jazz is about the notes you don’t play. The overall forms strike me as being derived from photographic reference… but the images then are stripped to their bare essentials… removing any distractions, any unnecessary details until we just have the basic form and a few key elements to convey the desired message. I don’t know if that’s how they are done… but that’s how it would work in my mind. The end result is a somewhat dreamy/memory type image… the sort you might describe if someone was asking you to recount a scene you saw… you’d note the bold elements… but details would be few and far between. You’d convey the strength of the image without bogging it down in extraneous elements. 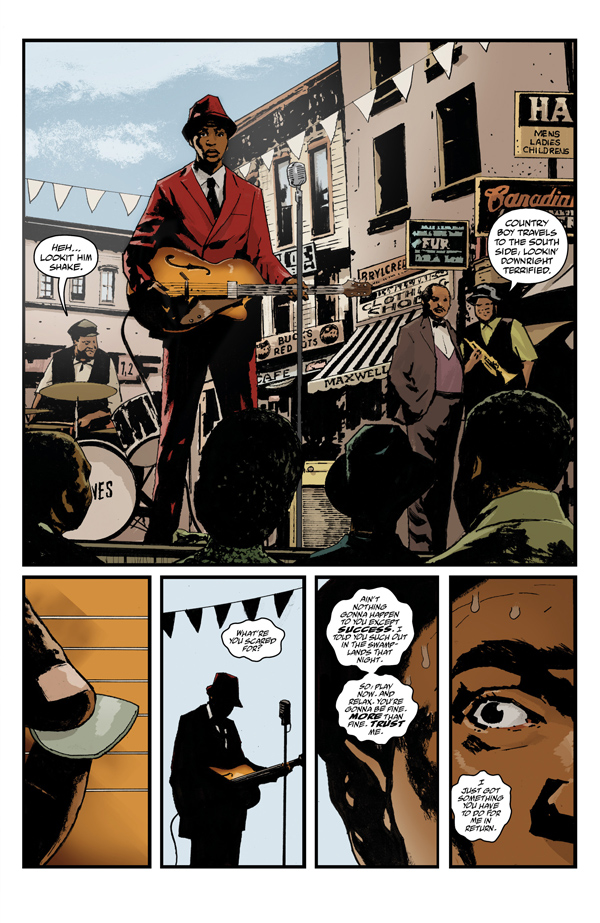 This story works as an independent stand alone story with or without the title of the Sword of Hyperborea. It’s almost like a Twilight Zone episode and if that’s the sort of thing you enjoy then definitely grab a copy. Whether you grab all the issues in this series or not, this one is easy to grab and read on it’s own if you just want a taste of what the Sword of Hyperborea is about, a good read. 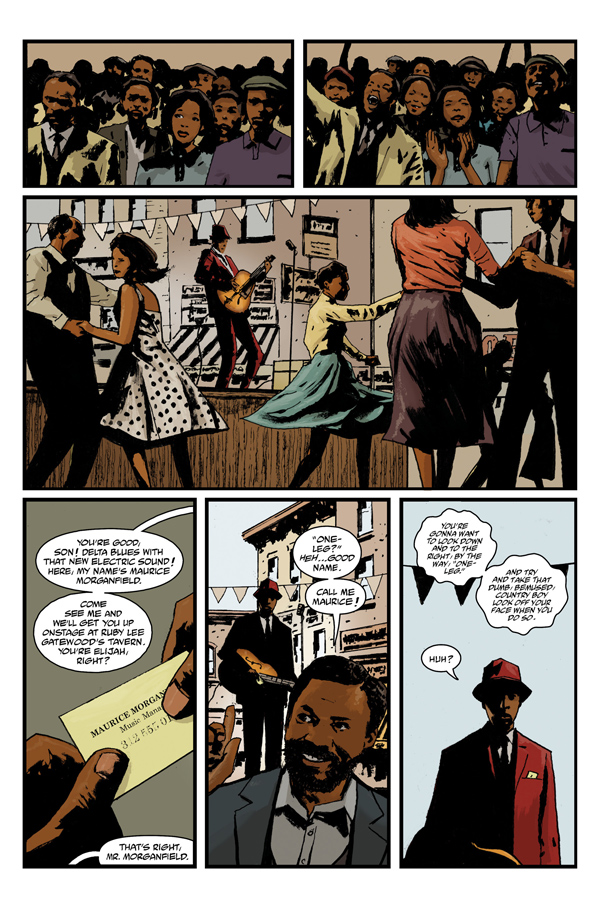