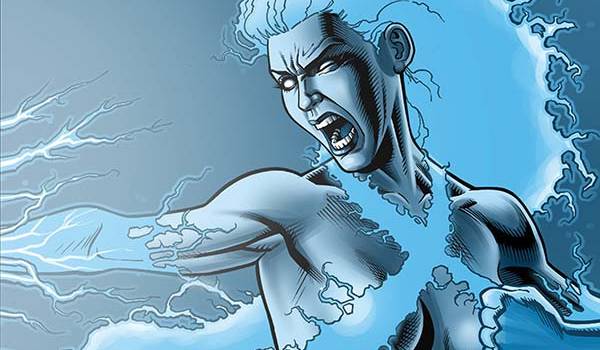 Summary: When you have superpowers but you've been on the side of evil for as long as you can remember... what do you do when you get the sense you could be on the wrong team? You switch of course.

Most hero comics don’t begin with the bad guys defeating the good guy… certainly not ripping his arms off and torturing him. But most hero comics don’t feature a supervillain who wants a career change and suddenly wants to try doing the right thing. Electricia is that supervillain and after being involved in the defeat of the superhero known as The Switch she starts to feel that perhaps her life of crime isn’t what it seemed to be. Given there is a new opening in the superhero line up, Electricia dons a new suit and starts to try and help people instead of harm them… but her villainous former allies aren’t too happy to have someone thwarting their efforts and the closer they get to uncovering Electricia’s new identity the more danger she finds herself in. 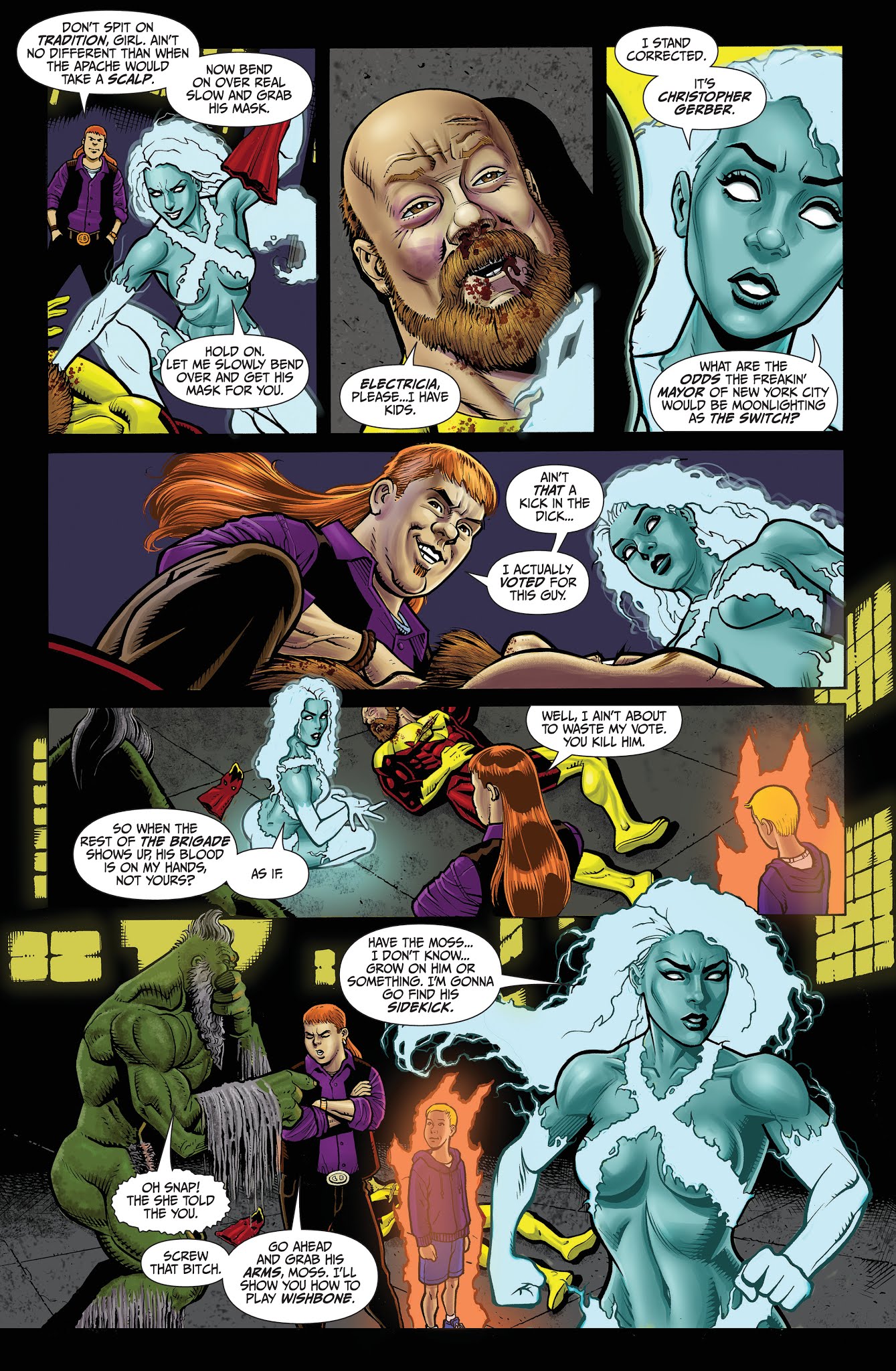 It’s kind of nice to have a bit of a change from the standard black and white morality of many of the big name comics. It would be easy enough, at a glance, to take Electricia as a former villain having a personality crisis and trying to turn over a new leaf… but add to that the fact that she seems to be captive to the Mulleted Stefan and there’s a whole extra angle that can be read into the situation. I won’t go too much into the details of that dynamic but it does add a nice extra level to the story. The extended cast of characters are quite a bit of fun too and would suggest that this is a story not to be taken too seriously, that playfulness works well throughout and sets the tone for some contemporary laughs with familiar faces showing up in odd places. 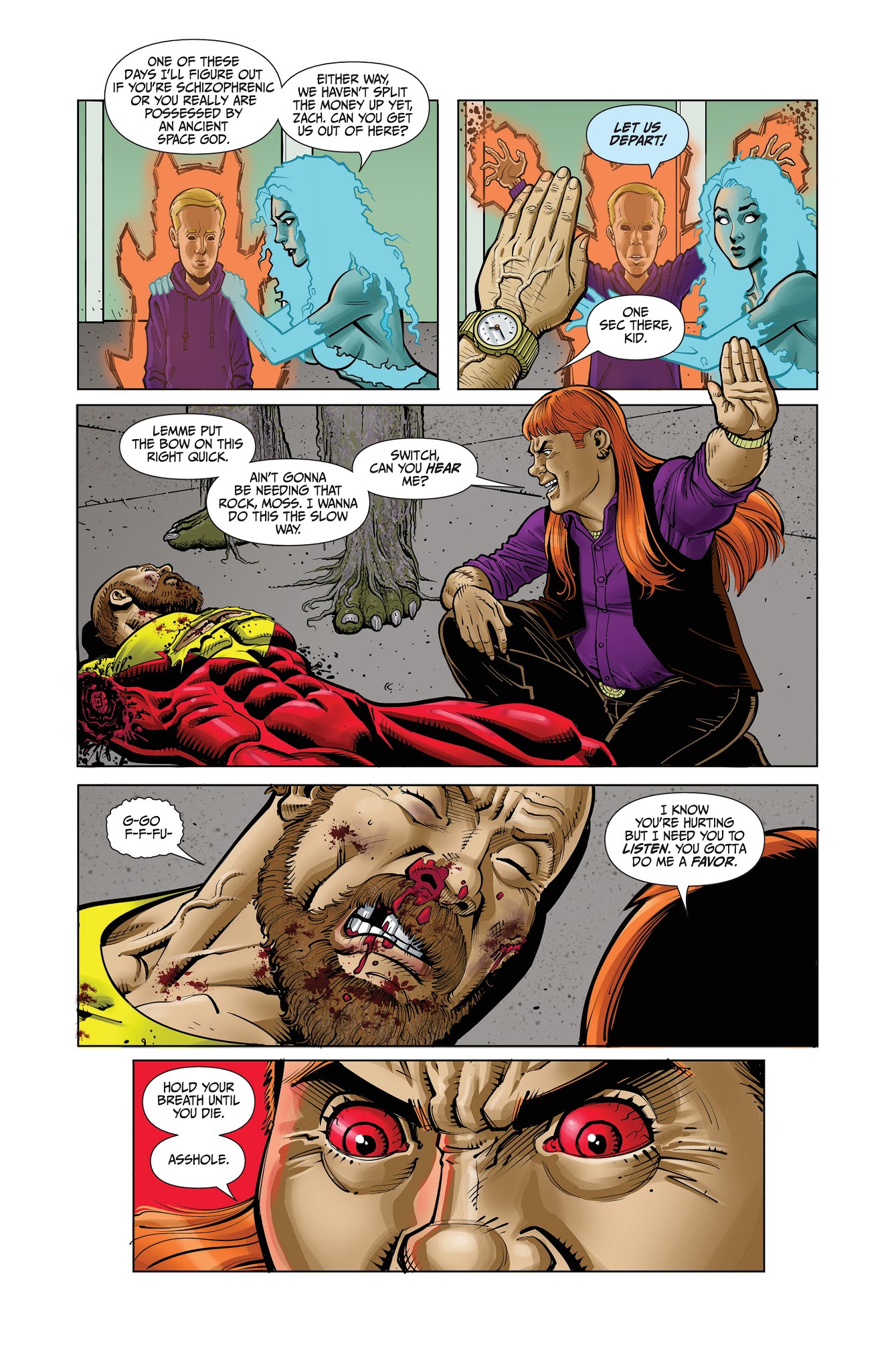 The artwork is clean and bold, well chosen colours and tones help elements stand out against each other… which is pretty important when you have a wide variety of super criminals of various shapes sizes and colours standing together. There are some pretty full on scenes throughout with epic battles and wide spread destruction… but it’s never hard to follow with such clear line work. 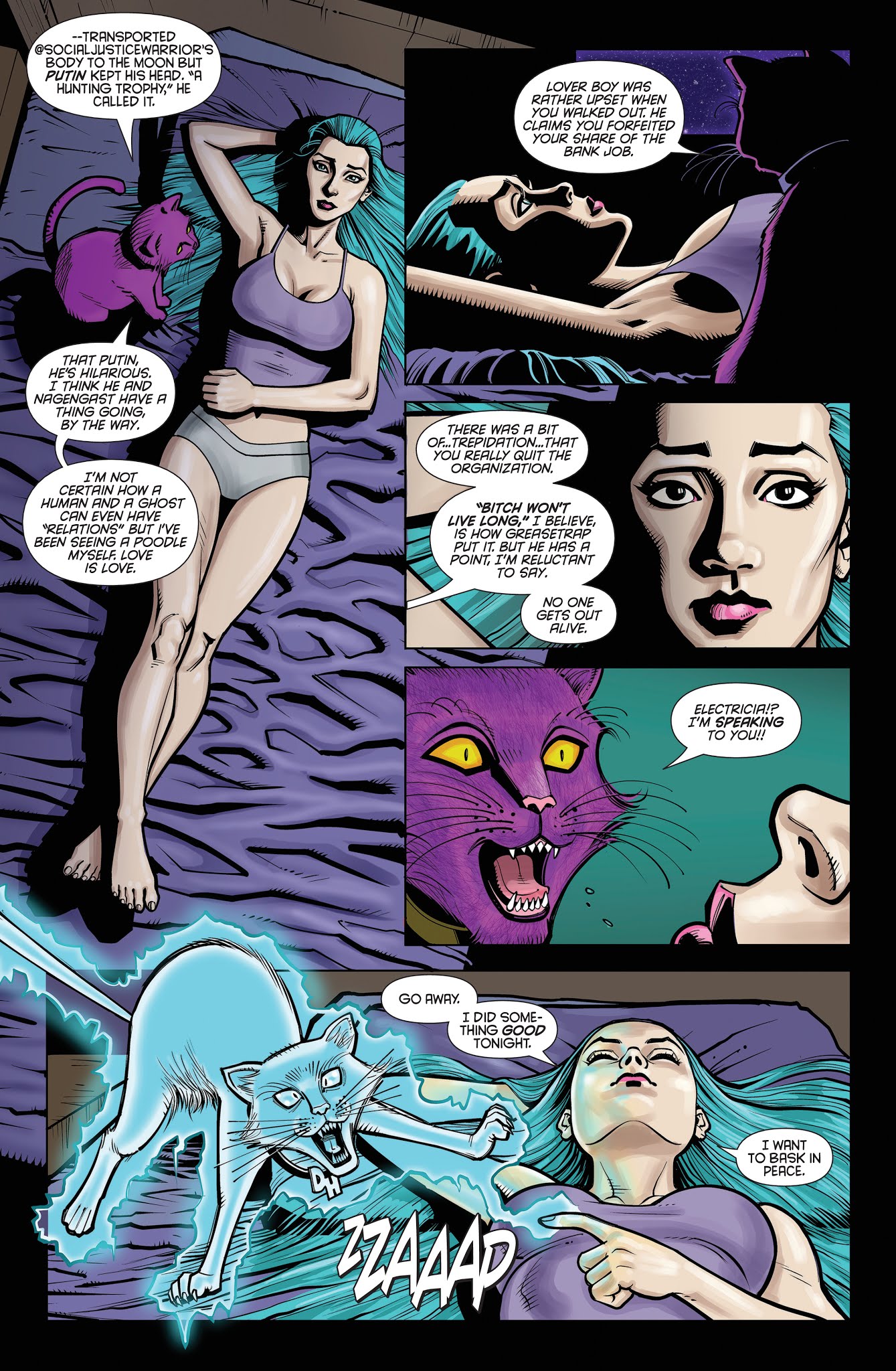 I thought The Switch was a lot of fun… it doesn’t take itself too seriously so it’s free to make some jokes or bring in some “interesting” characters. A strong female character dealing with some nasty enemies and perhaps the odd personal issue or two. If it was going to continue I’d certainly be interested to see where it could go and who else could show up (ghosts of former presidents and villainous world leaders don’t seem out of place in this world). An entertaining read and I’m sure the kickstarter backers will be pleased with the results. 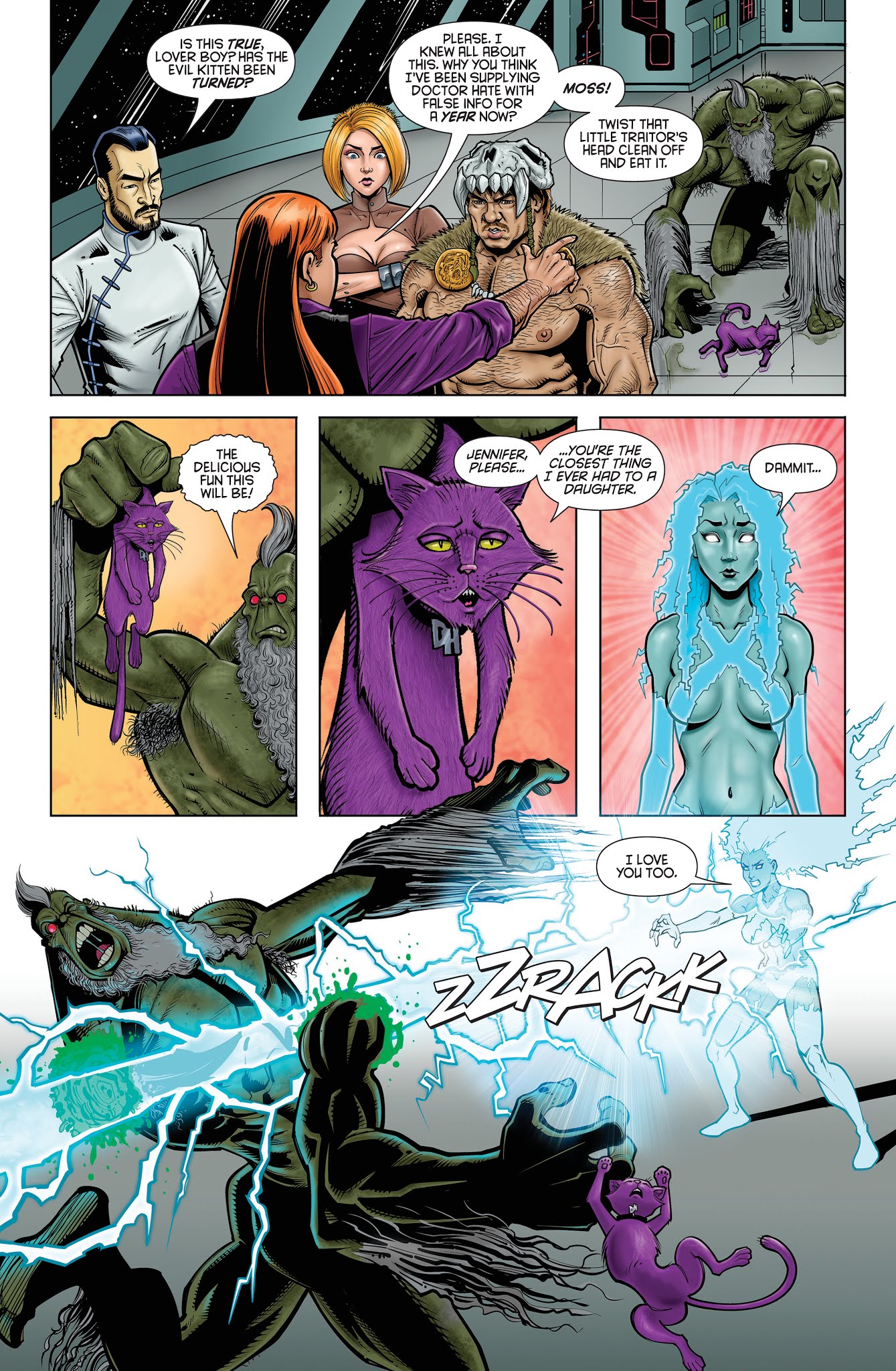