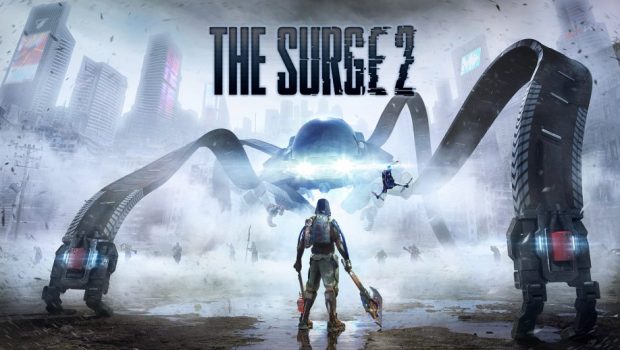 Summary: Essentially just more of the first game in a shinier package.

Feel the Urge to Purge? Try The Surge!

When The Surge first released in 2017, there was kind of a dearth of Soulslike titles on the market, which led to Deck13 Interactive’s sci-fi inspired take on the genre easily finding its niche as a relatively worthy alternative to the Souls games, with enough minor additions to the format, such as specific limb targeting and dismemberment, to forge its own unique identity. 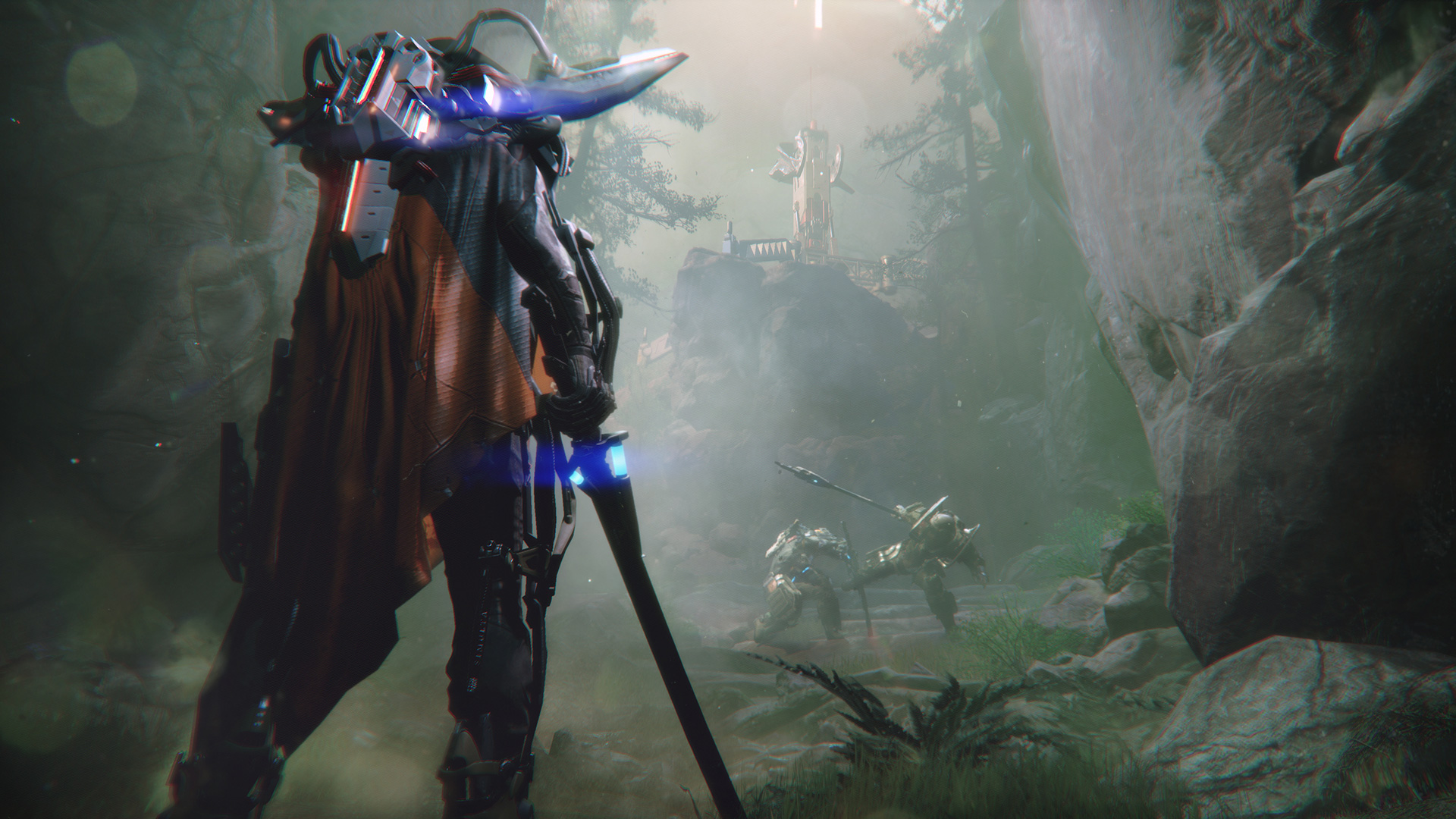 Fast forward two years later and the soulslike genre is more than a little saturated, with recent attempts to build upon Fromsoft’s Action/RPG foundations, such as Ashen, Remnant: From the Ashes, Immortal: Unchained, Code Vein and many others, constantly jostling for attention in an attempt to rise to the top of the pack.

Although I’d played a bit of the first Surge title, the truth is that I rarely spend much time with games that attempt to ape Fromsoft’s formula; there’s always some intangible element that never quite clicks on a personal level, and most efforts fall far short of what Miyazaki and company have achieved, so I usually just end up returning to the progenitors of the genre. 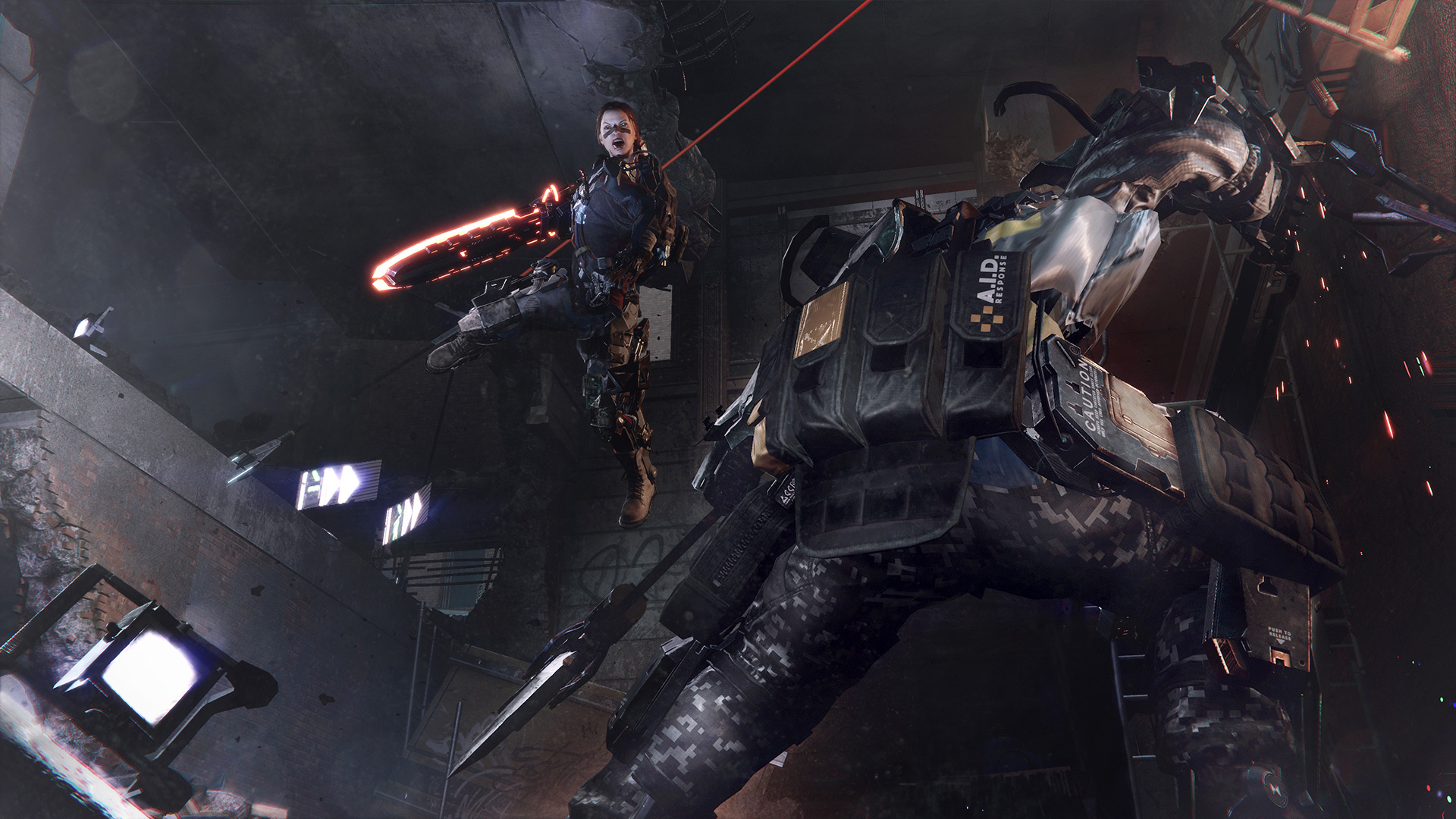 With that said, I did enjoy the futuristic setting of The Surge, as well as the enemy designs, although the lack of bosses served as a strike against it and the combat never felt as fluid as I would have liked.

One of the best things about video games when compared to most other media, particularly films, is that each series generally gets better with each successive instalment; there’s rarely a case of diminishing returns when it comes to gaming, so I came to The Surge 2 optimistic that Deck13 had managed to build upon the potential of the admittedly engaging foundation present in their first go around. 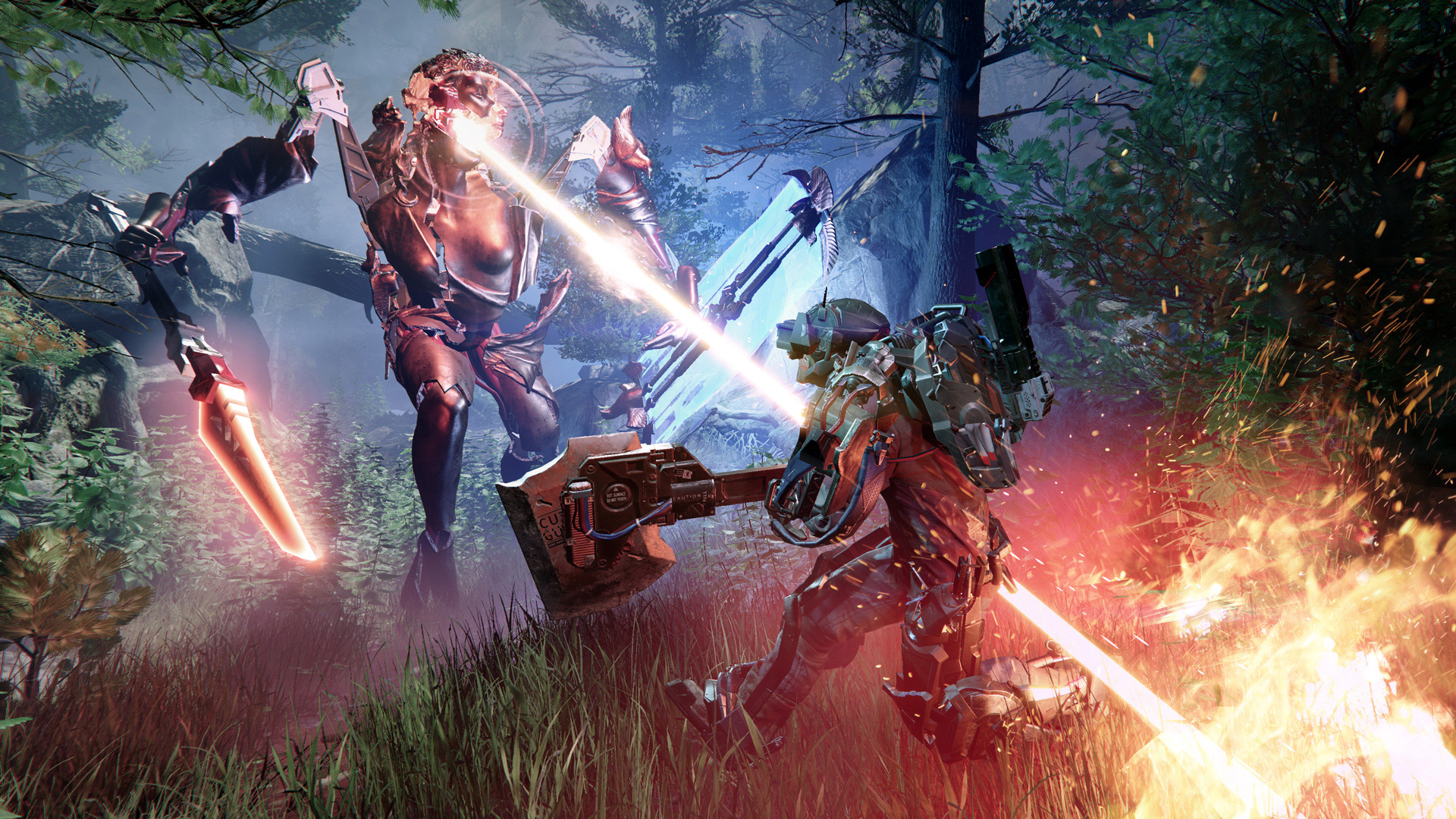 The Surge 2 has been positioned to be bigger and better than ever, to be a true contender to Fromsoft’s crown, and although it certainly nails certain key facets of the genre, a misguided directional blocking system and a criminally uninspired approach to level design and environmental variation means that many might find the flaws outweigh what the game actually gets right.

By adhering to an established template like that created by the Souls series, one of the biggest pitfalls developers need to learn to avoid is churning out a formulaic title that fails to deviate from that familiar structure in any meaningful way, and The Surge 2 finds itself on the wrong side of that struggle far too often. 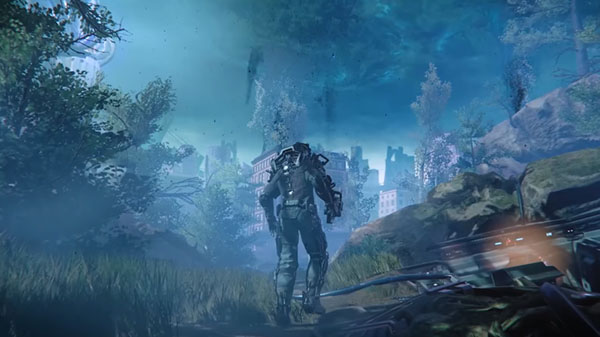 First, the good: the narrative is much stronger here than in either the first Surge game or most certainly the abstruse plotlines of the Souls titles, offering a clear and tangible objective in seeking out a young girl from your recurring visions and to try and piece together the events that caused the plane crash that lead you to awaken in a hostile Jericho City overrun by malignant enemy forces.

The combat also feels a lot more intuitive and less clunky than in the first game, although I still found it to be cumbersome at times. As I alluded to above, I wasn’t really taken with the new directional blocking system, which basically boils down to blocking in the direction a flashing indicator will appear.

I understand why Deck13 would have added such a mechanic, particularly as it adds an the  dimension to one of the weaker elements from the previous game, but much like in the aforementioned previous game, you’ll just end up dodging 99% of the time, which renders the blocking mechanic useless, until you’re railroaded into using it at determined moments and then have to contend with the janky hit collision detection, that is. 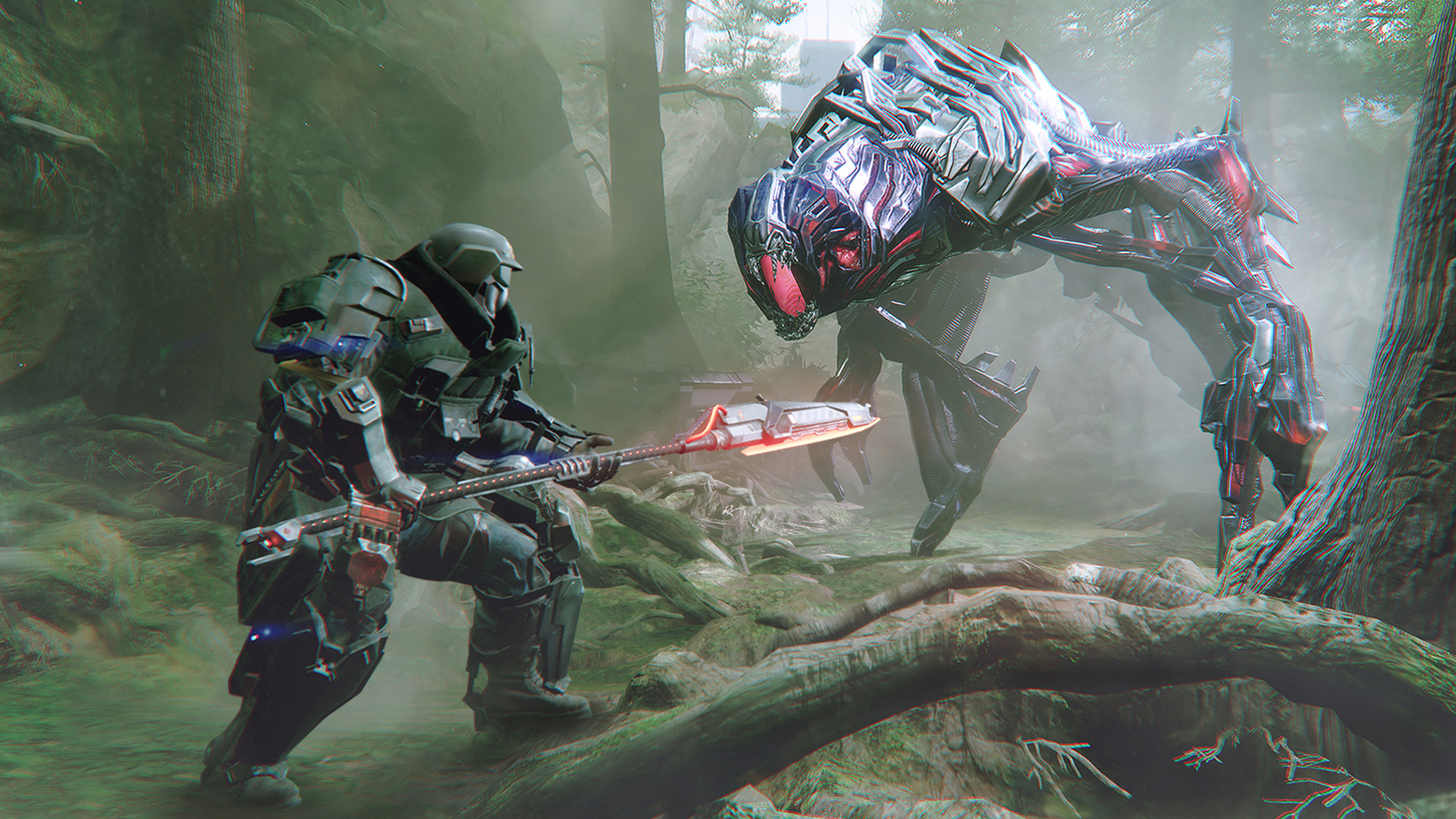 Aside from the blocking, the combat is essentially a tightening up of the combat in the first game, refining the fluidity and hitboxes in an attempt to provide a more enjoyable fighting experience. There’s now the ability to regain battery power that you can use for quick bursts of health whilst  fighting aggressively and the game retains the ability to target individual limbs and either get extra attack points due to hitting an unarmoured portion of your enemy or obtain materials by removing the appendage in question.

It’s still a satisfying variation on traditional Action/RPG combat, kind of adding a V.A.T.S like system to proceedings, but there hasn’t been any real noticeable overhaul over what was present combat-wise in the previous game, which is a bit of a letdown.

The environmental design has clearly had more attention lavished upon it, offering up a far more varied palette than the myriad dreary grey corridors of the first game, but unfortunately Deck13 just can’t quite hit the nail on the head when it comes to crafting memorable and intricately designed locations. Despite the extra work afforded to mixing up the look of areas, the game still remains overly reliant on recycled textures and looping corridors and alleyways that eventually all bleed into one another. It’s a definite step up from the first Surge game but still falls frustratingly short.

There are a wide selection of weapon types available to complement your chosen class, although I found that most everything paled in comparison to using the spear. There’s a satisfying amount of upgrade options available for both your character, their rig and the various implants and passive boosts you can apply as you go through the game; there’s not as much class variation on offer as I’d like but it’s similar in that way to Nioh or Bloodborne, which both effectively used restrictions as a way to impress the desired playstyle upon the player. 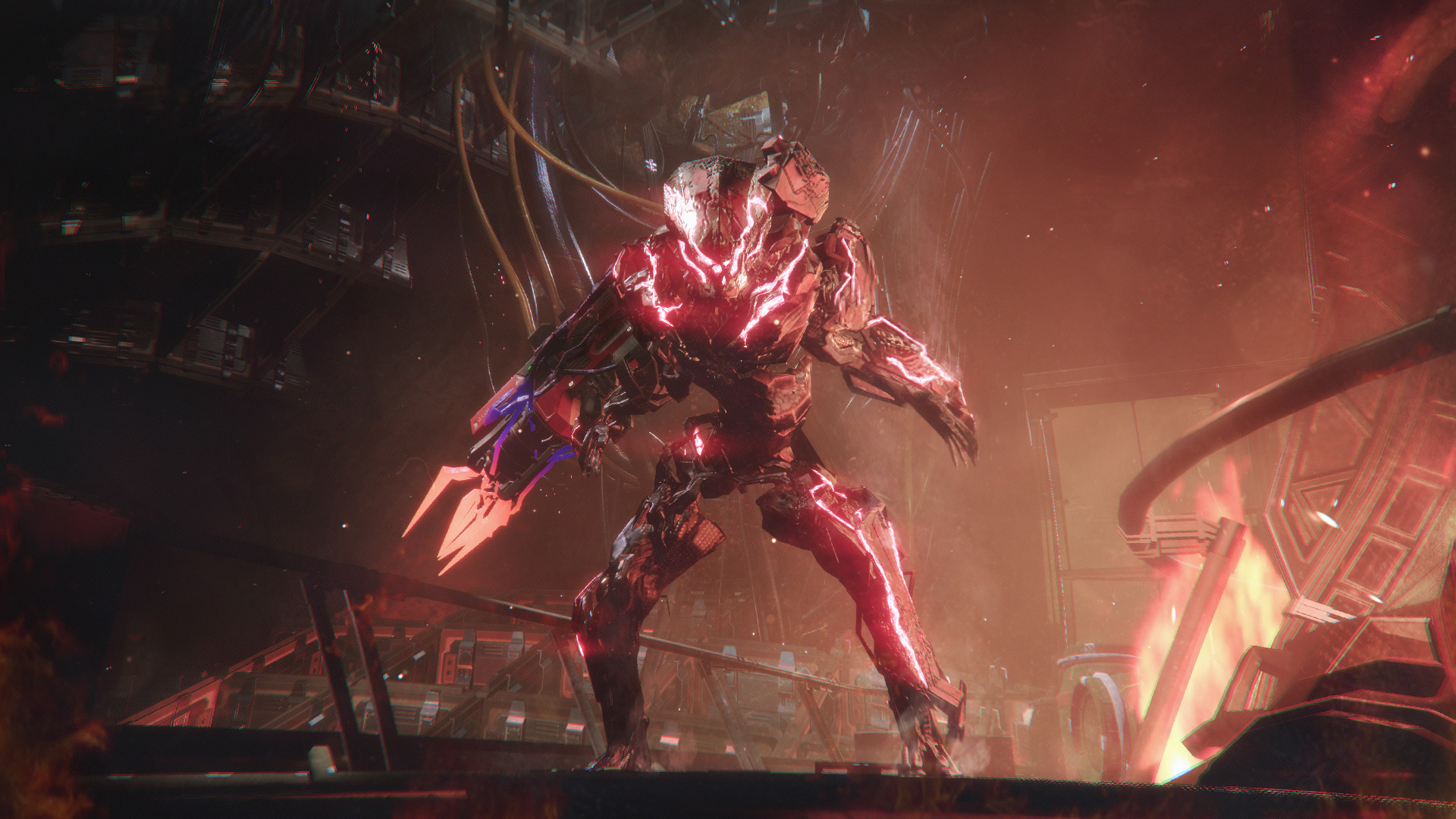 The Surge 2 is far from the best looking game from a technical standpoint, although some creative artistic direction goes some way towards covering up these graphical shortcomings. Still, with all of the potential afforded by the futuristic setting, it’s a shame that the developers didn’t push the environmental design further from an aesthetic standpoint. From a performance perspective, there was a surprising amount of pop–in for such a modern game and the game on me crashed more than once, which thankfully didn’t result in too much lost progress, due to the frequent autosave system, but was still frustrating nonetheless.

The sound design is solid, although again it’s nothing special. Larger enemies sound imposing and the ambient sounds and soundtrack both serve to immerse you into the dystopian landscape you’ve found yourself wandering within. The vocal performances vary from serviceable to outright laughable, but they’re a relatively minor weak point in what is an overall solid showing in the audio department. 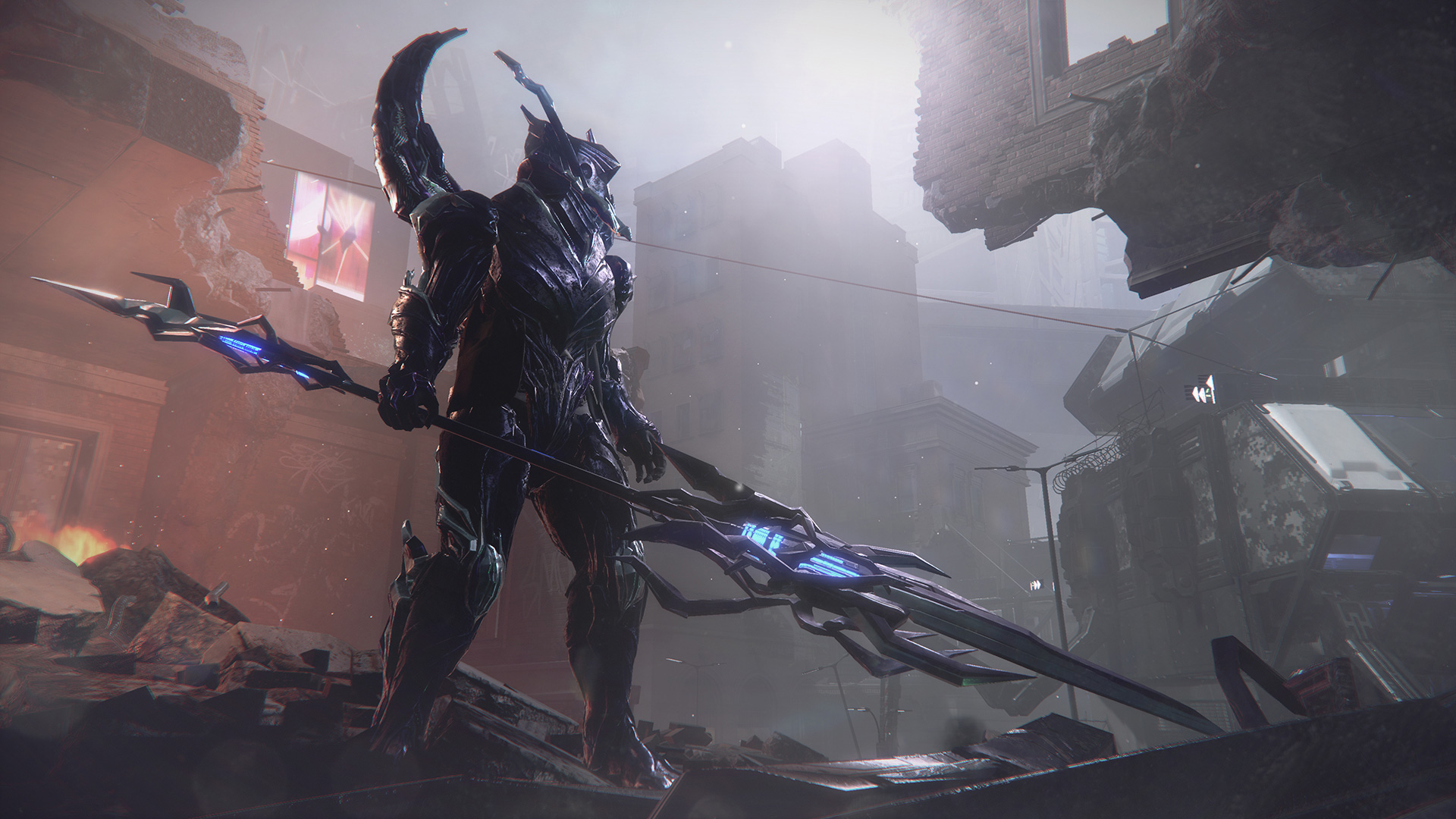 For everything that The Surge 2 gets right, it unfortunately falls short in so many other areas. One major thing that I noticed when playing, and perhaps the most important factor at the end of the day, was that I simply wasn’t enjoying my time with the game.

Sure, it’s mechanically solid and the limb targeting makes for some interesting combat options, but whether I was exploring or deep in combat, I was never truly engaged by the game. I found the lacklustre level design to really start to weigh heavily upon the latter stages of the game and the story, while better than most in this subgenre, still didn’t provide enough of an real incentive to push forward.

The combat does admittedly feel more forgiving and accessible for newcomers, but there’s just something about these games that don’t quite connect with me, although your mileage may vary if you dug what was on offer in the first game, as this is essentially just more of the same in a shinier package. 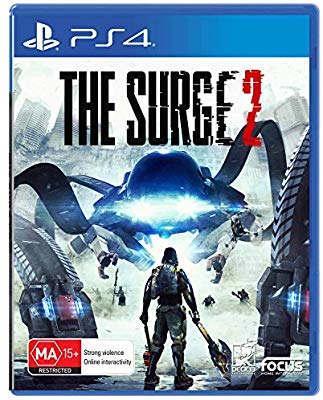