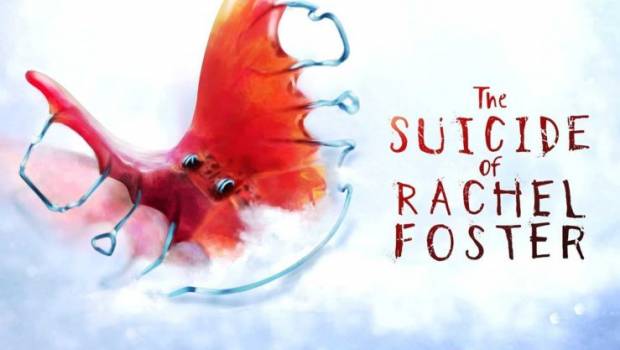 Summary: Lolita and Jack Torrance share a hotel as the ghosts of their past haunt a daughter stranded in a blizzard.

Walking Simulators are an interesting genre. They rely heavily on story and visuals and as such can fail whilst still getting a lot right. I feel that’s the case with The Suicide of Rachel Foster. Firstly I want to give credit to the creators for being aware of the possible trauma the subject matter can cause and for alerting players to that fact.

But… then there’s the game. I will say walking simulators aren’t my favourite genre but having said that, the last one I played, I loved (Everybodies gone to the Rapture). I was frustrated to see that the “run” key is apparently an issue for all walking simulators in that for something claiming to allow you to run… you only end up seeming to move at a slightly accelerate shuffle, movement is still at an enthusiastic snails pace at best. Now this isn’t always a huge issue, if you are visiting new locations and things are staying pretty fresh, but when you have to essentially back track, a lot, it gets pretty annoying. 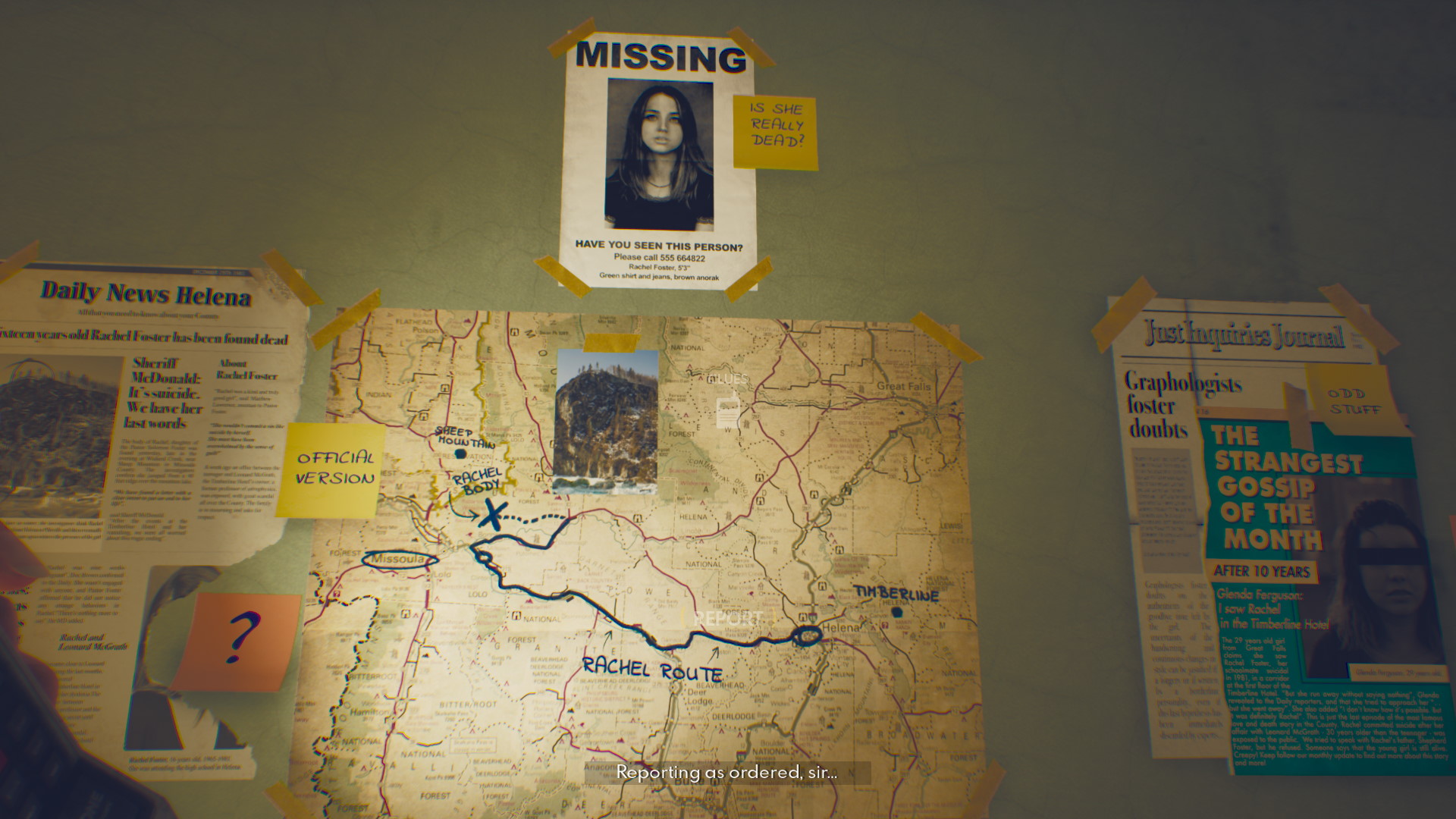 But I’ve kind of got ahead of myself. The story is basically that you have inherited your families hotel, but the hotel comes with a lot of memories of when you were younger. Your parents marriage falling apart, your father having an affair with an underage girl, that girls subsequent suicide and the repercussions of that all being played out in front of the whole community.

The premise is fine enough (though there is a questionable “acceptance” of the underage relationship).. but the execution is where this is let down. One key part of that flawed execution is the whole mobile phone, clearly intended to be a new invention at the time frame the game takes place (which leads to some pretty on the nose “oh I think everyone will use these in the future” type lines that just come across as forced). The phone is a pain in the backside, not least of all in sections in which you have three or more things to “report” over the phone… things that are all lined up next to each other, yet you can’t “report” them all in one go… they have to be “reported” separately which makes you have to seemingly call your phone buddy straight after seemingly having hung up. It’s an unnatural way of communicating and just feels very forced for the sake of narrative. 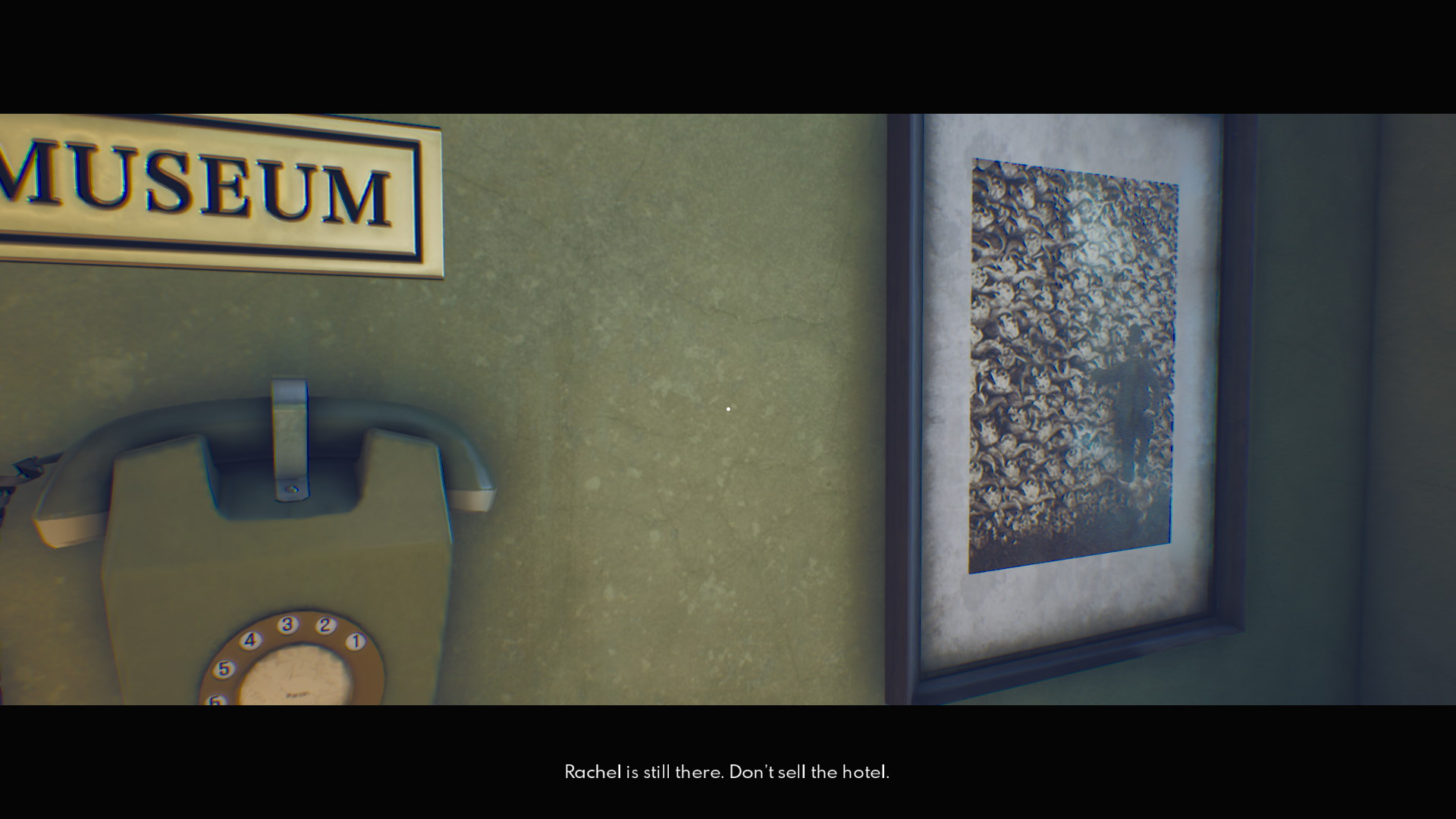 Speaking of forced, the way the days progress is horrid. You are given generally about one main task a day, which sounds fine, but sometimes that task is simply to get food and that apparently takes you the whole day. You get an overly long screen telling you it’s the next day and you then find yourself in some other part of the hotel. This combined with the fact that you can find objects that you will have to use later (and you know that because there are key bindings for the item) but you can’t take them until the game decides you need them, it’s infuriating. Combine that with the fact that there are many items that you can pick up and examine that have absolutely no purpose in the game other than showing what attention to detail the game designers have gone to (which I do appreciate… but not via objects that invite me to pick them up only to see yet another cleaning product that I don’t need to do anything with).

As mentioned earlier, walking sims “walk” a fine line between engrossing and just plain frustrating. For me I was taken out of the game early by the lack of save games (the game automatically saves at the start of a day, but there’s no indication how long a day will be or what will be involved in moving to the next day so you can effectively loose a lot of work if you need to shut the game down though you might potentially have only been a short distance from the next save point). I lost all interest in the story and just wanted the characters to shut up and let me finish the game. 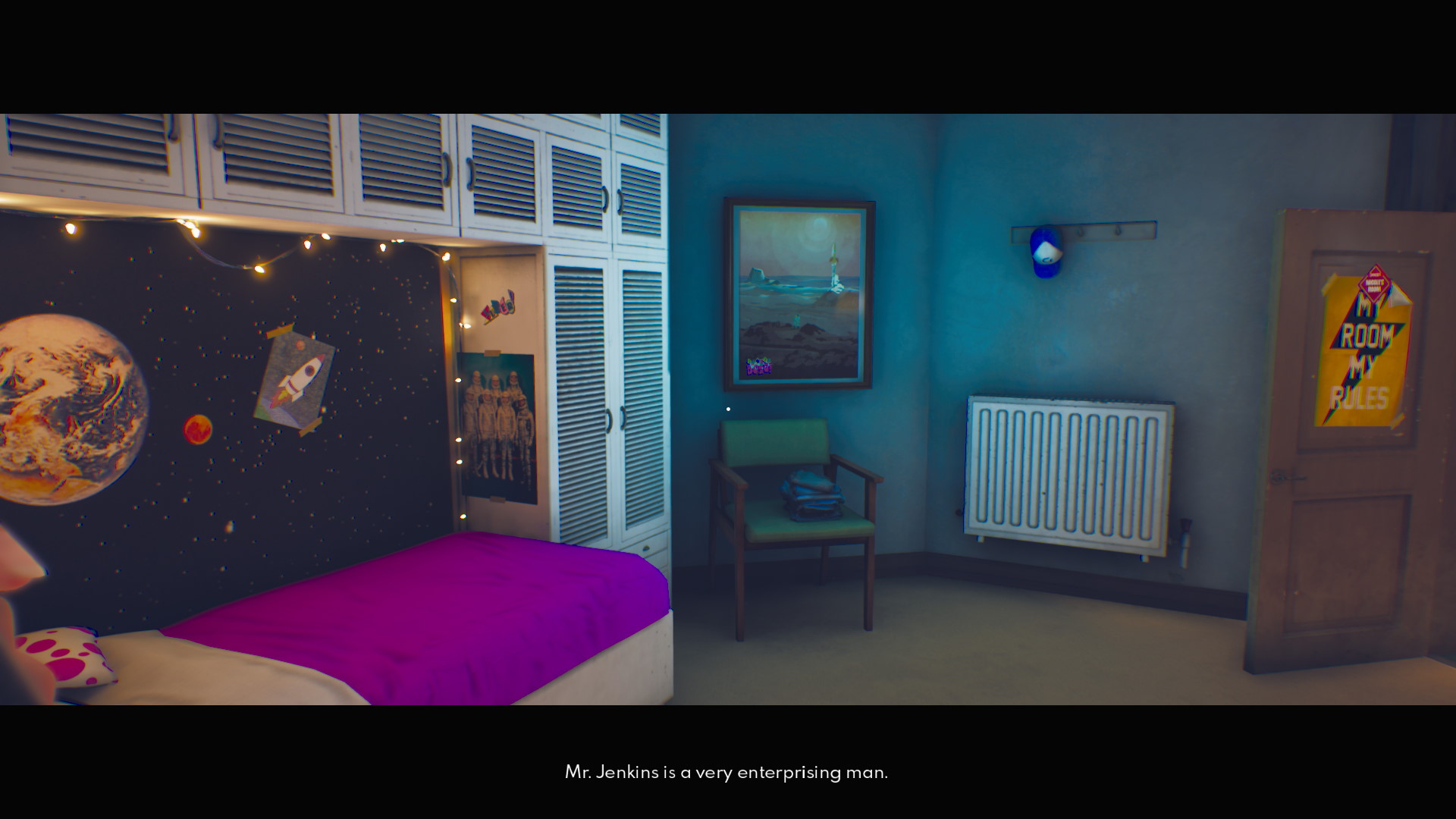 From user reviews it seems like I may be in the minority… but for me it just isn’t worth it. It’s a short experience (though feels far longer than it needs to be) and I think your money would be spent elsewhere.