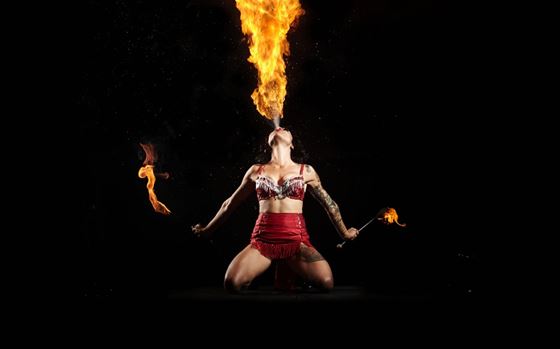 The Spiegeltent comes to Geelong in 2019

Internationally recognised arts event company, Strut & Fret is excited to announce the inaugural season of Spiegeltent Geelong presenting a world-class line up of cabaret, comedy and music at Johnstone Park from 30 May – 23 June 2019.

The season is headlined by the award-winning sell-out sensation LIMBO. The intoxicating mix of cabaret, circus and acrobatics, led by an international cast has seduced audiences worldwide with a celebration of otherworldly proportions. Presented in the magnificent Aurora Spiegeltent, LIMBO whisks audiences into a sinister netherworld of gut-churning contortion, breath-taking acrobatics, and jaw-dropping stunts.

A sold-out hit everywhere from London to Munich, Auckland to Adelaide, Bogota to Brussels, this show is so hot, Madonna came twice!

Dutch for ‘mirror tent’, the Spiegeltent originated in Belgium in the late 19thcentury as a travelling entertainment venue. The exquisite Aurora Spiegeltent is an extravagant big top tent decorated with mirrors, stained glass, velvet and brocade with a beautifully glamorous old-world feel.

Director of production company Strut & Fret and LIMBO, Scott Maidment, says “we are super excited to bring LIMBO and The Spiegeltent to Geelong. It’s been quite a few years in the making and we think its new home at Johnstone Park will be the perfect place to enjoy this special event; hopefully for years to come.”

The full 2019 program will also feature some of Australia’s biggest touring artists soon to be announced.

★★★★ “Chilling & thrilling… so close to the action you can smell the sweat” – Metro (UK)
“Grabs you by the seat of your pants… an irresistable cocktail or circus skills, live music and sexy humour” – Time Out (UK)
★★★★★ “At times dangerous, often breathtaking, always skillful and beautiful, LIMBO is no less than sensational” – Whatsonstage (UK)
★★★★★ – The Upcoming (UK)
★★★★★ “Defies everything we know about human capability” – The West Australian