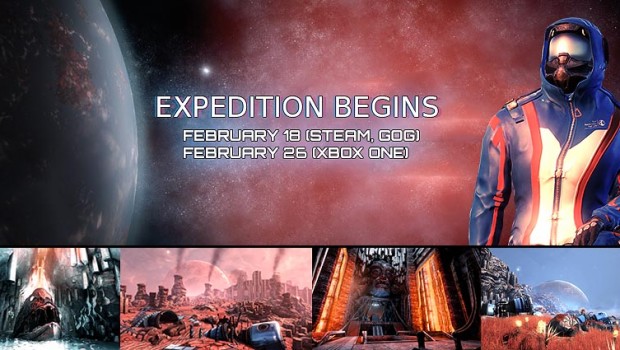 The Solus Project is an exploration and story driven adventure. Experienced in first person, it is a singleplayer experience with survival gameplay elements.

Earth has been destroyed and mankind lingers on in a small fleet of ships near Pluto. As humanity’s last hope, you are sent to scout a distant planet as a potential location for a colony. After years of space travel disaster strikes however, and your ship is destroyed when approaching the planet…

Desperately you look for a way of phoning home, but as you explore the seemingly desolate planet, you uncover the dark secrets buried within the depths. In this otherworldly odyssey you uncover mystery upon mystery as you try to survive the harsh climate.