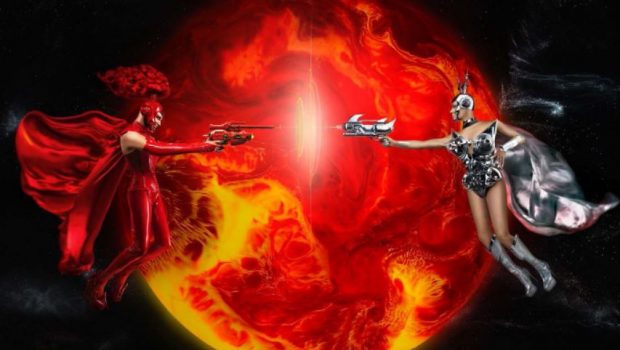 The Show Must Go On! Introducing “VENUS VIRGIN TOMARZ” an exhibition that’s out of this world

“Congratulations. Welcome to the world of art, clarity and invention. These are the only things that move humanity forward. Even technology follows them.”

“And remember Equal is not just a drink sweetener, it’s how everything must be.”

The true story of Venus Virgin Tomarz is told in hyper-colourful composite photographs that recall the sci-fi kitsch of yesteryear. “Venus’s idea of taking 1960s sci-fi as the metaphor of her story of transgender, I just thought that was brilliant,” said Robert Earp, Photomaker. “I’ve always loved the magician’s trick where you’re at a magic show and there is a woman floating […] you know in your head there are strings attached but you still feel as though she is really floating. In this work I have conceptualised Venus as my floating muse”.

In Earp’s images, entire galaxies and epic encounters have been created in minute detail, using everyday household items as the building blocks; the stars are bicarbonate soda; chalk dust becomes star dust; the moon a swirl of poured beer while a Kitchenaid blender whips up tornadoes and alien flesh is created from fish in Earp’s own tank. Earp came to acclaim early on in his career with an exhibition at the National Gallery of Victoria with only his third roll of film. Fast forward and he was quickly embraced by the commercial and fashion world making his name as a ‘maker’ of photographs, turning concepts into art.

For Venus this was a meeting of minds “This art extravaganza is an astounding collaboration between myself and Photomaker, Robert Earp” said Venus “who believed in the idea and
these important art dimensions for the globe. I have pure respect for the understanding, the beauty and passion for detail of this production team of professionals.” In this exhibition, nothing is as it appears and the piece poses profound questions around perception, ideology, society and the future. Where are we going and how are we getting there? Will we be able to accept each other in whatever guise we appear? “Behind it all, the narrative is about equality, really,” says Earp. “It’s also about that fight between Venus and Mars in the classic sense from literature – you know, men are from Mars and women are from Venus. That fight is in everybody.”

The exhibition will launch on 24 May and run to 4 June at 45 Downstairs, Flinders Lane, Melbourne. 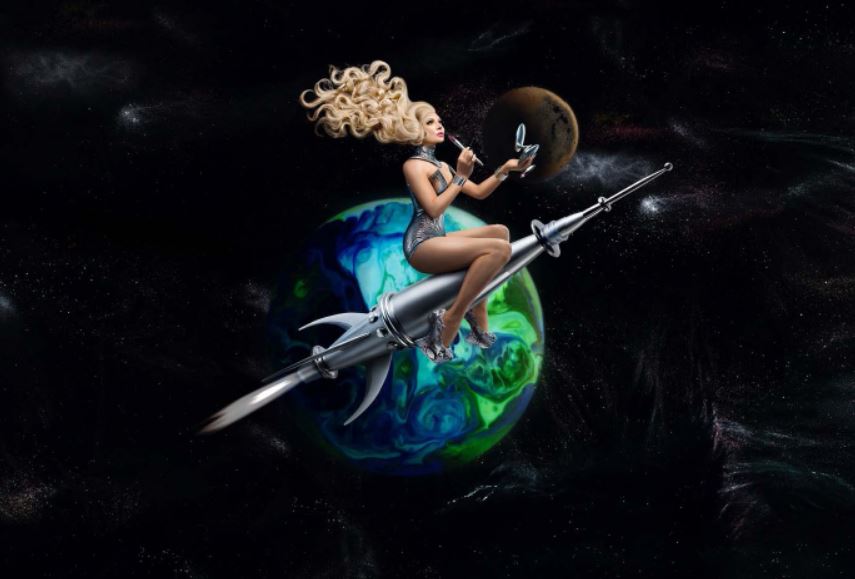 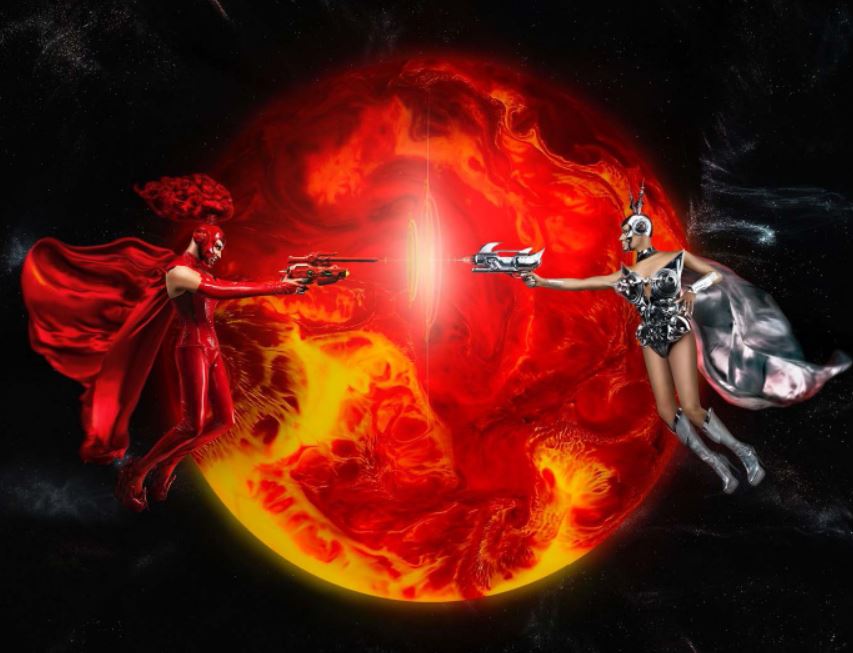