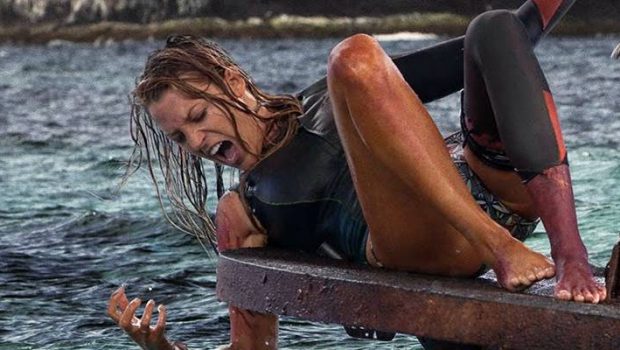 The Shallows is no Jaws. It’s more like a poor man’s version of Gravity, only instead of a space setting its lone heroine is stranded out in the ocean and pursued by a shark. The film stars Blake Lively (The Town, The Age of Adaline) as Nancy, a woman who has dropped out of medical school and has distanced herself from her family after cancer took her mother. Nancy’s plan of escape is to relax and surf at a secret beach in Mexico, which is where her mother also used to surf. Nancy’s one brief companion is the man who drives her to the location, but aside from him and two other surfers, she’s alone for the majority of the film. Once stranded and alone in the water, she must become resourceful against a shark that’s angry about having a piece of metal stuck in its side. But like the meagre rock Nancy shares with a wounded seagull, there’s not much to digest. The plot is largely a one-woman show, which wouldn’t be a problem if it weren’t for the banal themes of survival, resilience and believing in your strengths; these self-improvement slogans are stitched together with mawkish family text messages and phone calls that signpost messages about reconnecting with our loved ones. The Shallows is thus an awkward dance: a psychological drama of reconciliation that is also the story of one angry shark’s revenge. The film itself pleads for forgiveness by asking us to overlook its numerous plot holes. We’re to believe that a shark would remain interested in its target for more than a day and that in this time the secret beach is visited by four adults, one of which drunkenly stumbles onto it. Another large oversight is that after some early surfing, Nancy is dumped back into the water by the waves again when she finds safety on the rocks. It would have added some much-needed tension if she had to contend with the environment in this way rather than just the shark and the distance to the safety points. 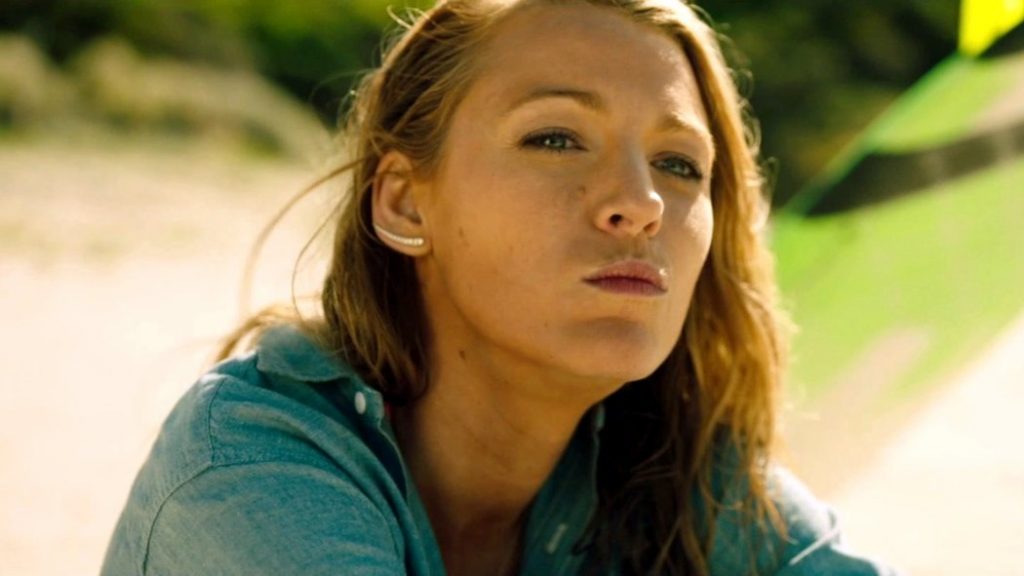 The dull narrative is never enhanced by the film’s formal properties and its technical choices. While the Australian beach chosen to set the story makes for an awesome setting, the surfing scenes disappoint with surprisingly small waves. In these scenes, director Jaume Collet-Serra (Unknown, Non-Stop) resorts to an extreme long-shot, which removes Blake Lively from the frame and undermines her adept physicality for the role; it’s a strange visual choice given that she insisted that she rarely used a stunt double to play Nancy. Under the director’s lead pacing, Nancy’s survival also feels slow and despite the film being barely ninety minutes long, Collet-Serra tries to make time for grandeur. The shark is comically oversized and looks more silly than dangerous. It undercuts the film’s quieter moments when the antagonist is hidden away and a few ripples of tension emerge. One example is when Blake Lively is positioned in the middle of the frame and there is enough open space behind her to make us think something deadly will rise at the back of her shoulder. The film’s climax desperately needed this unnerving calmness and menace because the over the top showdown launched a tsunami of laughs at the preview screening, such was the ridiculousness of the ending. Equally distracting is the film’s penchant for product placement, including Rip Curl, CASIO, All Star Converse shoes, a smart phone and a GoPro camera. While Blake Lively is committed to humanise Nancy’s tortured physicality and willingly takes all her cuts and bruises, the narrative’s aims and its lead character aren’t interesting or original enough to sustain the film’s duration and given how small the story is the number of plot holes seems lazy and glaring. More gravity was needed.

Summary: The narrative’s aims and its lead character aren’t interesting or original enough to sustain the film’s duration.