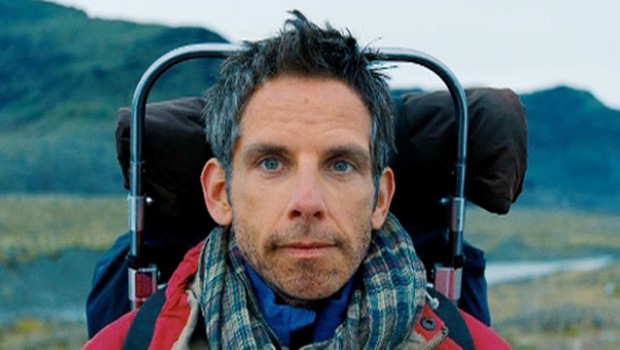 Written by Steve Conrad, based on the short story “The Secret Life of Walter Mitty” by James Thurber

James Thurber’s short story “The Secret Life of Walter Mitty” was first filmed in 1947 with comedian Danny Kaye. It was a very funny but overlong slapstick comedy about an ordinary man who worked for a publishing company but was also a dreamer and had fantasies about being an adventurer and a hero. A new adaptation had been discussed since the 1990s. The overtones of the American Dream are why the film caught the attention of major Hollywood players. Both Ron Howard and Steven Spielberg were courted to direct the film and Jim Carrey was to play Mitty until Ben Stiller came on board.

Ben Stiller’s choice of comedy has been self-deprecating, making a career of playing sad sack characters who are either uptight or downtrodden victims. Yet I wondered if this project is a form of personal therapy for Stiller to escape this typecasting. His last two films (Tower Heist, The Watch) have underwhelmed the US box office, which suggests audiences are cooling on the act too. In some interviews he has said that he has bipolar disorder but then later withdrew the comment. Mitty is a thin veil of Stiller’s own self-image, playing a lonely character that is bored by rigid, corporate barriers and dreams of leaving America to explore the more exotic parts of the world. It is a well-intentioned and personal concept undone by a poorly developed script by Steve Conrad (The Weather Man, The Pursuit of Happyness).

The modern setting is the most problematic aspect. There are some timely ideas setting the film today, referencing the downsizing of companies and moving from print media to online material. Yet the thin MacGuffin-driven plot, involving Walter’s search for a missing film negative, is ridiculously contrived. The magazine’s photographer (played briefly by Sean Penn) is said to be old fashioned because he doesn’t rely on technology. What major publishing company, large enough to have corporate suits (like Adam Scott’s obnoxious character), still relies on developing negative photographs? The plot, crossing from Iceland, Greenland and Afghanistan, doesn’t stitch together well at all. The clues surrounding the negative are sown loosely by cheap coincidences and luck, too easily revealing the constructs used to shuffle Mitty to the next episode of self-discovery and skateboarding.

It’s painful to think how much Jim Carrey could have done with the central character. Danny Kaye was a master of physical, slapstick comedy so despite Walter being a dreamer he still engaged us. I think Jim Carrey in his prime would have brought similar qualities. Walter is a deliberately bland and reserved character, played with such minimalism by Ben Stiller that he’s almost in a trance. I wish there were more jokes in the film. Save for the odd line, he doesn’t provide as many laughs as we’d expect. A telling moment in the film is when Patton Oswalt appears, playing a technician from the website eHarmony, and with his charisma he instantly lifts the film’s energy levels. Even Kristen Wiig, Hollywood’s comic darling at the moment, has been reined to play a single mother that Walter is looking to court. Their scenes together have little chemistry because neither of them is very funny, resorting to staccato dialogue in a subplot of clichés. Count the number of times you’ve seen that moment where the hero walks to the love interest’s door and it’s answered by someone else. 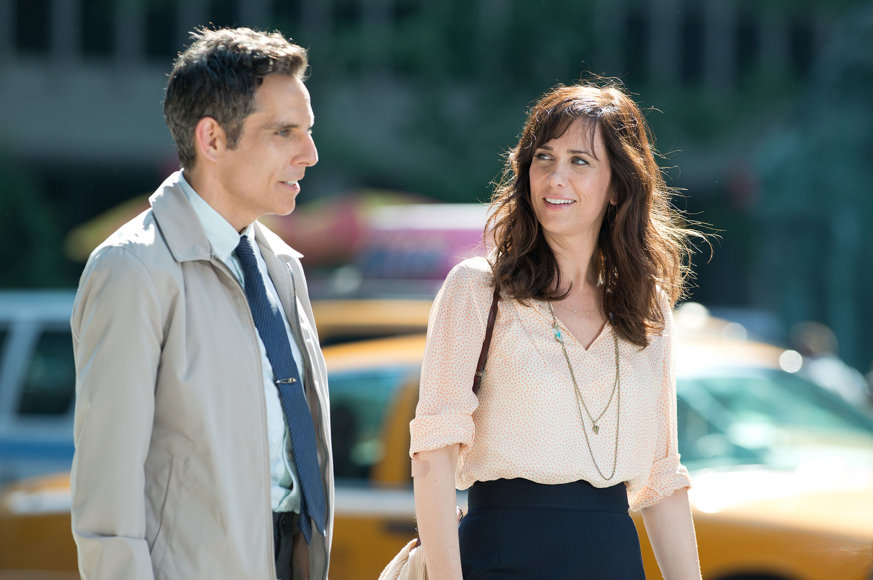 I’ve liked some of Ben Stiller’s other efforts as a director (particularly Tropic Thunder), but behind the camera his work is patchy. The film is purposely formalised but adjoined to unoriginal and obvious thematic ideas. In the opening street scenes the camera crabs sideways and the colours are drab and metallic to show how mechanical and rigid the city and its people are as a reflection of Walter’s immobilised lifestyle. It is the type of idea that Charlie Chaplin would have been celebrated for back in the 1930s. Though the fantasy sequences are brisker than in the original, they are also more bombastic and the pace of the film feels long and sluggish. Part of the fun of the Danny Kaye film was deciphering whether Mitty was fantasying or not. The remake is straightforward, with fewer secrets, more sentiment and it isn’t as funny.

Summary: The remake is straightforward, with fewer secrets, more sentiment and it isn't as funny.