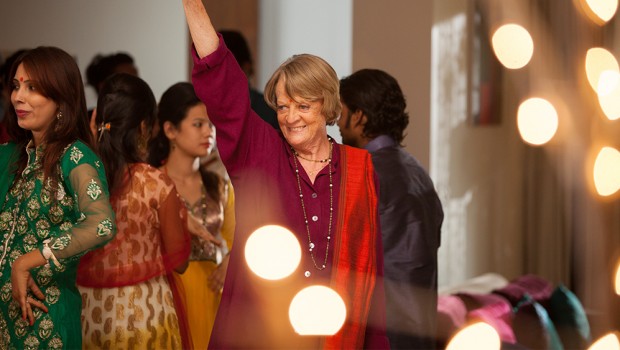 Comedies are usually a hard act to follow and the path to a sequel is always a rocky one. There’s often the chance of letting down original fans and being accused of money grabbing by making additional installments. The advantage the first Marigold movie had was that it was based on a novel and therefore had a built in audience for director John Madden and screenplay writer Ol Parker to whom they could cater. With a budget of a meager $10 million The Best Exotic Marigold Hotel generated thirteen times that in 2011 hence why we are now given The Second Best Exotic Marigold Hotel. The first film told a story of a group of people in their twilight years searching for something more than spending their final years in dreary England. So of course you avoid this by heading to India to discover new endeavors.

The story picks up right where we left the beloved retired English folk, although this time the movie opens in the unexpected location of the US. The not so fuddy Sonny (Dev Patel) and the always duddy Muriel (Maggie Smith) are heading across the United States Route 66 style. The car’s top is down and the odd couple jokes between the two begin straight away. This trip is taking place so the two can meet with investors who might feed them enough money to build a second Marigold hotel. This fictional meeting could even resemble a real life conversation the producers of this movie had with the film company. It’s a tough sell but it could pay off. In order to expand business, the Marigold Hotel needs to find a second location to open another one. 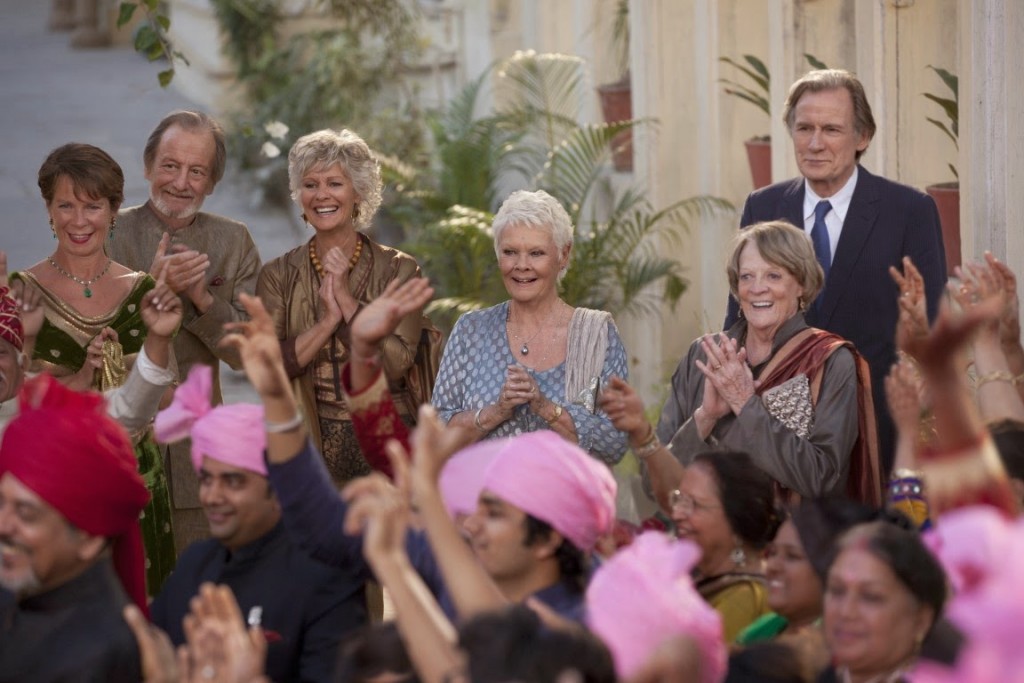 The character of Muriel is played amazingly by Smith but her personal journey does seem a little farfetched. In just one movie she has managed to leave behind a lifetime of racism to become an owner of an Indian hotel? But then again movies about racist old people do seem to tell a different story to the one this film is trying to portray. Last time around we saw Smith playing an unlikeable but hilarious geriatric that packed enough comebacks that Muhammad Ali would be lost for words. Sadly, this time she’s taken on the motherly role to Sonny, which makes her demeanor less entertaining. 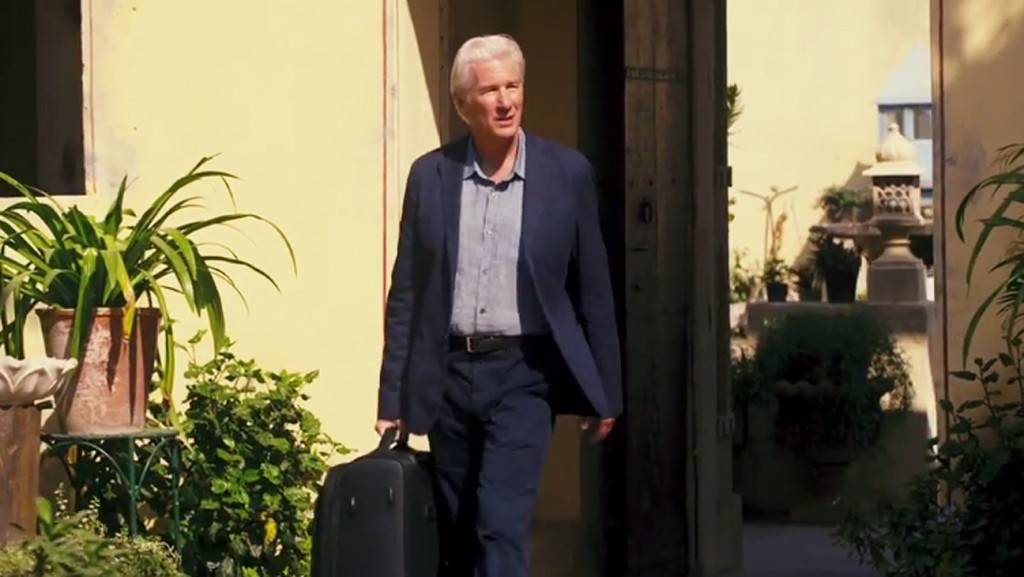 The other characters are right where you’d think they’d be. Douglas (Bill Nighy) is still pursuing Evelyn (Judi Dench) one awkward step at a time.  The saucy Madge (Celia Imrie) is playing the field with two unassuming rich Indians. While Carol (Diana Hardcastle) and Norman (Ronald Pickup) are still fooling around like adolescents in the backseat of a car. One new addition to the cast is Richard Gere who plays Guy, the mysterious American who is eye candy for all the baby boomer guests of the hotel and probably the audience. His only problem is that he can get everybody’s attention apart from the person he wants to be with most, Mrs. Kapoor (Lillete Dubey). Another new guest is the overly polite and very subtle Lavinia (Tasmin Greig) who is sadly way less Black Books and more of a movie prop. 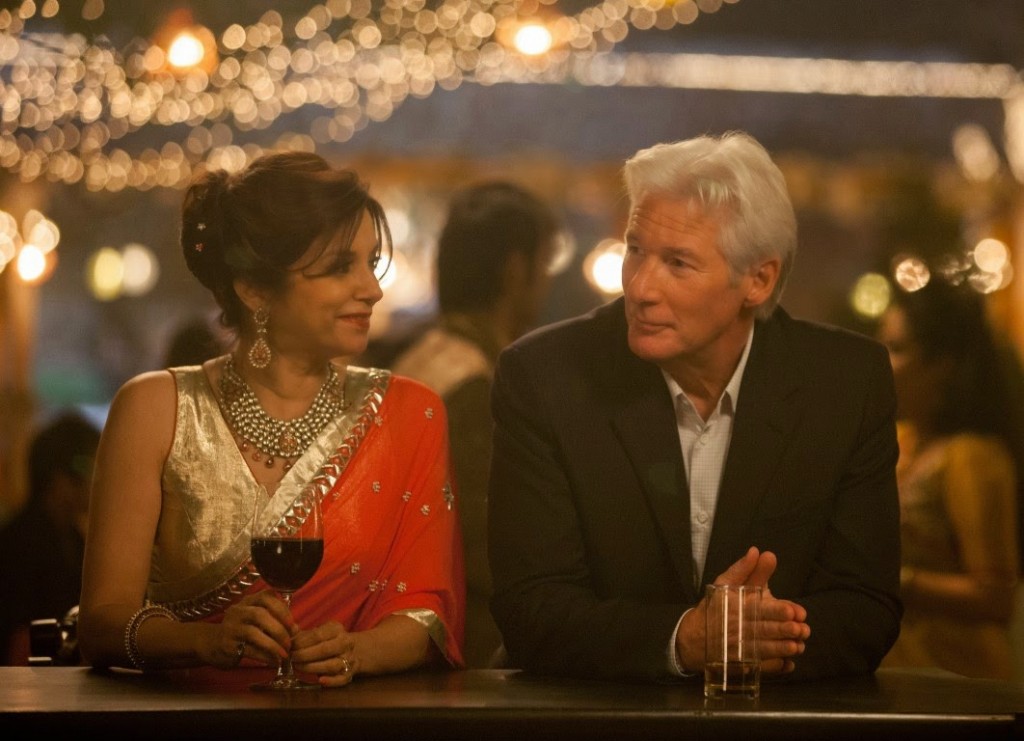 Though this movie is fun and will probably be your granny’s favourite film of the year so far the movie still has a lot of faults. One problem is that it just feels like a 2.0 version of the first. Sure we have a few new cast members but do moviegoers really need to know what’s happening with this bunch of people? Though the tourist trap jokes are left behind. Half of the script seems like it could have been used for a British TV comedy series. Things like accidental assassinations being put on people is spun into a fun aspect of the story which could have been a plot to an ‘Allo ‘Allo episode. Though this movie is clearly aimed at older audiences it’s nice to see the character of Sonny is as colourful and outrageous as the Indian backdrop this movie is pinned against. Patel breathes much needed life into the story of slow moving retired folk. It’s just a shame that an amazing dance scene is cut short where we see Sonny and beautiful fiancé Sunaina (Tina Desai) participate in a typical Bollywood dance. At just over two hours the makers of this film do their best to cover a story with a large ensemble cast but there is definitely fat that could have been trimmed. Parts of the story seem pointless as some of these characters go through events that don’t really meld into anything that resembles development. Luckily there is enough sparkle, brightness and shine in India’s scenery that the senses will be livened up enough to pay attention. Overall this film is a bit of fun. It’s not meant to push any boundaries, it’s just meant to tickle a funny bone or two. If you feel like being a good grandchild that’s all the more reason to take somebody along to see this film.

Summary: It’s not meant to push any boundaries, it’s just meant to tickle a funny bone or two