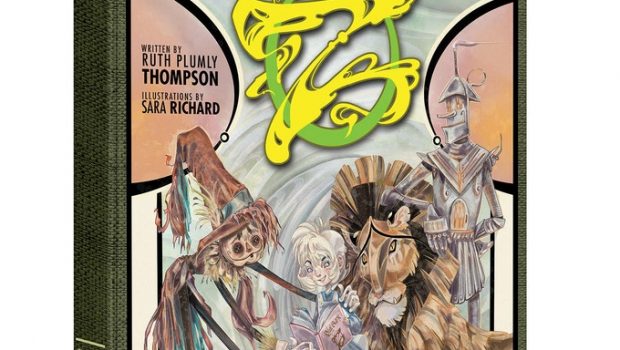 The Royal Book Of Oz is the 15th book in the Oz series and is also the first book in the series written by Ruth Plumly Thompson.

Released in 1921, the book was originally credited as the last to be written by series creator, L. Frank Baum. Baum died in 1919, but the manuscript for Royal Book of Oz was said to have been completed before then.

It wasn’t until years later that the truth behind this book’s origins were revealed.

The Kickstarter includes a variety of support including postcards, enamel pins, a copy of the book, a bumper sticker, a lunch box, art prints, and signed slipcase editions.

To support this campaign, please visit –  Kickstarter for The Royal Book Of Oz