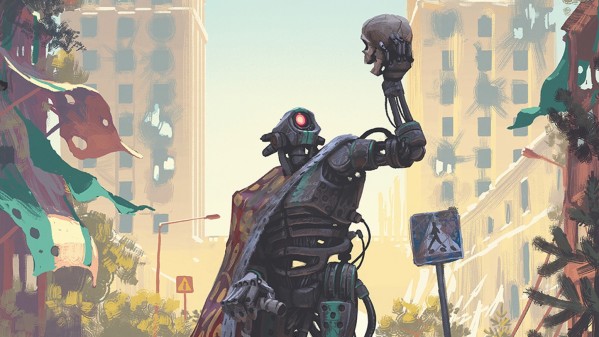 The Rise of the Robots! Mechatron Expansion to the award-winning Mutant: Year Zero RPG on pre-order now

”All human personnel are to be evacuated immediately from Production Facility Mechatron-7, on direct orders from Noatun Central Command. Control over Mechatron-7 is to be temporarily transferred to A.I. construct NODOS, to secure continued production.”

In a huge facility hidden underneath the ocean, an army of robots continues to carry out the final orders of humanity in decaying factories. But now, decades after the humans left, something is changing. Robots are starting to malfunction. To rebel. To express a will of their own. To Awake. Will these self-aware robots save the Collective – or lead it to its final downfall? It’s time for the machines to make their mark on the dawnworld in Mutant: Mechatron created by Free League Publishing.

The machines awake in this postapocalyptic RPG in the vein of Westworld, I, Robot and Blade Runner, set in the universe of the acclaimed Mutant: Year Zero.

Mechatron is the second major expansion to the award-winning postapocalyptic tabletop RPG by Free League Publishing and will release in early June. The expansions allows players to become the quirkiest of all creatures of the Mutant universe – the robots – and introduces them to the dawnworld. Mutant: Mechatron stands on its own and can be played as a complete game in its own right.

Get ready for the rise of the robots. Mutant: Mechatron pre-order launched!

● MECHATRON-7 – A detailed description of Mechatron-7, a huge underground robot city, including a full-color map.

● GHOST IN THE MACHINE – The complete Ghost in the Machine campaign, placing the player characters in the middle of a growing conflict that threatens to tear the robot collective apart.

● ADAPT TO THE ZONE – Guidelines and rules for how the robots can adapt to life in the Zone, the unknown world outside of the Mechatron-7. 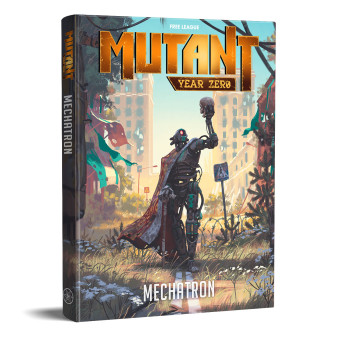