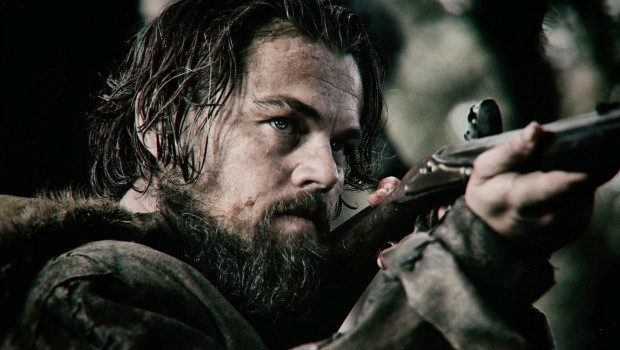 The Revenant is an ironic tragedy, set in the frontier in the 1800s and featuring a cast entirely of men. Yet it is not about them, their masculinity or an examination of male friendship. The film’s Mexican director Alejandro Gonzalez Iñárritu is employing much broader themes that transcend the specifics of gender and stereotypes. The film could be viewed simplistically as a bloody revenge story on horseback but it inherits complexity through its contrasting themes and images. Similar to Iñárritu’s previous film Birdman or (The Unexpected Virtue of Ignorance), it is about different facets of the human condition but differentiates itself through the way these traits are tested through the myth of righteous violence. Whereas Birdman overflowed brilliantly with many different ideas, Iñárritu’ has learnt to judiciously select his themes. The film uses its characters to develop a consistent pattern for its thematic and ideological goals, starting with its antagonist. Tom Hardy as the film’s villain Fitzgerald embodies the notion of self-preservation, which provides his character with some accessibility to his psychology, surpassing his slurred accent and intimidating nature. He is a man with patches sitting between his long shaggy hair, which makes it visible that he was at some point nearly scalped, an incident fuelling his desire to protect himself before others and survive.

An observant way the film shows how much his wounds trouble him is when he tells someone to stop scraping their knife because the noise reminds him of his encounter with death. The incident from his past ignites his current attitude because although they belong to the same company of troops delivering pelts, Fitzgerald is reluctant to help his fellow traveler Hugh Glass (Leonardo DiCaprio) after he is mauled by a bear. The other men in the group try caring for him in the snowy woodlands, but Fitzgerald insists on leaving him and also preparing to kill him. The scenes where the men, including Fitzgerald, are carrying his body on a stretcher through the icy terrain are an example of the film creating a broad morality question for its characters about self-preservation through its image and its setting rather than emphasising the physical toughness of its characters. The film is also less scattershot than Birdman in its ideologies and aims. Iñárritu, presumably spurred by the difficulty of the frosty conditions, has realised the need for narrative discipline, using the images exclusively rather than dialogue to enhance its universal ideas such as self-preservation. 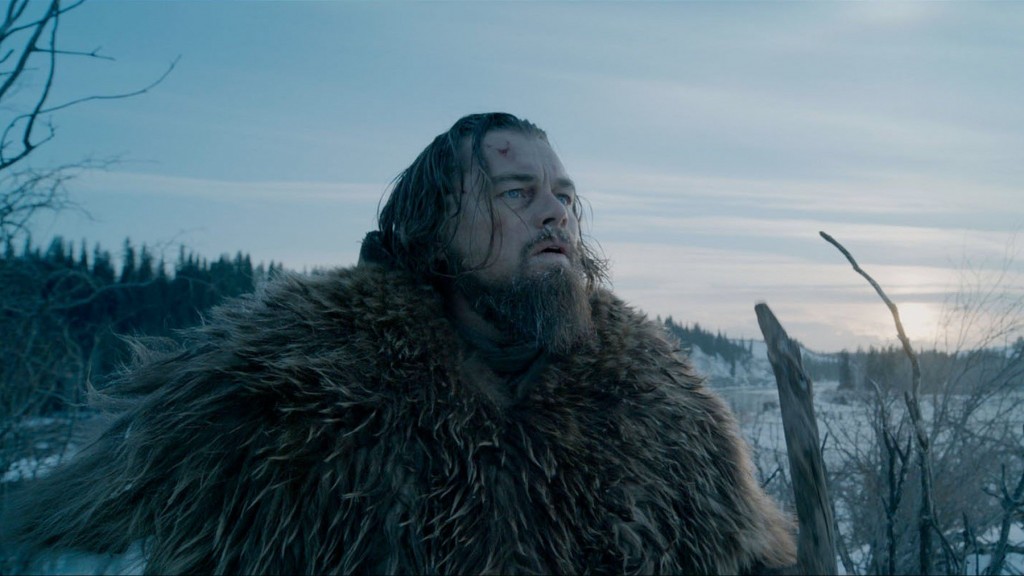 Another example of the film divorcing itself from gender is through its protagonist Hugh Glass, who is not challenged solely by mindless violence and masculinity as some have argued. Rather, he is tested by the weight of his compassion, which drives him blindly towards righteous violence. Every scene in the film questions one’s compassion and empathy on the path to revenge, long before Glass can right his young Indian son’s death at Fitzgerald’s hand, who also left him for dead. The most transparent example of compassion for his child is the physical turmoil Glass experiences to avenge him. Throughout the film, Leonardo DiCaprio shows extraordinary physicality to crawl through the ice and snow. The enormous physical strains, enduring the cuts on his back, having his throat slashed, curling up by handmade fires, dodging arrows and avoiding starvation, become a visual pattern and image system showing the physical endurance a person could pursue out of love for their children. The geography and compositions further compliment and enhance the emotional and physical struggle. The camera zooms tightly on Glass’s face to show the strain and urgency of his body but retracts to both wide and extreme long shots to highlight the extremity of the wintery conditions and underline the physical duration he is imposing on himself out of love. 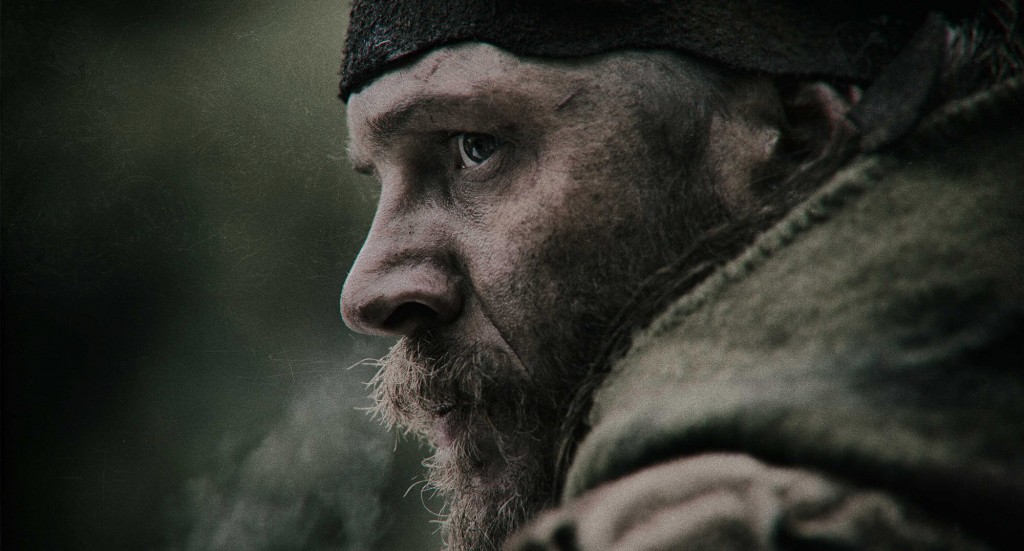 The Revenant also expresses compassion and empathy’s problematic nature in a series of exciting episodes, such as the aforementioned scenes of the men torn on carrying Glass’s body. Additionally, flashbacks and dreams visualise the murder of Glass’s wife and her village being destroyed by officers, which are factors of guilt, love and madness driving him towards Fitzgerald. In another tense scene, he is attempting to steal a horse from a camp but his escape is interrupted by a woman being assaulted, prompting Glass to choose to aid her and blow his cover. Similarly, an Indian helps Glass recover from his wounds but the bond results in the man being hanged and branded a traitor. These are examples of the film questioning the value of their friendship and helping others and whether it outweighs our own wellbeing. Glass also finds compassion in the wildlife because after his horse is destroyed in a terrible fall, he removes its entrails and places himself inside its body to stay warm. It is metaphorical and a contrast to the film’s bear attack scene, where the bear launches itself at him to protect its cubs. Being inside the horse is a mirror of when he was crushed underneath the bear, only now he understands the pain of an animal attempting to protect itself. These memorable episodes reflect the film’s narrative economics, using the landscapes, the action scenes and character development to divorce itself from gender stereotypes and comment on the physical and mental toll of compassion as one pursues revenge and becomes increasingly dehumanised. 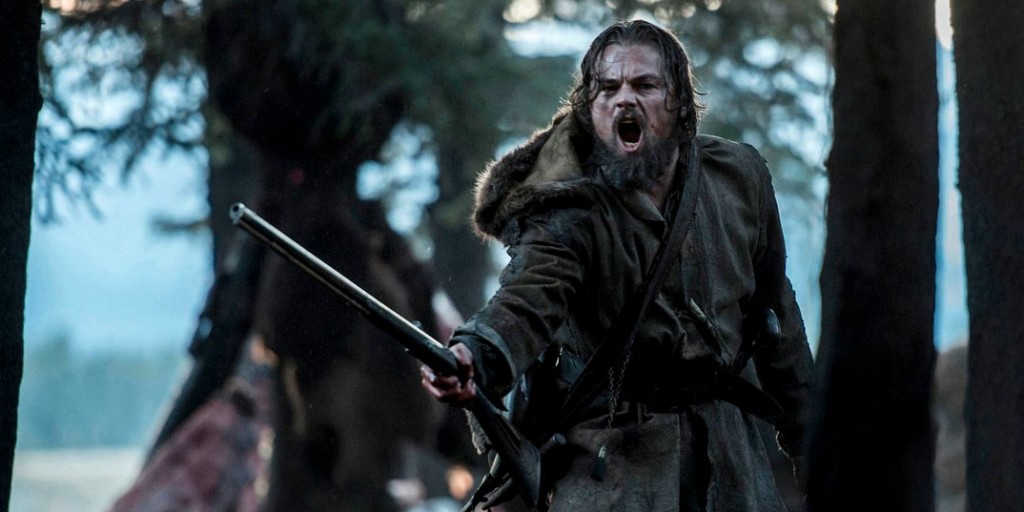 The final universal idea, applicable to men and women, is the film’s Biblical connotations. The Revenant is a Christian film, appropriating the betrayal of Christ to the frontier setting. The title of the film means resurrection and it is most glaringly referencing Christ’s ascension when Glass survives after nearly being buried to death. Similarly, the way Glass crawls and limps through the film is mirroring Christ bearing his cross and Fitzgerald is echoing the way Judas betrayed Christ to save his skin. The Biblical images are also visible in a dream sequence where the vision of a burnt out church sits behind the ghost of Glass’s son, which instills Christian values about the weight of family that drives people through mental and physical struggles. The strange, almostcomic image of Glass hugging a tree when his son fades could be reiterating the idea that children are the branches of a tree, an extension of their parents and the emotional weight they forge with them. In its closing stages, The Revenant sources the New Testament rather than the Old Testament by revealing revenge’s hollowness. While its final confrontation between two men appears like a generic showdown brawl, it is again skillfully combining its theme and images. As Fitzgerald and Glass tumble together, we are seeing two conflicting ideologies combating each other: self-preservation and the weight of compassion. Both become visibly inseparable and indistinguishable in their scruffiness and animal-like behaviour. Both characters perish in different ways because revenge in the film is an empty fight to restore those who can never return but remain as idealised memories that we use to twist our emotions and psyche. The Revenant’s core is to foreshadow the classic Western trope before the West was developed about the myth of righteous violence. It is the tragedy of any man or woman whose obsessions lead to violence and revenge, while failing to realise that no matter how much we push against the current, there are aspects of life, including death, that are unchanging and irreversible.

Summary: Iñárritu, presumably spurred by the difficulty of the frosty conditions, has realised the need for narrative discipline, using the images exclusively rather than dialogue to enhance its universal ideas such as self-preservation.