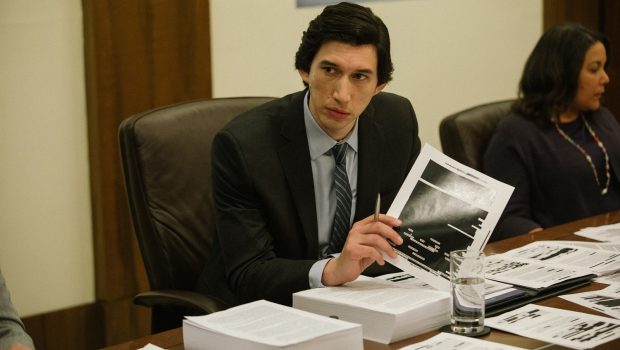 In the political thriller The Report, Adam Driver (Star Wars: The Force Awakens; BlacKkKlansman) plays Dan Jones. He is an optimist looking to pursue a political career in Washington. However, he is advised by Barack Obama’s White House Chief of Staff, Denis McDonough (John Hamm), to focus elsewhere. He is hired to work with Senator Dianne Feinstein (Annette Bening) on the Senate Intelligence Committee to review the CIA’s Detention and Interrogation Program. His assignment is to compile a report outlining the findings of an investigation into the Bush administration’s use of enhanced interrogation techniques (EIT) following the September 11 terrorist attacks. Dan establishes a research team within a secure, highly confined space and interviews witnesses. Flashbacks show the illegitimate practices of US torture agents and the officials who were ill-equipped to lead these heinous tasks under the nose of the Bush government.

Writer and director Scott Z. Burns uses a potent combination of skill and research to tell this true story. He learnt his trade from fellow director Steven Soderbergh. Together, they have made four movies, which have been dense political thrillers. One of their most interesting projects was The Informant (2009), a comedy-drama where Matt Damon played as a bumbling whistle-blower. Soderbergh also produced The Report too. A distinction of Burns’ direction includes using stylistic devices to underline crucial thematic points. He said he wanted to implement a clean visual style and a select number of close-up shots to maximise their power. Consequently, the film is photographed by Burns and cinematographer Eigil Bryld in a highly symmetrical form. A wide angle shot from the back of the Sensitive Compartmented Information Facility (SCIF) captures the containment and oppressiveness of the spatiality. The high security levels, enforced by the glass, steel, and concrete textures, heighten Dan’s isolation.

The flashbacks dramatising incidents of EIT offer a sharp visual contrast to the present day. They are filmed using handled cameras, which ensures the movements of the apparatus are looser and unpredictable. Similarly, the camera frame tilts to infer the disorientation and the claustrophobia established by the torturers and the chaos of their unregulated powers. The colour palette also differs from the present. The muddy, yellow aesthetic represents the grimy underbelly of illegal EITs inside the confines of tiny cells. The prisoners are chained up as deafening music pounds the walls of the room and then they are repeatedly waterboarded for answers. The deliberate visual binary, contrasting the bleak milieu of the past with a modern sterile aesthetic, creates a statement about immoral government practices hidden beneath the surface of a polished but corrupt political system. The two worlds collide the longer Dan pursues revelations. The claustrophobia and tightening frame characterise him as someone mentally imprisoned by his assignment. Later, a threat from Republicans to arrest him for the investigation means he risks becoming physically imprisoned too.

Burns’ intentions for making The Report include revisiting recent political history, highlighting revelations, and humanising dense political content. The film recalls how the Bush administration executed brutal acts of torture and allowed prisoners to be bullied, abused, and mistreated on deadly black sites. The images evoke the chilling vision from the Abu Ghraib prison where inmates were put on leashes by American prison guards and suffered from other heinous acts. The film’s most shocking revelation details how two psychiatrists were provided over US$80m to run a CIA interrogation programme without experience in this field or intelligence-gathering. Additionally, we are reminded that EIT, such as waterboarding a prisoner 183 times, is ineffectual and without meaningful scientific basis. It is hard not to scoff when an interrogator declares, ‘the truth is, he’s lying!’ Bush was apparently oblivious about the programme for six years yet Condoleezza Rice, his Secretary of State, re‑certified torture practices. As a result of these scandals, The Report lingers in a place of anger but also hope. Burns wanted to mirror classic films about people standing up to the political system who would not be silenced by existing power structures. The political films of the 1970s, including The Parallax View (1974), Three Days of the Condor (1975), and All the President’s Men (1976), were his inspirations. 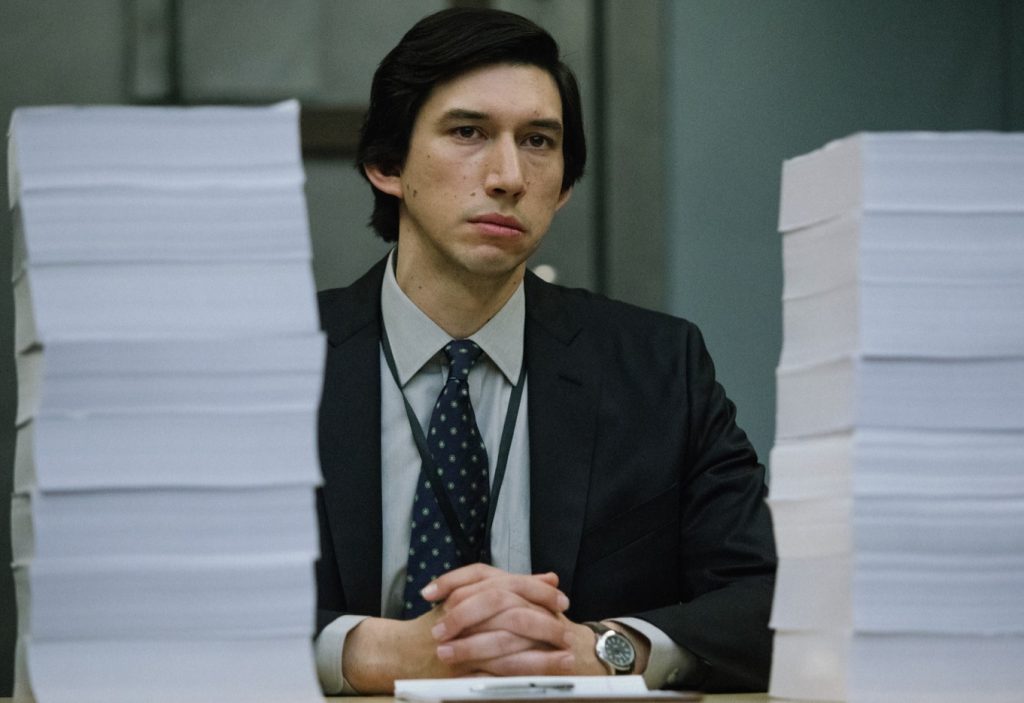 The film is an engaging history lesson and buoyed by its lead performance and coherent presentation. Adam Driver has previously worked with several major filmmakers, including Martin Scorsese, Noah Baumbach, Spike Lee, and Jim Jarmusch. He continues to prove his versatility through his stern, minimalist performance. His stony face personifies Dan’s transition from clear-headed determination to an obsessive drive to complete the 525‑page report, which summarised the still-classified 6,700-page review of the CIA programme. Driver tempers Dan with a growing anxiety as his time within the SCIF increases. The resignation of his staffers and threats from conservatives further increases the pressure. Burns has said he deliberately omitted Dan’s inner life. While understandably sidestepping cliché, some personal insight would have strengthened Dan’s motives for the truth and dissolved the information’s density. Fortunately, Burns’ skills as a filmmaker ensure the content formulates into a mostly effective and well-realised drama. It is a gut-wrenching examination of past crimes and the necessity for all major political bodies to offer transparency.

Summary: A gut-wrenching examination of past crimes and the necessity for all major political bodies to offer transparency.