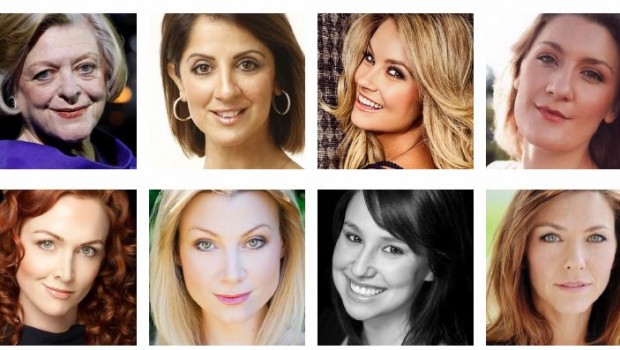 Broadway legend, Jerry Herman created JERRY’S GIRLS to showcase his best loved songs from his greatest musicals.  His iconic show stoppers include Hello, Dolly!, I Am What I Am, Wherever He Ain’t, Mame, Before The Parade Passes By, Bosom Buddies, I Won’t Send Roses, Put on Your Sunday Clothes, Tap Your Troubles Away and Time Heals Everything.

Created from a concept by Larry Alford, Wayne Cilento and Jerry Herman and featuring the music and lyrics of Jerry Herman, The Production Company is staging JERRY’S GIRLS for a season of 20 performances at Arts Centre Melbourne opening on 21 November. Two extra performances on Sundays November 29 and December 6 go on sale 9am next Monday.

Each Leading Lady plays a version of herself in this fun and intimate look at the backstage mayhem and onstage razzle dazzle of show business. Bryant and Hallsworth are contextualising the songs to give drive and comedy to the evening, moving between two worlds: the show itself and the rehearsal process.

Light-hearted and funny, audiences will discover the thrill of what it’s like to rehearse and perform in a musical and

the unique joy of the creative process.

Orchestra Victoria plays for all performances.

For full details of the shows go to www.theproductioncompany.com.au.