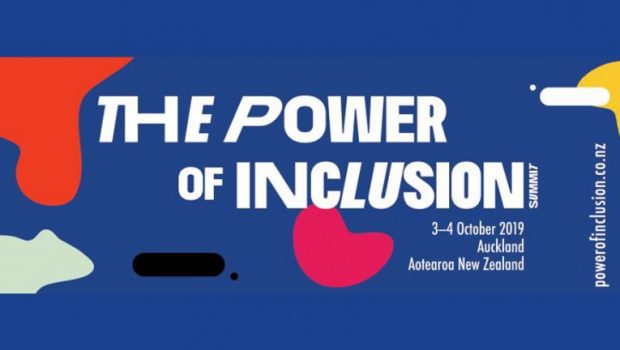 THE POWER OF INCLUSION ADDS A NEW WAVE OF SPEAKERS

Featuring over 35 speaker from around the world, in a two day programme that includes case studies, panels, conversations and keynotes.

The Power of Inclusion summit has added more multi-hyphenate, courageous and inspiring speakers to its line-up, who will come together in Auckland, Aotearoa New Zealand on 3rd and 4th October 2019, to focus on pertinent issues in the inclusion and representation space in the screen, entertainment and technology landscape.

The Power of Inclusion summit will bring people together, presenting a myriad of world views and positing future action to create a more inclusive industry and world; all enveloped in the special environment that Aotearoa New Zealand and its peoples have to offer.

Jones said, “I am honoured to represent our distribution collaborative, ARRAY at The Power of Inclusion summit. ARRAY has a ten year history of amplifying filmmakers of colour and women on and off the screen, including our recent 23rd film acquisition MERATA by Māori filmmaker Hepi Mita. Joining together with artists and advocates for change in New Zealand is pivotal as we work towards a more inclusive entertainment landscape around the world.”

Szubanski said, “During the Nazi Occupation my Catholic Polish family risked their lives to hide Jewish people. This history has taught me how imperative it is to hold together the social fabric that binds us. New Zealand has become a leading light in the struggle against the forces of hate and fear that threaten to pull our world apart. I totally support the kaupapa of this summit and am thrilled to join my Kiwi cousins in helping to build a world of compassion and connection.”

Shurer said, “On MOANA, I had the honour of collaborating with so many talented Pasifika and Māori actors, composers and educators, many of whom call Aotearoa home, and I am so thrilled to be returning for The Power of Inclusion.”

The summit will be hosted by the New Zealand Film Commission (NZFC) and Women in Film and Television International (WIFTI), with support from The Walt Disney Studios. It will take place at Aotea Centre on 3rd and 4th October 2019 in Auckland, Aotearoa New Zealand.

Full programme and final speakers to be announced. For more information including registration, please go to powerofinclusion.co.nz.